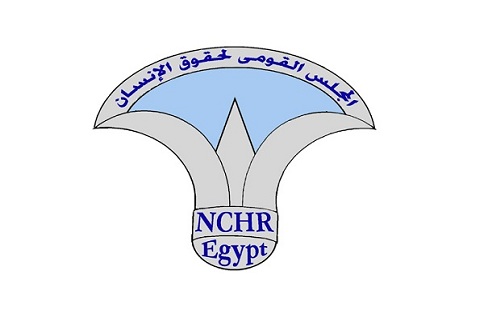 A few days ago, the Egyptian the National Council for Human Rights issued its annual report which confirms what has been well-known to everyone that there is a real human rights crisis in Egypt; a decline in both of civil and political rights, in addition to a huge expansion in the use of execution penalty. The importance of the report comes from being issued by an official institution affiliated to the government. However, the gentle phrases were used in the report to provide truth in a manner that doesn’t embrace al-Sisi, but what lies beyond tells the truth.

The authorities don’t welcome peaceful protests
The report confirmed that the public arena has been narrowed down through precautions and measures restricting in nature which created a public spirit of the huge decline of freedoms space. The country still needs more procedures and applications to open the public arena for the freedoms of expression, assembly, and association; especially while the elections of parliament and senate are approaching in addition to the preparation for local councils elections. The report explained that there is a widespread impression that the authorities don’t welcome peaceful protests. The report called on the regime to facilitate the peaceful assemblies and urging them to be committed to that law, instead of arresting some of the violating persons in an administrative way and pretrial arrest that keeping them in custody on remand and trial although their acts don’t include violence or violation to the peaceful way as what happened in many public assemblies within the previous years. The report indicated that there are restrictions on parties however its growing number to be more than 100 licensed parties, but there are many opponents who were arrested and subjected to prosecution. Also, the report attacked the actions taken by the Supreme Council for Media Regulation. The report described saying: “tend to limit freedoms” which is obvious in the penalties list created by the Council. This list includes broad expressions give the right to withdraw licenses, ban broadcasting and media institutions and website blocking. Also, there is some kind of unhealthy imposed observation on news circulated represented in concrete actions as blocking several newspapers and websites. The report criticized the no-issuance of the freedom of information law. The report affirmed that despite the availability of two bills, none of them have been reviewed by the cabinet. Additionally, there are no other bills proposed on the parliament which represented a huge gap in the basics of freedom of expression.

The Human Rights are linked to terrorism and the regional conditions
The report emphasized the consequences of terror challenges and the regional instability, which puts various difficulties in the way of all kinds of human rights activation progress. The level of civil and political human rights activation is still below expectations. (This might include a hidden message about the use of terrorism as an excuse to impose a permanent state of emergency and arrest opponents, in addition to exploiting the situation of neighboring countries to justify the repressive measures) The report indicated that terrorism is a major challenge facing the protection and respecting the basic rights. But, the imbalance between respecting human rights and fighting terrorism efforts still an essential gab against the efforts of progress in the human rights file in addition to the other normal challenges.

The state does not provide a decent living for society
The report confirmed that the measures taken by the state to mitigate the burdens resulted from “the economic reform” don’t provide the expected decent living for the society, which indicated through the index of the Central Agency for Public Mobilization and Statistics that recorded the growth of poverty Rate from 27% in 2018 up to 32% in 2019. The high prices of fuel represented an additional element of pressure on the poorest because of its influence on energy use and transportation which affects the commodities prices, in addition to the influence on the middle class; especially those who aren’t included in Supply Subsidies System. Especially since it mainly bears the cost of health services and education through the private sector besides its contribution with the largest share of public taxation whether it was in a collective or individual way. The report hailed the state efforts in the fields of housing and related rights. While emphasizing the increasing social burdens; as a result of the high prices of power, water and sanitation, which represents the cornerstone in the suffering of the largest sector of inhabitants especially for the middle and poor classes. The report requested state to achieve the balance of the income balance among the different social segments from one hand, and the cost of living in all of its aspects that provide basic services from the other hand. The report also hailed the state efforts to reduce the unemployment rates from 9.8% down to 7.5%, but it pointed to experts warning that these positive indicators do not reflect reality; as numbers of workers in national projects may revert to unemployment after completion of these projects that takes from one to five years of work.

Unsupervised custody
The Egyptian the National Council for Human Rights confirmed receiving several complaints about deaths on suspicion of torture in detention places, but it didn’t clarify whether if it conducted any investigations in such complaints or if there any results of suchm investigations are evading its responsibility in this regard. The Council was sufficient with expressing its concerns about the cancellation of the issued penalties against the accused of torture crimes in some trials since the end of 2018. The Council renewed its call on the authorities to modify the penal law for harsher punishment against the convicted with committing torture, banning the use of mercy to decrease the level of penalties and the necessity of implementing the accessory penalties which provides the dismissal of the public official from his position in case of being convicted. The report criticized that the laws are focused on the victim or the accused only, while ignoring victims other than the accused as the suspected and the accused’s relatives who are being used to pressure the accused. The Report indicated that there are detention places which have no judicial supervision as mental health hospitals. It also emphasized on the necessity of forensic independence in light of its critical role in the direction of torture crimes, besides emphasizing on the necessity of providing it with the needed capabilities to fulfill its responsibilities. The Report recommended allowing the visits of civil society organizations to prisons and detention places and to respond to the demands of the International Committee of the Red Cross to visit the prisons.

Pretrial detention is a penalty per se
The National Council for Human Rights explained that It demanded the Ministry of Interior respond to its requests to visit the prisons and detention places. The Council emphasized that the repeated delay; based on the request of the Ministry of Interior, for the upcoming visits remains an issue of concern for the council and promotes the narratives of the violations of the rights of prisoners and detainees. The Council added that during its permitted visits to prisons its mission wasn’t allowed to enter the wards of the prisoners arguing that such thing required previous permission from the public prosecution. Also, the council noted that the small age of a large number of female prisoners inside the prison and through talking with some of them it turned out they are uneducated. The report confirmed the suffering of prisoners’ families during the visits. It demanded to develop an organized and effective mechanism to the visits, in addition, to remove the prisoners to prisons near the residences of their relatives to reduce the burden on the shoulders of such families. The Report criticized the expansion of pretrial and on remand detention for the accused within the investigations, which makes the long pretrial detention represent nonjudicial penalty for the accused; especially with the absence of the maximum limit of pretrial detention for the accused with crimes that its penalty is life imprisonment or death. It added that the acquittal verdicts issued by criminal courts and especially by the Court of Cassation are on the behalf of large numbers of long term pretrial detainees; it may reach 4 years, which results in fatal harms because of the expansion of pretrial precautions in a way goes beyond the concept, in addition to the material and moral harm suffered by the accused; whose innocence is proven, and their families. The report confirmed that: “tens of political opponents who aren’t affiliated with the organization that supports terrorism spent long-term periods in detention, which understood as an attempt to curb their opposition political activity in contradiction to the political trends of the state.”

The Expansion in Execution Penalty Distorts Egypt’s image
The report monitored the continuous expansion of the issuance of execution penalties as it casting dark shadows on the country’s image globally about the situation of human rights. Especially with the international current that tends to the cancellation of the penalty or keeping it banned officially or practically; which is the approach followed by several Arabian countries includes Alegria, Tunisia, Morocco, and Lebanon. The report called on the limitation of the execution penalty, making it limited to the harshest crimes under the international agreement and reviewing the penal law issued in 1937 and updating it in a way that reduces that drive to the use of the execution penalty, in addition to bridging the gaps through criminalizing all kinds of torture and adopting an alternative approach instead of the custodial sentences in light crimes.