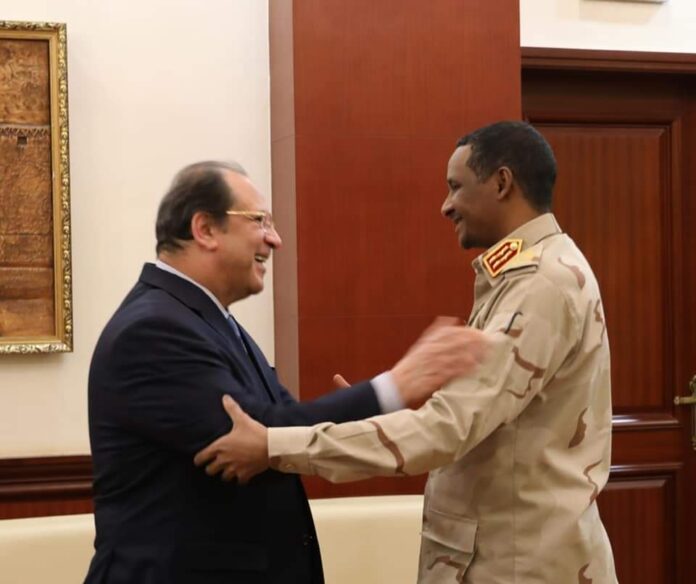 Abdel Fattah al-Sisi met, on Wednesday, with Abbas Kamel, the manager of General Intelligence, after he arrived back from Sudan after a brief visit, which was supposed to be with the purpose of persuading Sudan to return to the tripartite negotiations over the Grand Ethiopian Renaissance Dam.

“The meeting was to revise the recent international and regional developments where the manager of General Intelligence showed the president the results of his foreign visits,” said the spokesman of the Egyptian Presidency on Facebook.

Abbas Kamel met with Abdel Fattah al-Burhan, the president of the sovereign council in Sudan, and his deputy Mohamed Hamdan Dagalo, on Monday in Khartoum. The statement of the sovereign council said that the meeting was to discuss the issues of common interest between the two states. Kamel’s visit came after the absence of Sudan from a decided meeting between Egypt, Sudan and Ethiopia in a new round of GERD negotiations sponsored by South Africa which assumes the presidency of the African Union in its current round.

Khartoum said that its absence resulted from the refusal of its demand to hold bilateral meetings between each country and the experts assigned by the African Union to participate in the negotiations. The absence of Sudan puts Egypt in a critical situation in the complicated negotiations with Ethiopia as Egypt considers Sudan an ally in this issue.