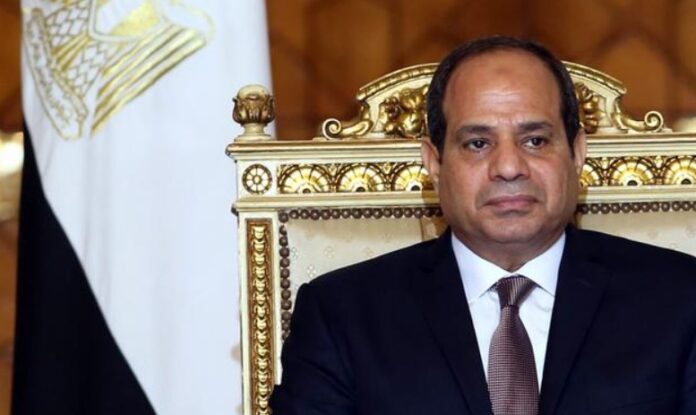 General Abdel Fattah al-Sisi surprised the Egyptians by making a new promise of great achievements after three years, repeating promises that he had made repeatedly for varying periods of time. Continuing al-Sisi’s promises of prosperity to the Egyptians, he said during the inauguration of a fish farming project in Port Said (northeast of the country), on 23 January 2021: “You will see Egypt within three years.” He added, “We will enter the countryside within three years, and we will get out of it again with a new Egypt,” referring to a project that promised to develop 1,500 villages in the Egyptian countryside.

Al-Sisi started his series of promises early while he was still in his military uniform, as he said in March 2014, his famous sentence: “Tomorrow, you and the world will see Egypt, it is the mother of the world, and you will remain in the world.” In a second promise he made six months later, al-Sisi told the Egyptians in September 2014: “Be patient with me for two years and hold me accountable.” He promised the Egyptians after a year of his rule, and in June 2015: “Two years too, and you will be surprised by how Egypt has remained.” However, with the close of that deadline, he said at the end of December 2016: “Be patient with me for six months only.”

However, he repeated the same promise on 24 July 2018, without specifying a period of time for his new promise: “Be patient, and you will see the wonders in Egypt.” With the announcement of his government’s move to the New Administrative Capital, he said in October 2018: “I will show you a second country on June 30, 2020,” a promise that has not yet been fulfilled.

On July 31, 2019, he repeated his first and famous promise: “Tomorrow, see Egypt,” but added to it: “In its new form, Egypt will be new in all fields.” With the launch of the wave of Egyptian demonstrations against al-Sisi in September 2019, he demanded that the Egyptians settle for his rule first so that he would achieve prosperity for them, as he said on November 5, 2019, that in return for stability, he would implement “development plans and ten times more.”

Despite the passage of more than six years since al-Sisi took power, promises were repeated from him and his media; after 2015 was the promised prosperity year, the promise was delayed until 2016 with demands for patience. It was postponed to 2017 and then to 2018 and 2019. A few months ago, the last promise was that by the end of June 2020, “Egypt would become a completely new, pure country.” However, nothing happened. After six years, the state of the media in Egypt has not changed, which is divided between supporters of al-Sisi who believe his promises every time, seeks excuses to delay achieving them, and sheds light on what he sees as achievements made, and between an opposition that believes that al-Sisi has only achieved an increase in debt, corruption, injustice, and poverty.

In exchange for these promises, on the economic level, the local Egyptian currency, the pound, reached its lowest level since its inception and continues to decline, in addition to factories that have been disrupted and livelihoods cut off. These declines greatly impacted the flight of minds and investments abroad, searching for an alternative homeland and a safe refuge to live in with dignity. Al-Sisi took power when the US dollar price against the Egyptian pound was EGP 6.70; after six years of his coup the dollar was worth EGP 17. This significant increase came after a decision issued on 3 November 2016 to float the Egyptian pound, as a response to one of the International Monetary Fund conditions to agree to grant Egypt a $12 billion loan over three years.

As for public debt, the Central Bank of Egypt announced, on Wednesday, that the volume of foreign debts owed by Egypt rose to about $112.67 billion at the end of December 2019, compared to $96.61 billion at the end of December 2018, achieving an increase of 16.6 per cent. It was estimated at $16.1 billion annually. Bank data showed an increase in the volume of external debt by $3.31 billion during the last quarter of last year, and long-term debt acquired 89.9 per cent of the total Egyptian external debt, valued at about $101.4 billion. External debt owed by banks recorded an increase of $1.1 billion during 2019, to reach $8.74 billion at the end of the year, compared to $7.69 billion at the end of 2018, while it decreased during the last quarter of last year, from $9.2 billion in September 2018. Short-term debt is estimated at $3.37 billion. Thus, external debt in Egypt has risen by up to 145 per cent, since Abdel Fattah al-Sisi came to power in mid-2014, as the foreign debts at that time did not exceed $46 billion, as a result of his expansion in borrowing from abroad to finance projects that were not economically feasible, similar to the branch of the Suez Canal, and the new administrative capital.

As for education, it has reached its lowest level, and the leakage of exams has become a common phenomenon amid that system. Egyptians criticised the deletion of all Islamic educational curricula as prevalent and rampant in the educational system under the pretext of development. The future of education is collapsing year after year, even day after day. The government is moving towards privatising public education, so the path towards legalised privatisation began with establishing experimental schools, which teach the ministry’s curricula in a foreign language in exchange for higher fees, providing an alternative to private education in foreign languages. In 2018, the government started establishing intergovernmental schools operating under the British system at a lower cost than private international education. Even under the Japanese model, which was supposed to be free, parents spent more than EGP 10,000 to enroll their children.

Egypt’s status has declined dramatically at the international and regional levels. After Egypt was a leading country and an exporter of everything, it now suffers from poverty in everything – poverty in agriculture, poverty in industry, and poverty in trade. The country retreated during the reign of al-Sisi until it begged for mediation to help it from Ethiopian intransigence in completing the construction of the Renaissance Dam, not only this but also filling it the way Addis Ababa wanted. Regionally, Egypt lost its mediating role in an issue at the core of its national security and also in Libya, Palestine and other regional issues.

The former Egypt President was killed slowly through medical neglect