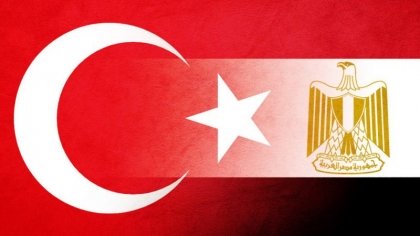 The Turkish president’s special envoy to Iraq, Veysel Eroglu, said that Turkey is ready to cooperate with Egypt in all fields, pointing out that the Turkish people love the Egyptian people and vice versa.

“If Egypt headed towards us a step, we would hurry to them,” said Eroglu in a TV interview with Al Jazeera Mubasher.

The Turkish high-profile official added that Turkey could mediate a settlement to the Grand Ethiopian Renaissance Dam crisis. Eroglu pointed out that Turkey has a lot of experts in such issues regarding its experience with Iraq over the Euphrates River.

Eroglu expressed Turkey’s desire to cooperate with all Arab and Islamic countries through economic and political connections. “Turkey has no ambitions in any other country,” said Eroglu. “The history confirms that from the Seljuk Empire to the Ottoman, Turkey was keen on supporting other countries and protecting their people.” Eroglu affirmed that the Turkish role in Libya protects it from “imperialist states,” which try to divide Libya to exploit its wealth.