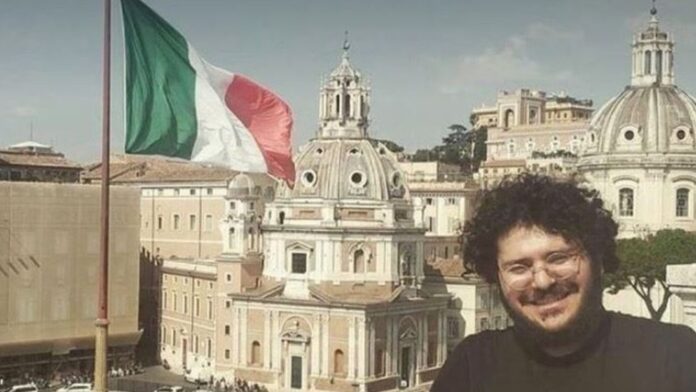 Italian journalist Gaston Zama revealed that the Egyptian authorities refused to give him permission to visit Egypt to prepare a photography report about the Egyptian-Italian researcher, Patrick George Zaki.

Zaki is a researcher working for the Egyptian Initiative for Personal Rights, and is studying for a master’s course at the University of Bologna, Italy. He was arrested in January 2020 when he was on a visit to Egypt, and was charged with publishing false news, incitement to demonstration without permission, incitement to overthrow the ruling regime, and administrating social media accounts for the purpose of harming Egyptian national security.

Zaki’s case garnered great interest in Italy because of what happened to Giulio Regeni, the Italian researcher who was tortured to death by Egyptian policemen. Accordingly, the Italian senate approved giving Zaki Italian nationality so that Italy could intervene to protect him and demand his release. This is not the first time Egyptian authorities have stopped foreign journalists working in Egypt, as they fear coverage of human rights violations committed by the Egyptian police state.

Zama stated that he wanted to complete his coverage of Zaki’s case, which he began with a report for Le Iene TV show on the Italia 1 TV, by coming to Egypt. Last January, Zama contacted the Italian embassy in Cairo and the embassy told him that he has to apply for permission through the embassy itself.

In April, the producer asked Egypt for the permission and the embassy sent Zama’s application to the Egyptian State Information Service, which is the official agency which authorises foreign journalists in Egypt. Months later, the embassy told Zama that his application had been refused, and the SIS said it was because Zaki had not yet been sentenced. “Perhaps after the sentence, your application could be approved,” the embassy reported to Zama.

The Italian reporter and photographer denounced the Egyptian decision and explanation, considering it as “a false cause.” “Zaki has been detained for one and a half years, so why can’t I make a report now? There is no reason to wait for the sentence,” Zama added explaining that such a measure was not required in any other country. “In other countries, only a working visa was required.”

In February 2019, the Egyptian authorities arrested the well-known American journalist David Kirkpatrick just after his arrival at Cairo, and forced him to depart back to London. Kirkpatrick worked as the manager of New York Times Cairo office between 2011 and 2015. In 2018, he published, “Into the Hands of the Soldiers,” a book about his experience in Egypt and the overthrow of the democratic president Mohamed Morsi. Another case was Bel Trew, The Times’ correspondent in Cairo, who was arrested by the Egyptian authorities and driven to the airport to be deported to London immediately. This was because Trew was conducting a report about a boat of immigrants which sank on its way to Europe.