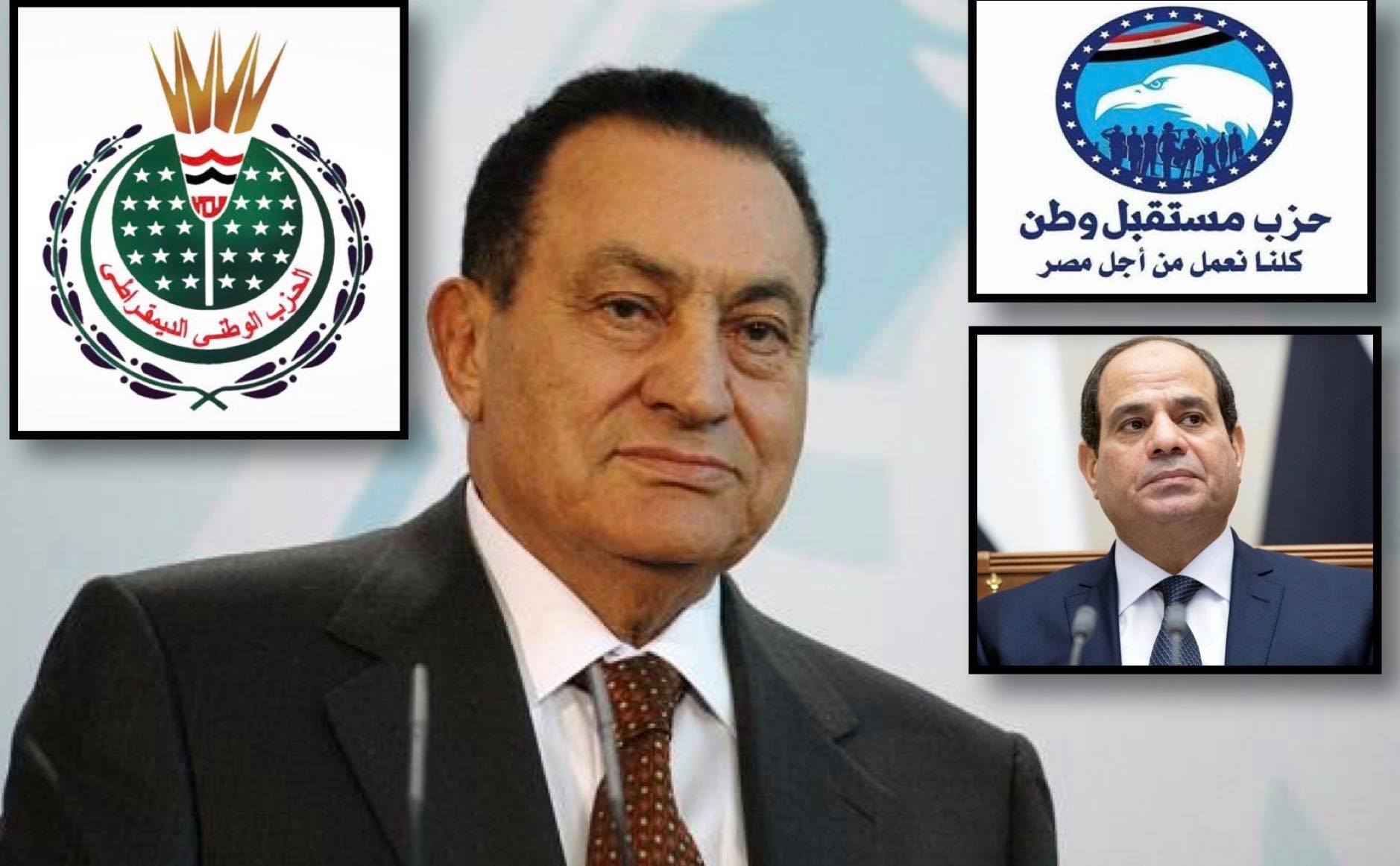 The National Security Agency (internal intelligence affiliated with the Interior Ministry) has revitalised the dissolved National Party, which was ruling the country during the previous president, Hosni Mubarak. National Party members have been merged with the Home Future Party in preparation for the upcoming parliamentary elections in November 2020. Political sources confirm that the National Security Agency intensified these steps to complete arrangements for the return of a number of politicians and businessmen affiliated with the regime of ousted Egyptian President Hosni Mubarak to politics so they can run in the upcoming parliamentary elections.

These arrangements included the appointment of Egyptian businessman, Mohamed Aboul Enein as vice-president of the Nation’s Future Party. Aboul Enein is the owner of the Sada al-Balad TV channel, and is close to the Egyptian Intelligence Service. He was also a prominent leader in the National Party during Mubarak’s rule. The former parliament member and businessman Mohamed Aboul Enein is currently being pushed to contest the complementary parliament elections in the Giza district, near the capital, after the death of parliament member Mohamed Badawi Desouky.

Media sources said that it is expected the presidency of one of the parliamentary committees will be assigned to Aboul Enein in the coming period. Ahmed Ezz , the secretary of the now dissolved National Party, the former MP Hisham Talaat Mustafa and Jihad Odeh, a member of the Secretariat of Policies of the National Party, are expected to play prominent roles. These sources confirmed to Egypt Watch that these arrangements have been made with direct orders from the National Security Agency and the General Intelligence Service. Political sources say leaders of the National Security Agency held meetings in all governorates, with members of the dissolved National Party and a number of businessmen. These meetings were held to agree on integrating them into the Nation’s Future Party, and granting them leadership positions in the party’s structures within its new version, as part of preparations for the elections for the House and Senate scheduled for November.
One of those former leaders of the National Party said that the national security apparatus and decision-makers in the regime realised that they could not build a parliament without drawing on the party’s old experiences specifically on the issue of elections. He considered that “political life in Egypt is different from anywhere else, which is not perceived by the present political elites in Egypt.” He explained that the vast majority of voters are poor, whilst in the governorates of Upper Egypt they are controlled by tribes, families and their elders. He added: “Initially, those responsible for managing policy, who were from the General Intelligence Service, wanted to choose the candidates for the elections, from young people or personalities who do not have political experience who appeared after June 30, 2013, then they ask us to finance party activities, without being in the lead or appearing in the scene, and this was not true or successful.” The source pointed out that “things have now returned to normal. We are the ones who mobilise in national events and take the lead in the local scene and control the street.”

General Abdel Fattah al-Sisi’s regime relies on the money that will be pumped into the party by figures from the Mubarak regime to regain their influence, as part of arrangements being made to revitalise political life and strengthen al-Sisi. Egypt has three upcoming elections, the first of which is for The House of Representatives, the second is the elections for the senate which was activated after the amendment of the constitution last April, and the third is for local council elections, all of which are scheduled to take place at the end of this year 2020, and next year 2021.