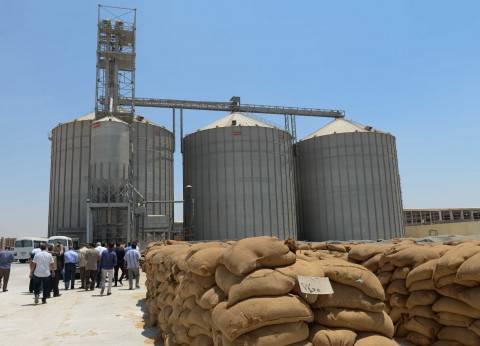 The Egyptian government is facing a major crisis in storing wheat that will be collected from farmers at the beginning of next April, despite the fact that Egypt planted 3.62 million feddans of wheat for the current season 2022, which represents the largest area ever in its history. Although the Egyptian government seeks to increase its purchase of wheat from farmers to about 6 million tons this season, the official declared storage capacities are only 3.4 million tons, which means a deficit of more than 2.5 million tons.

The Egyptian government spent about 50 billion pounds within what is called the national project for silos to store wheat, in coordination with the UAE state. This project was established in 17 governorates in cooperation with the Engineering Authority of the Armed Forces. Egypt produces from 250 to 270 million loaves of bread per day, according to the statistics of the Central Agency for Public Mobilization and Statistics. In 2016, a fact-finding committee was formed to examine the quantities of wheat, and its goal was to save the wasted wheat, as it was recorded that numbers on paper are not matching the reality. According to experts, in order to maintain the storage capacities of wheat, there had to be modern technology to preserve it throughout the year. It is known that the goal of silos is to not waste wheat, especially that this waste can reach from 10 to 15%.

Anger among Egyptian farmers due to the low import price of wheat:

Farmers are angry, because the price for buying wheat announced by the government will be 820 pounds per ardeb (which is about 150 Kg). Wheat farmers in Egypt are demanding an increase in the supply price by 22% of what the government offers, and therefore raising it from 820 pounds to 1,000 pounds per ardeb, given the increase in fertilizer prices and the cost of labor, in addition to the lack of global supply of the basic primary commodities. The wheat planting season starts from mid-November until the end of January, while the harvest season starts from mid-April until mid-July.

Wheat farmers in Egypt believe that the price offered by the government is not suitable for them given the high cost of fertilizers. They demand an increase in the purchase price or subsidies and a decrease in fertilizer prices. In an attempt to get out of the current crisis, Egyptian President Abdel-Fattah El-Sisi recently ordered to supply an additional price for local wheat ardebs for the current agricultural season, to encourage farmers to supply the largest possible quantity, but prices are still the same as they stand at the supply price of 820 pounds per ardeb since the President’s meeting with the Prime Minister Mostafa Madbouly on March 13, 2022.

On March 14, the Egyptian Ministry of Supply announced the start of the 2022 local wheat supply season on the first of April instead of the 15th of the same month, stressing that this move aims to purchase about 6 million tons of local wheat by the end of the supply season in August 2022, as the supply will be in favor of The General Authority for Supply Commodities affiliated to the Ministry of Supply and Internal Trade.

Global wheat prices rose by about 50% due to the Russian war on Ukraine, as the two countries constitute about a third of global exports of important food commodities. Egypt produces up to 10 million tons of wheat annually, while the volume of consumption is 18 million tons. This constitutes a gap of about 8 million tons, which is filled by import from abroad. According to the Egyptian Minister of Finance, Mohamed Maait, the government allocated 170 billion pounds to confront the actual crisis.

Egypt is one of the countries that was severely affected by the Russian-Ukrainian war, due to its heavy dependence on imports from Russia, Ukraine and Romania. It is also the largest importer of wheat in the world, as it purchased about 12.9 million tons from abroad in 2020 for the government and the private sector, at a value of $3.2 billion, according to the Central Agency for Public Mobilization and Statistics.

A dispute inside the Egyptian church over the political attitude of...