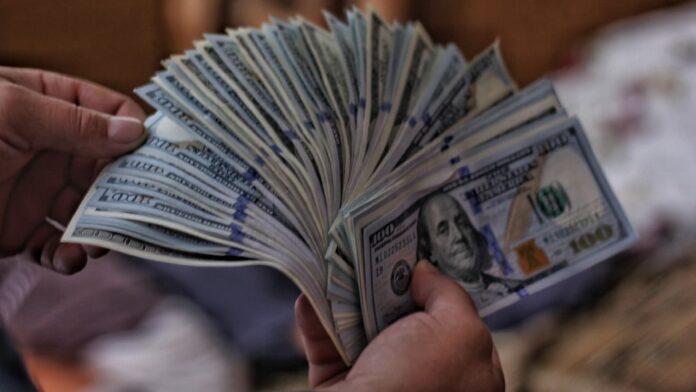 The dollar shortage crisis in Egypt, which began at the beginning of this year, has exacerbated the possibility of affecting the primary diet of Egyptians, such as wheat, pasta, eggs and meat. At the same time, the crisis has affected the pharmaceutical market, whose prices have risen significantly amid a severe shortage of cancer medicines and dental anaesthetics.

The Chamber of Grain and its Products Industry in the Federation of Egyptian Industries, a few days ago, sent letters to the Ministries of Supply, Trade and Industry, as well as to the Central Bank, to inform them that 80% of the private sector mills had stopped working, after no quantities of wheat entered the market, since the beginning of this month except small amounts, which will affect multiple commodities, including ration pasta. The letter pointed out that about 700,000 tons of wheat are supplied to the private sector in Egyptian ports, whose delivery to their importers depends on obtaining dollars, which banks have not done so far. According to the import rules in force in Egypt since last February, importers must provide the total price of their imports to allow the ports to release the seized shipments.

The letter of the Chamber of Grain Industry indicated that from the seventh of September until now, no wheat had been supplied to the private sector mills, except for limited quantities that do not exceed 3,000 tons at most, while the average monthly consumption is about 450-500 thousand tons. It is essential to manufacture many important food commodities for the Egyptians, such as tourist bread (free), baguette, biscuits, and pasta. The government had previously pledged to make food and medicine a priority in managing the dollar, “but now there are no priorities for anyone because there are no dollars anywhere. The government is hardly paying the interest on the loans, and if there is any money left, it will try to enter the important needs, but in tiny quantities, which is not enough,” according to a source in the mill’s sector.

The effects of the wheat shortage appeared on the flour prices, which rose in the market from eight thousand pounds per ton until it exceeded 11 thousand pounds, which sources say may lead to a significant increase in the prices of fino bread to reach three pounds instead of one pound per loaf currently, in conjunction with the start of the school year. The dollar crisis not only affected wheat products but also extended to most animal protein products, which depend mainly on feed ingredients, most of which Egypt imports from abroad, and are also stuck in ports, which affected animal feed prices, and led to an increase in prices Protein products: eggs, meat and dairy.

Dr Tharwat Al-Zeini, Vice-President of the General Union of Poultry Producers, said that the poultry industry would witness a significant disaster in the coming days as a result of the lack of raw materials needed for the feed industry, stressing that breeders cannot introduce new production cycles on farms, due to the high prices of feed. Al-Zayn explained that many factories stopped producing feed and appealed to the Central Bank about the need to quickly release the raw materials in ports to save the feed industry.

On the other hand, the dollar shortage crisis led to a severe shortage of dental anaesthetics, which led to the complete suspension of many dental clinics due to the high prices of the substance on the black market and the difficulty of obtaining it due to the scarcity of quantity, according to the head of the Dentists Syndicate, Dr Ihab Heikal. The price of a “dental anaesthetic” package increased from 250 pounds to 1,500 pounds, forcing dental clinics to raise the costs of their services.

The Dentists’ Syndicate contacted the Government’s Unified Purchase Authority, the Medicines Authority and the Central Bank to besiege the black market and provide the commodity in official pharmacies, in addition to facilitating transfer and customs procedures for importers and intervening to provide the dollars needed to release two shipments of dental anaesthetics held in Spain to resolve the crisis. The crisis extended to the entire pharmaceutical market, witnessing turmoil, price discrepancies, and a shortage of vital types, such as cancer drugs.

The Governmental Oncology Institute had to postpone the appointments of some treatment sessions due to the delay of some medications. According to testimonies of patients undergoing chemotherapy at the institute, the remaining amounts in ampoules and vials used for one patient are collected to catch up with the total dose of another patient to remedy the crisis and fix the problem. The prices of 400 medicinal brands recently increased, which the Pharmaceutical Division attributed to the increase in prices due to the lack of global supplies as a result of the repercussions of the Ukrainian war, in addition to the rise in freight prices and the dollar crisis in Egypt.

The first phase of parliamentary elections concludes in boycott

Abdel Fotouh takes scant breaths within the four walls of his...