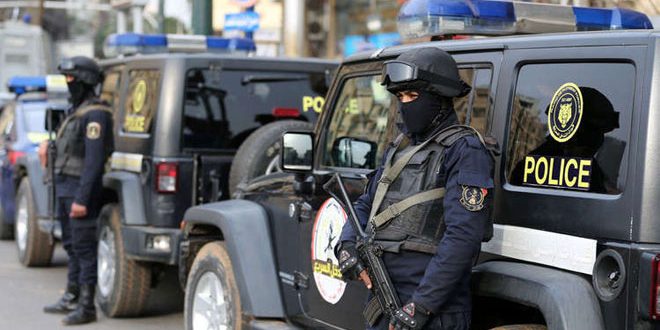 On January 15, the House of Representatives approved the amendments to the Police Authority Law, No. 109 of 1971, which the government finally submitted, and as usual, without parliament making any amendments to the government proposal. The new amendment in the law, specifically in the last paragraph of Article 4, which previously stipulated that the decisions of the Supreme Council of Police must be issued with “causes.” However, the new amendment cancels that compulsory and makes decisions without “reasons.” This law also allows workers in the sector to exit from Service based on “unfitness” or for disciplinary reasons, unlike in the past, where the decision was for the Supreme Council of Police alone instead of the directors of security and public administrations.

The Supreme Council of Police consists of several senior officers along with the head of the fatwa (legal opinion) department of the State Council. It has a broad mission of assisting the Minister of Interior in organizing the commission and managing the affairs of the members, provided that the minister appoints the members and the president. And although a deputy from the “independent” Egyptian Social Democratic Party rejected the first amendment and demanded that the right to know the reason to be given to the victim, the Minister of Parliamentary Affairs, Alaa Fouad, responded by saying that “the decisions of the Supreme Police Council against a member of the apparatus must be notified, it is customary in the law that decisions are not obligatory to mention reasons for security considerations.”

These amendments were not the first of their kind. In 2020, the previous parliament had already made two amendments to this law, a prelude to the current amendment. The recent amendment may repeat those above, with more emphasis. The first amendment, at the time, related to facilitating the convening of the Supreme Council of Police so that it is optional to complete a quorum with a full majority to hold meetings. The second amendment is related to extending the ranks of colonel, brigadier general, and higher levels by choosing among competencies capable of “implementing the security plans of the ministry in light of the state’s general policy, and following what is decided by the Supreme Council of the Police Authority.”

At that time, a warning was issued against decisions to stop the tide and referral to an unjustified pension. Still, the Speaker of Parliament at the time, Ali Abdel Aal, replied, “All decisions are subjected to judicial oversight, and the issue of referral to a pension is not done in a moody manner, but according to objective justifications.” However, with the new amendments, the retirement pension will not only occur in a moody manner and without objective justification, but also this feature has become available in all decisions of the Supreme Police Council!

In 2009, while the power of State Security (affiliated with the Police Authority) was increasing day by day until it reached the point of writing security reports and monitoring army officers, the capital of government witnessed a strange event at a time when several students of the Military College attacked police officers in Section 15 Mayo in the capital, Cairo, and they shot him and burned police cars against the backdrop of condescending and humiliating treatment by the police station force on one of the capital’s streets. “The armed forces and the police are the two wings of security for the nation.” This is a sentence that military and security leaders repeatedly repeat under the current regime on every occasion attended by the president, the last of which was last October.

The sentence appeared for the first time as the title of a symposium held in December 2012 at the Galaa Theater in the Armed Forces, in which the Minister of Defense at the time, Abdel Fattah El-Sisi, entered the stage, hand in hand with the Minister of Interior at the time, Ahmed Gamal El-Din, while every army officer was next to him his “colleague” from police to express reconciliation. That symposium was a reconciliation session, between the army and the police, against the backdrop of a military police force’s siege of the New Cairo police station. Clashes between the police force and those besieging it with firearms lasted for hours due to an altercation and a fistfight between an army officer and another in the police in one of the ambushes in the First Settlement area. That symposium continued the differences and competition over power in the street. The army’s return to the forefront of the political and security scene in the country resulted in dozens of clashes between the two sides. Until recently, under the current regime, army officers were in skirmishes on the ground chanting, “the interior is thugs,” while the Interior Ministry officers chanted, “Down with military rule.”

Between power and control?

While matters were raging on the ground, the conflict at the top was settled in favour of Field Marshal Abdel Fattah El-Sisi, who issued in October 2014 a law that strengthened the army’s role in maintaining internal security. It granted it more extraordinary powers for “assisting the police in securing public facilities.” These facilities were Railway stations, roads, bridges and power stations, in a way that does not achieve balance but superiority. The security and military forces tightened control over the Egyptian street. They called for demonstrations or even events commemorating the events threatening the security control of the road ended before they began or even with “revealing intentions” as evidence that everything was under control.

In July 2020, after two years of presidential elections that witnessed political skirmishes among military figures who tried to reach the candidacy stage, the most prominent of whom was Lieutenant General Sami Anan, President Al-Sisi issued several amendments to the laws related to the army, the most important of which was the prohibition of officers from engaging in politics, while prohibiting any officer Ex-military or current to be a presidential candidate. While these amendments were being made to determine any possibility of other officers gaining power, they were amendments to two different laws to increase the army’s security power, starting with the modifications that increase the protection of “the state and its civilization and the preservation of its constitution and territorial integrity and the republican system and the basic components of society and its national unity” from any imminent danger at a meeting of The National Security Council with the Supreme Council of the Armed Forces, over which the president has complete control over appointment and dismissal. Or by creating the position of a military advisor with a text that states, “Each province shall have a military advisor and a sufficient number of assistants, whose appointment and a decision of the Minister of Defense shall determine conditions for their employment.” In an advanced step, about police officers who enjoy security power number two on the ground, the new amendments were issued so that the Supreme Council of Police has absolute authority over them to issue unreasonable decisions, including referrals for discipline and entire retirement for “security” reasons.