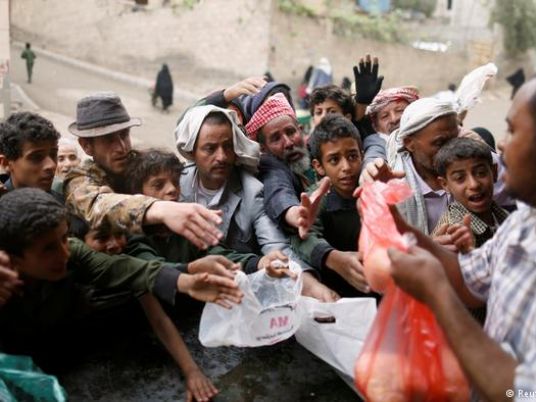 The Egyptian Central Agency for Public Mobilisation and Statistics (CAPMAS) revealed in a press conference on Monday that the poverty rate in Egypt is 32.5 per cent compared to 27.8 per cent in July 2016.

Abdul Hamid Sharafuddin, head of the statistics sector at CAPMAS, said that the study of income and expenditure was carried out by roughly 300 field researchers and all state agencies cooperated.

The survey found that poverty rates were increasing everywhere, except in rural Upper Egypt where it fell by 4.8 per cent. However, about 52 per cent of the population there still do not have their basic needs met. Some 12.5 million people still live in rural areas.

Asyut topped the poverty rate at 66.7 per cent followed by Sohag, Luxor and Menia, and finally Port Said at 7.6 per cent.

The World Bank identifies extreme poverty worldwide using the International Poverty Line Index, which is $1.9 per person per day.

In contrast to official figures on poverty rates in Egypt, the World Bank confirmed in early May that about 60 per cent of Egypt’s population is either poor or vulnerable.

According to the World Bank, there are dramatic geographical disparities in poverty rates in Egypt, ranging from seven per cent in Port Said Governorate to 66 per cent in some Upper Egypt governorates.

The World Bank said at the time that economic reforms affected the middle class, which face the rising cost of living as a result of reforms.

Egypt, as agreed with the International Monetary Fund (IMF) in 2016, has implemented several austerity measures, including several times the reduction of fuel and electricity subsidies, as well as other services, in addition to the floating of the pound.

As a result of these measures inflation rates in Egypt rose to record levels unprecedented in decades, eroding the value of the real income of citizens.

Egypt supports a ceasefire in Libya

Egypt expects a decrease in revenues in this year’s budget