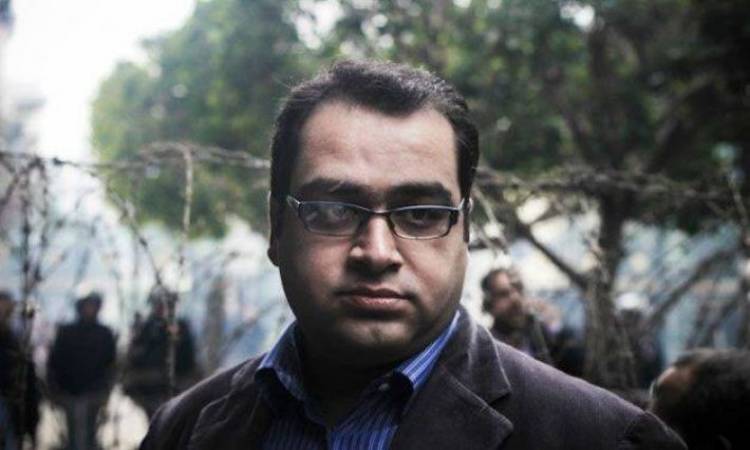 Journalist Ikram Yousef, the mother of former MP Ziad al-Alimi who is currently being hold in connection with the so-called Hope Alliance case, demanded Monday that her son be transferred to hospital because of his deteriorating health.

“Ziad is having trouble breathing and needs hospital care,” she said on Facebook.

Mona Mena, a member of the Medical Syndicate, joined Ikram Youssef, asserting that Ziad Al-Alimi is suffering from a rare immunodeficiency disease called sarcoidosis. He suffers from diabetes, severe bone problems and breathing, despite being young. Mena demanded the right of treatment for every detainee or prisoner regardless of the reason for their detention.

Mena confirmed that Ziad al-Alimi’s family have appealed many times about his health, especially his respiratory distress, and the risk of deterioration of his lung condition, which requires his transfer to any hospital, at least the prison hospital.

Several human rights organisations have already submitted reports to the Attorney General and the head of the prison service and demanded his release or at least his transfer to hospital for necessary examinations.

Rights organisations say that the poor ventilation and humidity inside Ziad al-Alimi’s cell in Lehman Tora Prison has caused a respiratory crisis, as he suffers from a disease in the chest, as well as high blood pressure and blood sugar. Doctors have warned that the state of his health and complications may be caused by the inadequate conditions of his detention.

Security forces arrested former MP and member of the Supreme Committee of the Egyptian Social Democratic Party Ziad al-Alimi and journalists Hisham Fouad and Hossam Mounas and activist Hassan al-Barbari and seven others in the investigation of case no. 930 known to the media as the Alliance of Hope.

The Egyptian Interior Ministry said at the time that the arrested had planned through their companies to fund acts of violence against state institutions.