EgyptWatch
Home Reports Between two mosques: Al-Sisi is buying a false history and demolishing the... 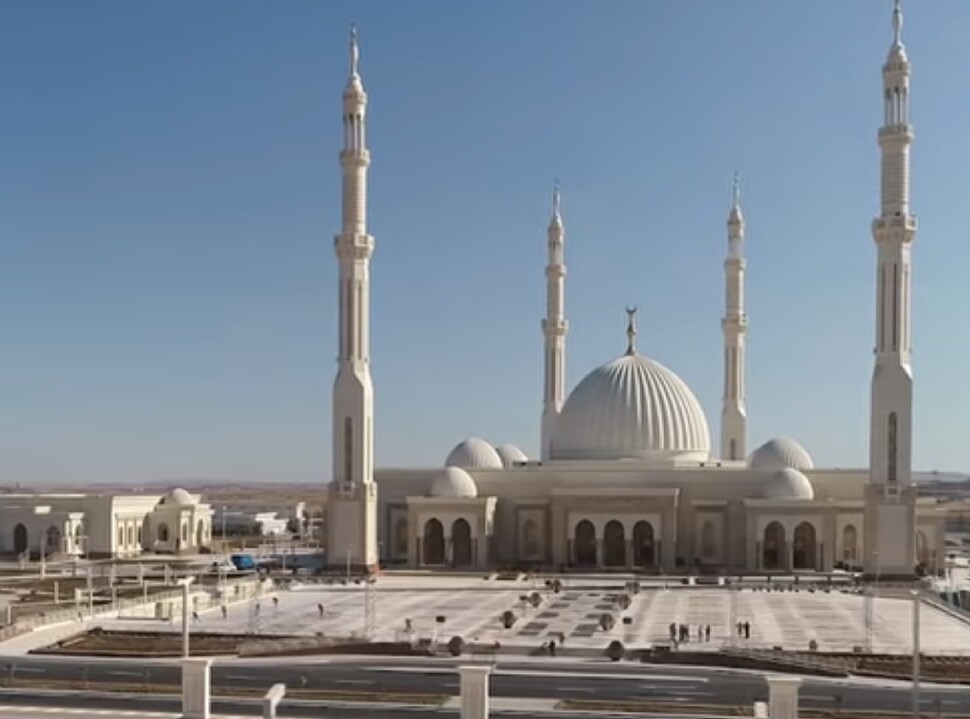 Less than a year passed since Abdel Fattah al-Sisi opened his grand mosque in the new administrative capital when he made the decision to demolish a smaller mosque in the northern province of Alexandria.

The al-Fattah al-Aleem Mosque opened by al-Sisi remains in an uninhabited area and worshipers cannot get to it except on official visits or trips to perform Friday prayers. Otherwise, the mosque is empty despite its size.

In contrast, the al-Zurqani Mosque is located in a popular area, and houses the mausoleum of Abu Ikhlas al-Zurqani, the Sufi Imam, so his mosque has frequent visitors on a daily basis, and is popular among Sufis in Alexandria.

Sufis hold an annual celebration of al-Zurqani, and they hold a lunch every week on Friday, but local authorities in the northern province of Alexandria demolished al-Zurqani Mosque and temporarily moved the shrine to a nearby square, amid tight security.

Days ago the Egyptian president demanded that all obstacles in the way of the completion of the Mahmoudiya corridor project be destroyed, including the mosque, which intersects with the course of the project.

“The mosque and the maqam (mausoleum) hinder the axis, and this does not satisfy the Prophet Muhammad and we said, ‘give us a new place and we will make a replica and better mosque’,” al-Sisi said in a televised speech.

In January, al-Sisi opened the al-Fattah al-Aleem mosque and centre, which is located on 106 acres worth of land. The mosque’s area is 2.5 acres. The mosque also has four secondary domes, four minarets 95 metres high, and five entrances with a total of 11 doors. It can accommodate 6,500 worshipers in the courtyard of the mosque and another 1,200 in the women’s chapel. However, the mosque rarely holds prayers because of the distance between the mosque and the nearest residential area. Al-Fattah al-Aleem Mosque, which opened in January, has cost an estimated EGP 200 million, according to media reports.

Al-Zurqani was not the first mosque where the athan stopped from its minarets. In Alexandria 909 mosques have been closed for allegedly violating conditions and controls stipulated in the law.

The Minister of Awqaf, Mohamed Mokhtar Gomaa, agreed to demolish 64 mosques nationwide as they fall within the scope of railway expansions, including 12 mosques in Talkha and Sherbin centres in Dakahlia Governorate in July 2016.

Al-Sisi said that the demolition of the Al-Zurqani Mosque is in the country’s best interest, the same phrase used by the Ministry of Awqaf to justify the demolition of other mosques. Nevertheless, opponents of the Egyptian regime question whether it’s in the country’s best interest to build a EGP 200 million mosque in an area without worshipers, while Egyptian hospitals still plead through television advertisements for donations.

A Sufi man, angry at the decisions of al-Sisi’s mosque in the administrative capital whilst al-Zurqani Mosque was demolished, said that the important thing is not the cost or the space, but it is the worshipers, and a mosque without worshipers is just empty walls.

He has many memories of being with his companions in the mosque, stressing that the al-Zarqani Mosque has been in place for more than 30 years, and that its history is carved in his memory. History cannot be bought for EGP 200 million.