EgyptWatch
Home Reports The impossible reform: al-Sisi’s regime is out of balance 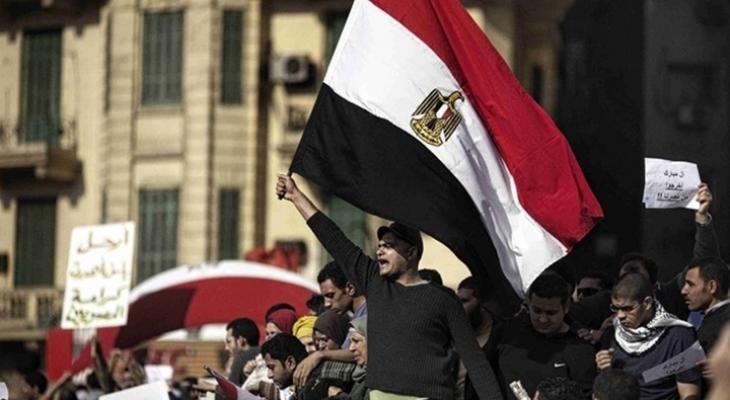 The Egyptian regime has panicked after sudden, popular demonstrations broke out on September 20 demanding the president leave. The regime thought it crushed any possible movement in the streets after killing, arresting and forcibly disappearing more than 60,000 opponents and shovelling the political arena entirely. But it was an unexpected blow from citizens who are angry about the decline of economic conditions and the luxury al-Sisi’s family and the beneficiaries of his rule live in.

In addition to the repressive measures taken by the regime to prevent any other demonstrations, the regime’s media horns have promoted a political and economic reform plan that the regime will accomplish in the upcoming period to mitigate the difficulties of the people. A sharp language of criticism prevailed against the government alleging that the failure comes from it instead of the president. The parliament adopted the same language pledging to observe ministers and hold them to account.

The regime of the ousted president Mohamed Hosni Mubarak used to provide a space of freedom to enable the people to breathe instead of lashing out against the regime. Criticism of the government and officials was possible. Opposition parties and movements were allowed to enter the parliament and to appear in the media to criticise the economic and social conditions then political conditions to a lesser extent. Newspapers and private TV channels had a high level of independence, Mubarak and his family were the only red line.

Mubarak was insulating himself from the little things and put himself away from any decision that could annoy the people. He was careful to show himself as a good father who listens to the agony of his citizens and who is trying to relieve them. Thus, he stayed in office for three years and perhaps he would remain in power if it wasn’t for the plan to pass on his power to his son Gamal, which resulted in the ouster of Mubarak in the 25 January 2011 revolution.

The al-Sisi regime is trying to use this formula to stay alive. The first person who expressed this plan was Yasser Rezq, who was close to the president and the chief of the media agency of Akhbar el-Yom which is affiliated to the government. Rezq predicted in article in the last month that after the growing anger of the people the next period will see political openness where different parties could play a greater political and social role. He also called for freedom of opinion, expression, creativity and media.

Currently, the pro-regime media has initiated a sharp attack against the government and ministers accusing them of failure and the suffering of the people, in conjunction with polishing the image of the president as the advocate of the ordinary citizen and the defender of his rights. Also, the parliament has initiated a similar attack against the government.

Among the promised measures of reform is preparation for new parliamentary and communal elections where acceptable political and community figures will be engaged instead of the current parliament which makes people angry because of its pathetic performance that embarrasses the regime inside and outside the country. Two days ago the speaker of the parliament, professor Ali Abdel Aal, praised the president and likened him to the tyrant Hitler: “Hitler had mistakes. But the infrastructure that considered until now as the engine that drove Germany to take its place among the first grade state, this infrastructure allowed him to extend his power east and west.”

According to Egypt Watch’s sources, the regime is preparing for a cabinet reshuffle hoping to contribute to calming down the street as well as a national reconciliation conference including the parties that don’t antagonise the regime in an open manner. It’s expected that the conference will be sponsored by one of the parties loyal to the regime such as Nation’s Future or Al-Wafd. It should to be mentioned that the president refused to be the direct patron to keep the image that he is not being pressured by the protesters.

Al-Sisi is looking into Mubarak’s old notebooks, attempting to use his formula to remain in power, without realising that he has already burnt all the old notebooks and formulas. He thought that it led to the fall of Mubarak instead of remaining in power for three decades.

Al-Sisi ignores the fact that he has marginalised all the state institutions, turning it into the his own state, as he brought weak bureaucrat ministers who were easily controlled who are forbidden from speaking to the media without security authorisation.

He also ignores that he previously emphasised that he is the person responsible for both big and small matters of the state. He is the owner of the economic reform plan that led to increase in the price of commodities and services and to the decline of the people’s living conditions. He built a new, luxurious capital inhabited with the rich folks. He is the person who said: “I am doing and will do presidential palaces.” After all of this he is promoting that the government is responsible for the decline of living conditions and he is the kind hand to the people.

Some people close to the regime are promising a political breakthrough and saying that a climate of freedom of thought, expression and media will prevail during the upcoming period. But they don’t explain how all of this will be done while the president arrested more than 2,600 people in the latest demonstrations including dozens of women and children. The majority of them were randomly arrested in the streets.

Preachers don’t tell us how this era of openness will be accomplished under growing security punitive measures that extend to elements in the army and the intelligence. According to Egypt Watch’s sources after the recent protests, al-Sisi arrested a number of junior officers in the military base of Huckstep doubting their loyalty, as well as dismissing about 14 officers from the General Intelligence for the same reason. There are frequent talks about al-Sisi’s intention to dismiss some of the leaders of the army.

Also, it is not possible to understand talk about engaging political and community figures who have a good reputation among the people in the parliament to build confidence with the people. Aside from the leaders of the opposition parties who are in prisons, in exile or forced to be silent out of fear, the Egyptian regime has completely destroyed the party life in pursuit of establishing its own state.

Among the destroyed parties is the Free Egyptians Party established by the famous businessman Naguib Sawiris after the revolution of 25 January 2011. The party had a powerful presence in the political arena, it won 65 seats in the parliamentary election held in 2015. Security interferences led to defections within the party, then the founder of the party was ousted, now it’s over in favour of the loyal front to al-Sisi. Now the party has faded and no one knows anything about it.

The Egyptian regime failed to build a public backup. Even the Nation’s Future Party, which is a majority in the parliament and promoted as the regime’s party, has no political weight in the Egyptian street, and its unknown president Ashraf Rashad has no political record besides his saying publically he was proud of coordinating the parliamentary elections with security.

Because of the constant fear of al-Sisi from the acceptable figures which have the respect of the people, even if they were loyal to him, there is no political moguls in the regime. Unlike Mubarak who surrounded himself with a group of well-known politicians, such as the leading person in the dissolved National Party Kamal el-Shazly, the speaker of the parliament Ahmad Fathy Sorour, the Minister of Information Safwat al-Shareef, and the businessman and the member of the National Party Ahmed Ezz and many others.

The regime talking about the intention of media openness similar to the last years of Mubarak’s mandate is ironic. Al-Sisi’s regime invested billions of pounds during the last few years to control the media directly, as the private media came under the direct ownership of the General Intelligence or some loyal businessmen to the regime and its beneficiaries. While the independent media is blocked as what happened with the international websites  the BBC and Alhurra which were blocked due to their coverage of the recent demonstrations against the Egyptian regime.

Sisi’s Egypt: The punishment of thinking is imprisonment

The case 173: A new maneuver by the Egyptian regime to...