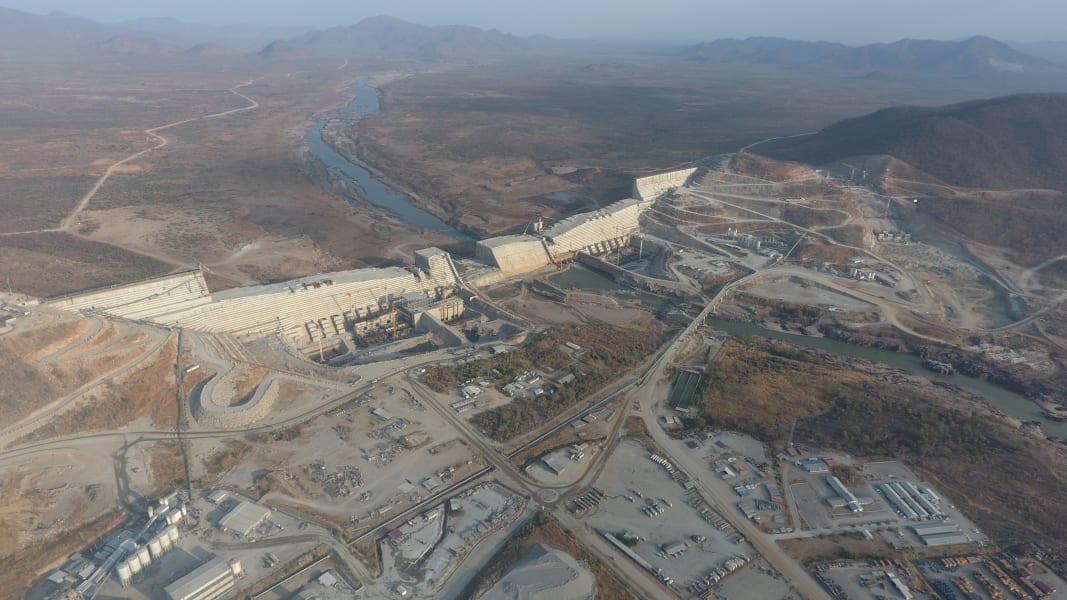 What if a military confrontation breaks out between Egypt and Ethiopia over the failure of negotiations on the Ethiopian Renaissance Dam?

A question has been raised by observers of African affairs after a shocking statement by Ethiopian Prime Minister Abiy Ahmed, which opened the door to speculate on a military confrontation that may occur one day between the two countries. Ahmed said that his country is ready to mobilise one million people in case they have to fight a war with Egypt over the disputed Renaissance Dam.

The Ethiopian Prime Minister added: “Some say things about the use of force by Egypt. We must emphasise that there is no force that can prevent Ethiopia from building the dam. If there is a need to fight a war we can mobilise millions. If some can fire a missile, others can use bombs but this is not in the interest of any of us.”

This came after negotiations between Cairo and Addis Ababa over the Great Dam in Africa collapsed.

The dam has cost $5 billion so far this month. About 70 per cent of the dam has been completed and Ethiopia expects the dam to give it much needed electricity. But the dam could cut water to millions of Egyptian farmers over the years that are needed to fill the dam, in addition to material losses estimated by Egypt at $1.8 billion annually and electricity worth $300 million.

Analysts have predicted several scenarios for an Egyptian military operation to hit the Renaissance Dam, since announcing it will be built in April 2011. These scenarios varied according to the pace of Egyptian armament, which increased in quantity and quality in previous years.

Although Egypt has not formally disclosed any form of military intervention, the Egyptian scenario that leaked in 2012 indicates what Egyptian military circles might think.

In 2012, the Stratfor Centre for Security Studies published emails dating back to 2010, detailing a conversation between then-General Intelligence Chief Omar Suleiman and President Mohamed Hosni Mubarak.

The letters included Egypt’s military plan in cooperation with Sudan to protect the two countries’ share in the waters of the Blue Nile, according to the text of the letter.

Suleiman sent another message to Mubarak, saying: “The only country that does not cooperate is Ethiopia. We continue to talk to them using the diplomatic approach. Yes, we are discussing military cooperation with Sudan.”

“If it becomes a crisis, we will send a plane to bomb the dam and come back on the same day, simply like that. Or we can send special forces to sabotage the dam.”

“Egypt carried out an operation in the mid-1970s, I think in 1976, when Ethiopia tried to build a huge dam. We blew up equipment that was en route to Ethiopia by sea,” Suleiman said.

According to the military comparison between Egypt and Ethiopia, Cairo’s armament outperforms Adis Ababa’s by a large margin.

History in favour of Ethiopia

Egypt and Ethiopia have confronted each other militarily in two battles during the Khedive Ismail’s rule in Egypt. The first was the Battle of Gundet in November 1875, when the Egyptian army advanced to fight the Ethiopian army in Gundet, Eritrea, in an Egyptian attempt to control the Nile. The victory was an ally of the Ethiopian side in this battle.

The second confrontation was at the Battle of Gura in 1876, the second Egyptian attempt to extend their influence to the sources of the Nile. At that time, 20,000 Egyptian troops were confronted by 200,000 Ethiopian troops.

According to the statistics of the site “Global Fire Power” military, Egypt has an air fleet of fighter jets and helicopters of up to 1,092 pieces, while the air fleet of Ethiopia is about 82 pieces only.

The number of officers and soldiers in the Egyptian army number up to 920,000, while there are 140,000 in the Ethiopian Army.

Ethiopia does not have any heavy military navy, except for small boats and ships, because it is a landlocked country with no seas or oceans. Egypt has about 319 military navies.

According to these figures, the Egyptian navy is the largest in the Middle East and North Africa, according to “Global Fire Power.”

Egypt also has a diverse arsenal of air defences, such as the Russian S-300 system, the German IRIS system, the Soviet Volga and Pak missiles, and the US MIM-23 Hawk system, in exchange for Ethiopia’s use of older systems and equipment such as China’s HQ-64 system and SA-3 Goa system.

Ethiopia has reportedly received Israeli air defence systems to protect the Renaissance Dam against attacks, but the Israeli embassy in Egypt denied such reports in a press release.

Egypt’s parliament has nothing to do with initiatives, politics or the...