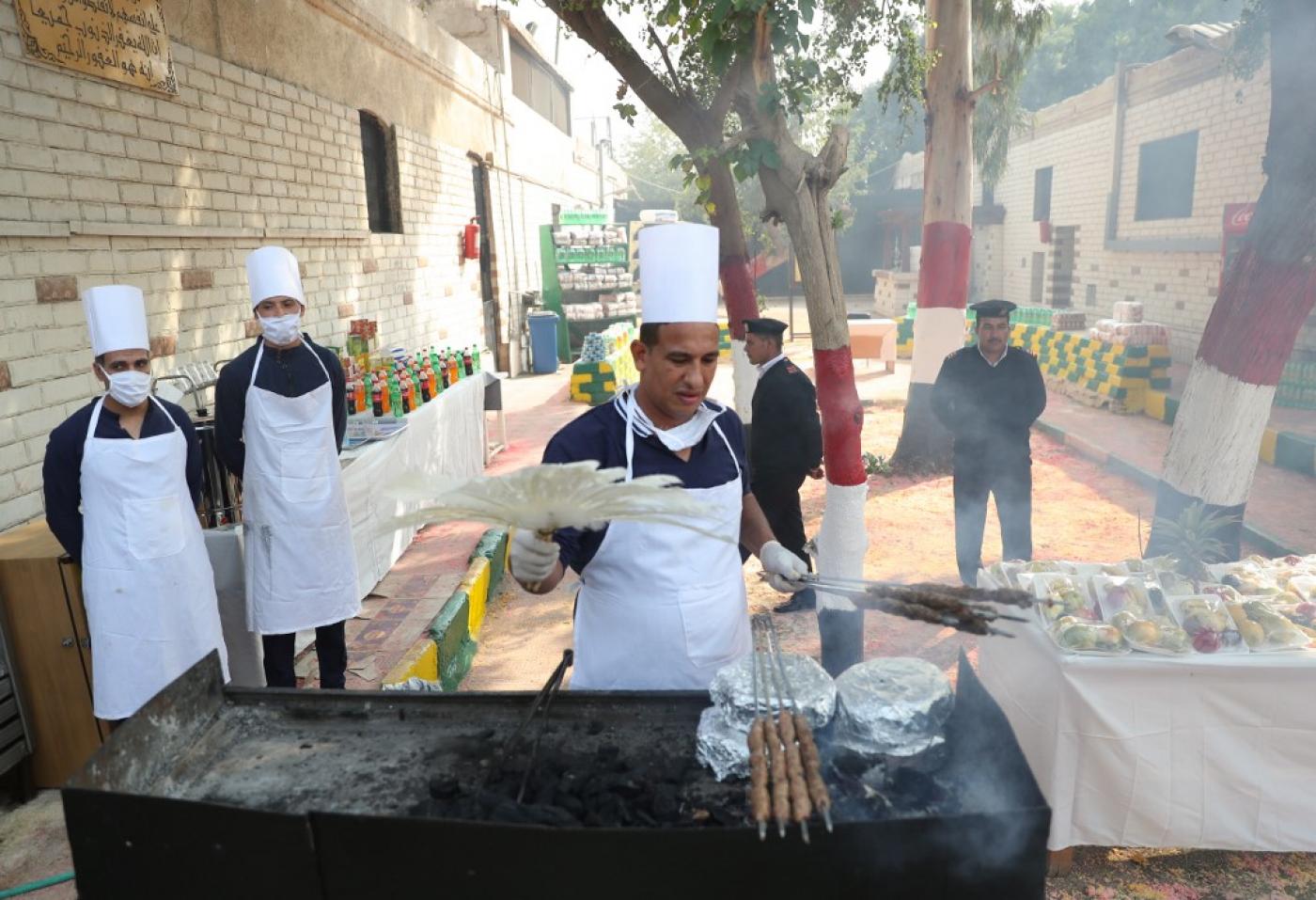 Egypt’s interior ministry has organised a tour of its most infamous prison, just days after a panel of United Nations experts warned that thousands of prisoners were at risk of dying in Egyptian jails.

Senior interior ministry officials paid a visit to the Tora prison complex in Cairo on Monday as part of the third annual “Forum for Egyptian Prisons”, which is organised by the ministry itself, Egypt’s official news agency MENA reported.

The interior ministry invited a select group of MPs and journalists to take part in the visit, AFP news agency’s Cairo correspondent said.

The AFP reporter, Farid Farid, said that journalists were not allowed to take cameras on the tour, however, which he said “defeats the purpose of the whole visit if the aim is transparency”.

Farid added that he was also prevented from interviewing inmates.

Amr Magdy, an Egypt researcher at Human Rights Watch, said the tour was “a cosmetic move by the Egyptian state to cover up serious human rights violations happening in prisons”.

He said that members of Egypt’s judicial branch or independent rights groups should carry out inspections of the prison without advance notice, instead of joining a government-led tour.

Monday’s tour comes two days ahead of Egypt’s Universal Periodic Review (UPR), a UN process in which a state’s actions and policies are reviewed with the aim of improving human rights and other best practices.

Mohamed Zaree, the country director of the Cairo Institute for Human Rights Studies, said no independent rights groups were invited to the prison visit on Monday.

“It is a theatrical performance where everything is staged,” he told Middle East Eye.

“Both the actors and audience have been chosen, and no one is allowed to spoil it,” he added.

Zaree said that due to the tour, a number of political prisoners held in Tora prison were banned from having family visits on Monday.

Zaree, who is barred from travelling outside of Egypt, said he filed a complaint with the country’s prosecutor general to allow him to travel to Geneva to attend the UPR session on Wednesday.

His request has yet to be addressed, he said.

Human rights groups estimate that at least 60,000 political prisoners are being held in Egyptian jails since President Abdel Fattah el-Sisi seized power in 2014.

Sisi’s government has denied this, claiming in a 60 Minutes interview in January that “there are no political prisoners in Egypt”.

Sisi, a former defence minister, ousted his predecessor Mohamed Morsi in a military coup in 2013.

Morsi died on 17 June, 2019 after six years in solitary confinement.

Thousands of political prisoners are at risk of early death in Egypt due to “brutal” prison conditions and a denial of medical care, the experts also said in their report.

“We have received credible evidence from various sources that thousands more detainees across Egypt may be suffering gross violations of their human rights, many of whom may be at high risk of death,” they said.

“This appears to be a consistent, intentional practice” by Sisi’s government “to silence dissenters”.