EgyptWatch
Home Reports Egypt’s parliament has nothing to do with initiatives, politics or the president 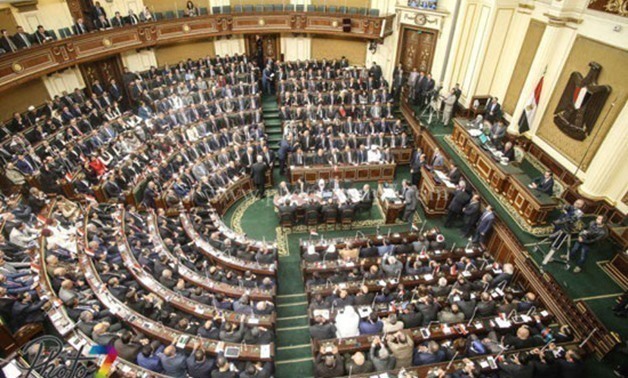 “Anyone who mentions the homeland or the political leadership negatively has no place in Egypt in general and has to go to another country to live in,” Ali Abdel Aal Speaker of the House of Representatives, said, commenting on an initiative put forward by a member of parliament which criticised the government.

Parliament did not discuss the initiative put forward by the Egyptian MP Ahmed Tantawi, which asked the parliament to form committees, but instead referred him for investigation before the Committee of Values, a move that may cause his dismissal from parliament.

Abdel Aal considered that there are “red lines, which should not be criticised, namely the leadership (the president), the army and the police,” and that “those who mention these negatively have to go to another country to live.”

“I do not have any initiatives,” said the Egyptian parliament speaker. “Anyone who wants to announce any initiatives should announce it as he wants in the newspapers, but I will not pay any attention to this.”

Amendment to the constitution is the prerogative of parliament, not the newspapers, but Abdel Aal did not explain why he refused to discuss Tantawi’s initiative.

A law expert told Egypt Watch that Tantawi’s initiative is based primarily on the Egyptian Constitution, which was adopted in 2014. Article 241 states that “the House of Representatives in its first season after the implementation of this constitution has to issue a law on transitional justice to ensure the disclosure of truth, accountability, propose national reconciliation frameworks, and compensate victims, in accordance with international standards.”

In fact, the Egyptian parliament has not discussed any transitional justice laws, nor does it talk about political reconciliation, contrary to the constitution.

However, the Egyptian parliament made constitutional amendments in 2019, completely abolishing this article, and deleted it from the constitution provisions.

The MP Ahmed Tantawi says that these recent constitutional amendments have led to the overthrow of the principle of separation of powers and the dominance of the executive branch and should be reversed.

But Abdel Aal said in his response that the constitutional amendments stemmed from the House of Representatives, and held a community dialogue around which everyone saw its impartiality, both at home and abroad.

Observers believe that it was not surprising that the Egyptian parliament rejected Tantawi’s proposals, because these proposals included the termination of al-Sisi’s rule in 2022 as prescribed in the original constitution, without the new amendments that allow it to remain until 2034.

But the strange thing is that parliament refused to discuss it, rejecting it before it was even discussed.

Despite Abdel Aal’s views that Tantawi has to choose another country to live in, he considered that freedom of opinion and expression was guaranteed by the constitution.

However, freedom does not mean that citizens have everything without borders; freedom has constitutional and legal determinants, he added.

Abdel Aal did not mention the boundaries that Tantawi crossed, nor did he clarify what the limits and borders of freedom are.

But he said that “there are red lines represented in the national leadership (president), political leadership, army, and police.”

The Egyptian parliament has the power to monitor all state organs, hold the government accountable and isolate it. It can also (with difficulty) withdraw confidence from the president of the republic and call a referendum for early presidential elections.

The Egyptian president alone does not have the power to dissolve parliament, but he can call a referendum on dissolving parliament.

This means that parliament is the competent body (constitutional) that has the right to discuss the Tantawi initiative, and then accept or reject it, and begin to implement it as well.

But the speaker of the Egyptian parliament strangely chose to say that the place for initiatives is in newspapers, not parliament.

Abdel Aal’s comments raise questions about the powers of the Egyptian parliament if it does not discuss the constitution, political reconciliation, and political initiatives, even police violations or presidential policies.

Tantawi spoke during a lengthy video broadcast on his Facebook page, announcing a “reform initiative” by appealing to the speaker of the Egyptian parliament.

The initiative included the formation of 12 parliamentary committees aimed at creating a state of a national dialogue on the political, economic and social problems facing the country. 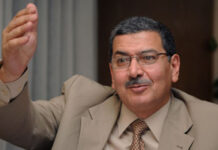 Why did the army’s campaigns fail to eliminate violence in Sinai?