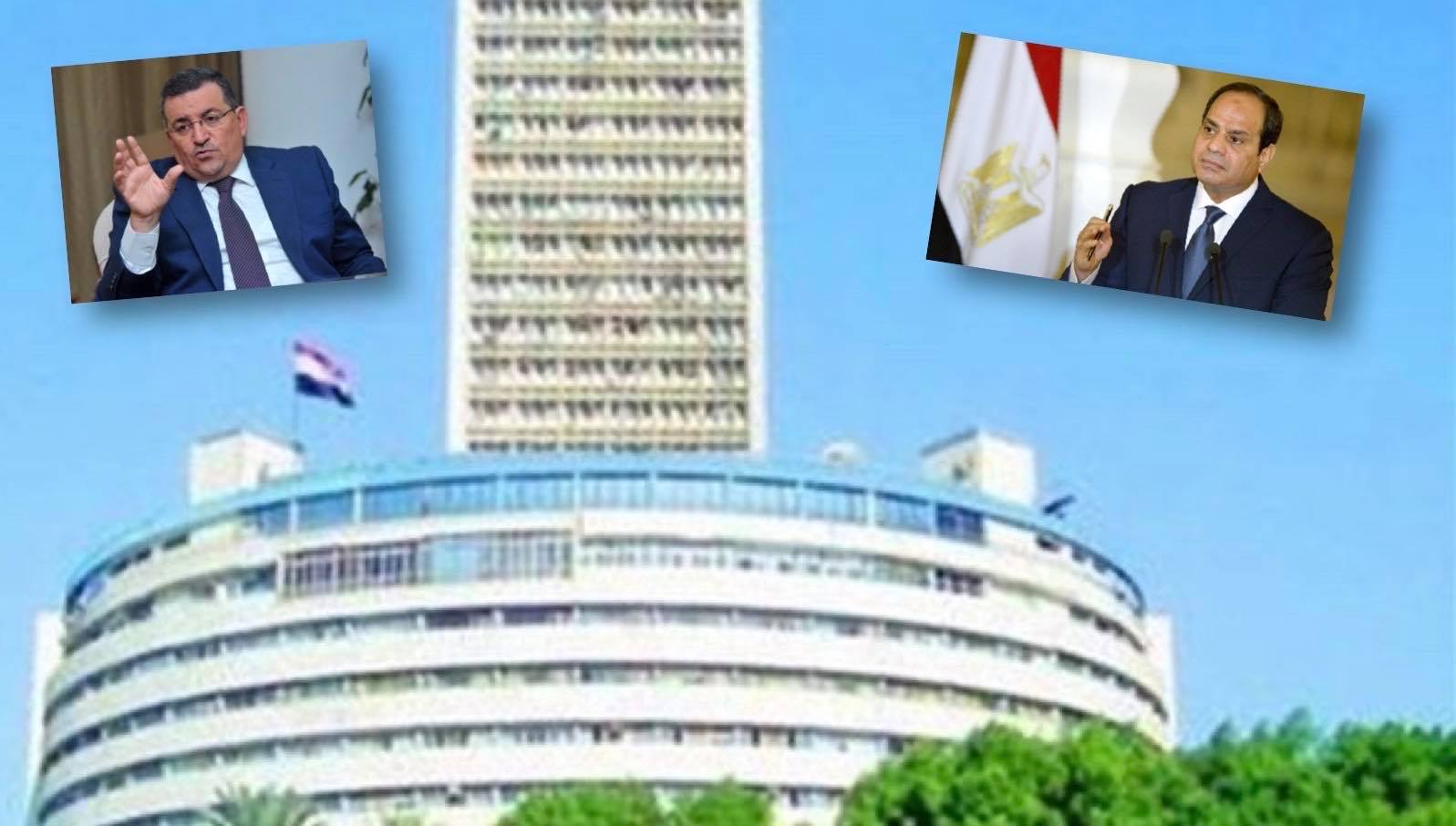 Abdel Fattah al-Sisi met on Sunday with Minister of State for
Information Osama Heikal in the presence of Prime Minister Moustafa
Madbouly for the first time since Heikal’s appointment on December 22
as the first state minister for information affairs under al-Sisi.
Al-Sisi assigned two missions to Heikal: formulating an information
policy that promotes the regime’s discourse about al-Sisi’s achievements
and that the regime respects the law and freedoms.
The second mission is to achieve coordination within the information
system, including of national press and information bodies and
institutions, after the chaos that resulted from the reckless management
of the pro-regime media by al-Sisi’s son.
Yousuf al-Qaid, member of the House Committee for Culture and
Information, said that since the declaration of the last cabinet reshuffle
and the creation of the position of a state minister for information, there
are many questions about the role of this new ministry that have no
answers.
He said that Heikal is a minister without a ministry. There is no
administrative entity called the Ministry of Information and there is not
even an office for this minister, as he exercises his duties from the
Media Production City that he heads.
Al-Qaid said that the new ministry’s existence requires urgent
legislation to regulate the relation between it and the Supreme Council
for Media Regulation, to which the constitution and the law granted all
supervision authorities related to the press and media, and between the
two national press and media bodies.