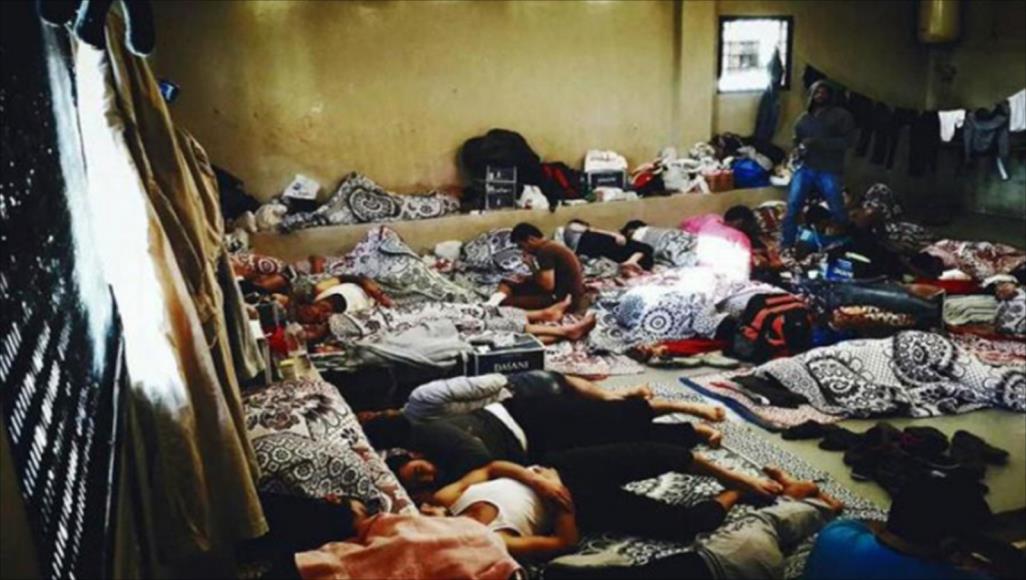 Two new detainees died in Egyptian prisons on Wednesday as a result of
deliberate medical neglect and suffering from the cold and hunger,
within less than a week of the death of a detained journalist in the
notorious Scorpion wing of Tora Prison.
According to human rights sources, Alaa el-Din Saad died inside his
prison in Burj al-Arab Prison, north of Cairo, where he was serving a 15-
year prison sentence on political charges.
The Egyptian prosecution accused Alaa and others of establishing an
organisation that works to block drains to increase public anger against
the regime.
Although human rights activists considered these charges laughable,
and that there was no evidence for them and that the regime invented
them to justify its failure, the defendants were referred to trial, and most
of them were imprisoned for many years.
The sources reported that Alaa just had a cold but that the prison
administration’s ignorance and its deliberate medical neglect quickly
aggravated his condition, as he remained suffering from the lack of
treatment or heating, and the prison administration let him shiver until
he died in his cell.
The 56-year-old detainee is a resident of the Wardian area in Alexandria
Governorate, and he has four children.
On the same day human rights sources and local media revealed the
death of Mahmoud Mohamed, 37, who was being held in Bandar Luxor
police station, due to the deterioration of his health as a result of the
cold.
Youm7 newspaper said that the prisoner died as a result of severe
fatigue and a sharp drop in blood circulation, and his body was
transferred to the morgue of Luxor International Hospital.
Last Saturday, arrested journalist Mahmoud Abdel-Majid Mahmoud
Saleh died inside his prison cell in Tora Prison in the heavily-guarded
Scorpion wing as a result of deliberate medical neglect, cold and hunger.

Salma Ashraf, director of Human Rights Monitor, says that prisons and
detention facilities in Egypt have become graves, pointing out that
authorities deliberately abuse detainees and work to subject them to a
slow death by denying them medical treatment, medicine, and
appropriate clothing.
She considered these deaths over a short period due to diseases
resulting from bad weather conditions as clear evidence of the
systematic intentional killing of the authorities towards the detainees,
according to Al Jazeera.
Egyptian human rights activists stressed that the al-Sisi regime, the
Ministry of Interior, prison directors and its investigators, in addition to
prison guards and prison doctors, are legally responsible for the deaths
of more than 900 detainees over the past seven years, and their crimes
will not be subject to the statute of limitations.
Egyptian activists and human rights activists have launched “the Cold
pinch Scorpion” campaign that started Friday, January 3, 2020, in
solidarity with all detainees especially those in the Scorpion, in light of
the multiple violations they face, exacerbated by the cold winter and the
harsh nature of the prison.
At the beginning of last year, Adalah Centre issued a report entitled
“How to treat a prisoner to death,” indicating that the number of death
cases by medical negligence inside prisons between 2016 and 2018
reached about 819.
Human Rights Watch accused the Egyptian security services of
curtailing the right to health as a punishment, stressing that prisoners
should receive medical care without discrimination.
The United Nations Mandela Rules, which provide authoritative
guidance on detention practices, state that prisoners have a right to
medical care, including diagnosis and treatment, oﬀered by suﬃcient,
well-qualiﬁed medical personnel operating with clinical independence.
Prisoners also have rights to suﬃcient living space, appropriate
ventilation, lighting, heat, sanitation, clean water, and adequate and
nutritious food. The Mandela Rules also set a 15-day maximum on
solitary confinement.

In 2017, Abdel Fattah al-Sisi’s government introduced amendments to
prison laws that provide for up to six months in solitary confinement.
Such prolonged solitary confinement can amount to torture.
In November 2019, two UN experts said that Egypt’s abusive detention
conditions “may be placing the health and lives of thousands of
prisoners at severe risk.”