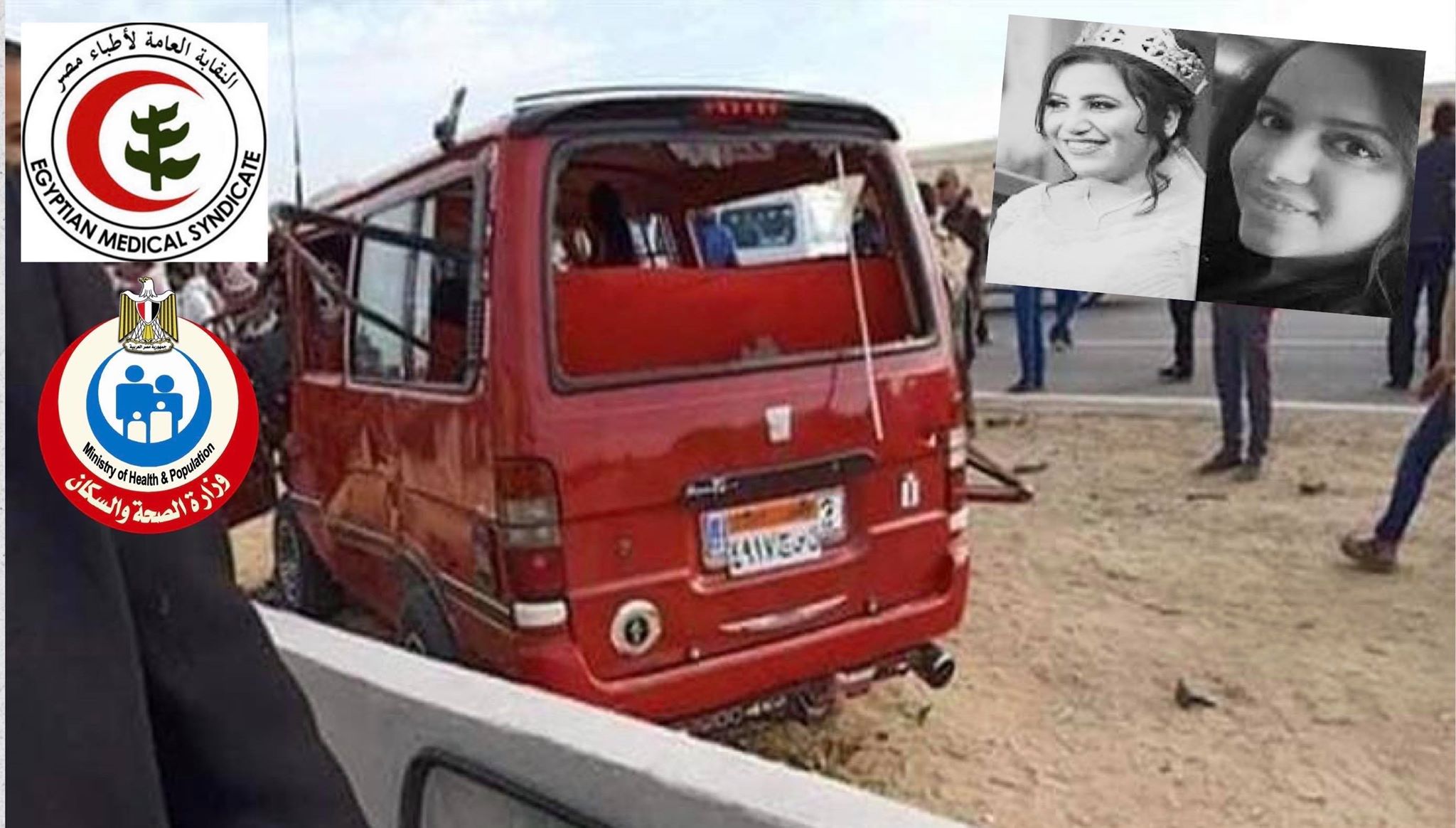 The Medical Syndicate has said that 15 female doctors from Minya
Governorate were involved in a road traffic accident on Wednesday
while on their way to a training session at the Women’s Health Initiative
Programme at the Training Institute in Cairo.
As a result of the accident, two doctors and the driver of the car died,
and 12 doctors, including four in a critical condition, were transferred to
the Nasser Institute for medical care.
The union said that among the injured, there is a pregnant doctor whose
uterus ruptured causing the death of her child. She was given an
emergency hysterectomy.
Another doctor suffered from an extensive brain hemorrhage and was
placed on a ventilator.
The incident sparked a wave of outrage on social media among doctors,
who launched a blogging campaign to dismiss the Minister of Health
and hold officials accountable.
Doctors published screenshots of the WhatsApp conversation between
the victims before they travelled, which revealed they were forced to
travel after being informed of the training date just a day before it was
held.
After difficulty booking the train tickets they had to travel in a minibus,
and when they asked for the training to be postponed they were
threatened with arbitrary transfer or dismissal.
Doctors in Egypt face harsh and inhuman working conditions as a result
of poor salaries, the absence of training programmes, underequipped
hospitals, and abuse by officials in the Ministry of Health.

Egypt issues a severe warning to its citizens of Corona’s second...