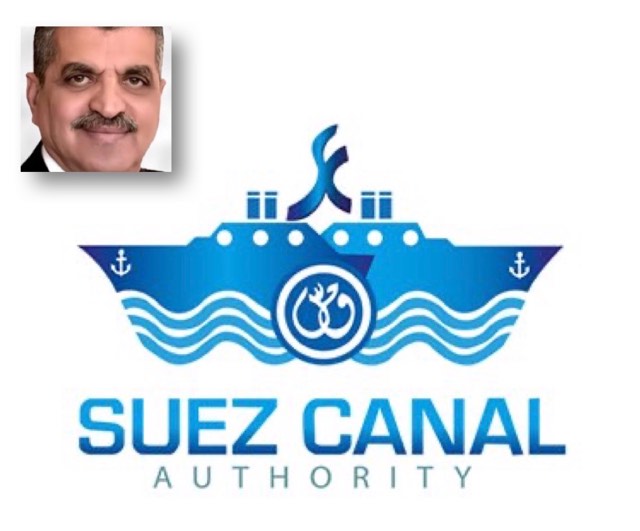 Although Egyptian authorities have announced that no new cases of coronavirus have been recorded, the virus appears to have affected the Egyptian economy. Sources in the Suez Canal Authority in Egypt expected that the Suez Canal revenues would be affected by the outbreak of coronavirus in China, the second-largest economy in the world. The virus has caused confusion in the global container shipping sector.
General Osama Rabie, head of the Suez Canal Authority, said last week that the volume of trade passing through the channel has not been affected. However, sources within the authority confirm that “coronavirus will inevitably cause a decline in freight traffic between Asia and Europe, which will cast negative shadows on the movement of ships crossing the Suez Canal.” It is too early to determine the size of the “expected impact, which will depend on the extent the virus has spread, the stability of the Chinese economy, and the continuing trade exchanges between major markets.” Economic experts said that container transport companies are changing the course of shipments and that there is a shrinking demand for Chinese imports, according to Reuters. Many cities and factories in China have closed and global air travel has been disrupted. Moreover, China’s decision to extend its holiday period on the occasion of the new lunar year until February 10 this year have caused logistical complications, eventhough its ports are still open.
China is a vital point of contact for the container sector, as everything is transported through its ports from fresh foods to luxury phones and clothes as well as industrial ingredients. Many international companies have begun to reveal the extent of the damage after the paralysis of the Chinese economy, as production lines in major companies, including cars, have stopped due to the interruption of the supply of components manufactured in China.
The Suez Canal is a global, vital shipping lane for trade between Asia and Europe. The Suez Canal is one of the most important sources of Egyptian national income, and is considered one of the main resources for Egypt in terms of access to foreign currencies. Although the Egyptian economy has been severely affected since the January 2011 revolution, the income of the Suez Canal has remained stable, and its revenues have grown, because it is dependent on the volume of global trade.

According to official data issued by the Suez Canal Authority, the channel hosts about 24 per cent of the total global container trade, while the channel accommodates 100 per cent of the container trade passing between Asia and Europe. But Osama Rabie, the head of the Suez Canal Authority, said in media statements four days ago that the volume of trade passing through the channel has not been affected by coronavirus, explaining that the volume of trade last month increased by 8.5 per cent from the same month last year. In contrast, global rating agency Standard & Poor’s downgraded its forecast for Chinese growth in 2020 to 5 per cent from 5.7 per cent, saying that the effect of a coronavirus outbreak may be severe in the short term. One economist said: “Most of the economic impact of the coronavirus will be felt in the first quarter, and the Chinese recovery will be solid by the third quarter of this year.”

Coronavirus dispelled the recent optimism about resolving the trade crisis between the United States and China, as Cairo expected the return of global trade growth, which would increase the revenues of the Suez Canal. Egypt hopes that China will recover quickly from the effects of the virus and that global trade will start to grow again.

The homeless in Egypt: Tragic conditions in the streets, cemeteries, and...