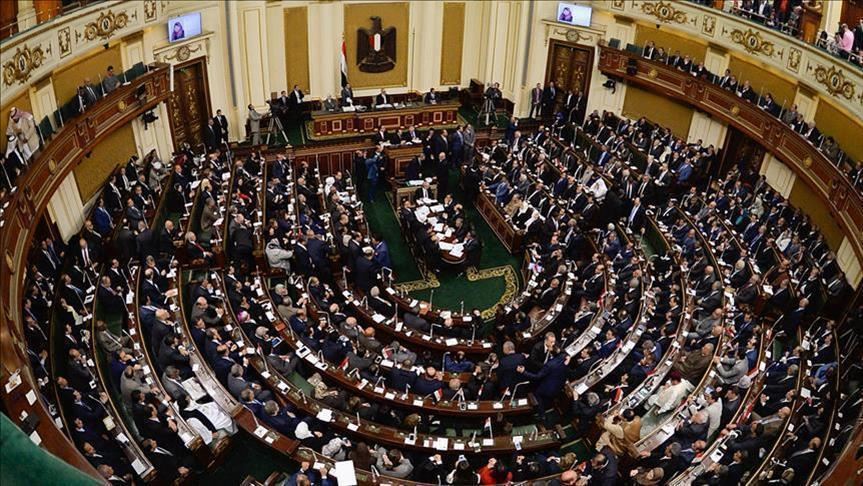 The Egyptian parliament has retracted the inclusion of satellite channels in the Terrorist Entities Law, which was approved in principle and referred to the State Council for its opinion in accordance with the constitution. During the plenary session, the House of Representatives approved a draft law submitted by the government to amend some provisions of Law No. 8 of 2015 regarding the regulation of lists of terrorist entities and terrorists. The government submitted the bill including amending the definition of terrorist entities as “associations, organisations, groups, gangs, cells, companies, or other groupings.” Instead of objecting to the text, the Constitutional and Legislative Affairs Committee in the House of Representatives added a new definition to include radio stations and social media outlets or websites. The proposed amendment was widely supported by pro-regime media but caused a wave of international criticism against the Egyptian regime, and stirred a debate on the miserable conditions of journalism and media in Egypt.

Reporters without Borders (RSF) condemned the proposed legislative amendment expanding Egypt’s official list of “terrorist entities” to include news media that aim to cause “harm.” It explicitly targets journalists and would aggravate the already fragile press freedom situation in Egypt, RSF said. “This amendment is extremely worrying because it likens media outlets to terrorist organisations,” said Sabrina Bennoui, head of RSF’s Middle East desk. “The Egyptian authorities have been using the terrorist threat to harass the media for years. This de facto situation is now going to be enshrined in the law.” According to local media, the Egyptian parliament debated the addition of satellite channels and social media. However, speaker of the parliament, Ali Abdel-Aal, insisted on deleting it on the grounds that Egypt may be accused of being unconstitutional. For his part, head of the Human Rights Committee Alaa Abed said that if the satellite channels are added the law will be marketed abroad negatively. He added: “The bill cannot be accepted by society, whether at home or abroad. They will say that we are targeting the closure of channels, and this is not true.”
General Abdel Fattah al-Sisi regularly threatens the opposition media, especially through social media. The Egyptian regime already has a bad reputation for freedom of speech, and he was not ready to make it worse.

It is worth noting that Human Rights Watch’s 2020 World Report revealed that the human rights situation in Egypt has declined. Some 600 news, political and human rights websites, as well as social networking sites, have been shut down without judicial approval. Egypt slipped two places to 163 out of 180 countries globally on RSF’s press freedom rankings for 2019. Egypt is ranked among the four worst countries in the world in terms of imprisoning journalists, according to the Committee to Protect Journalists.