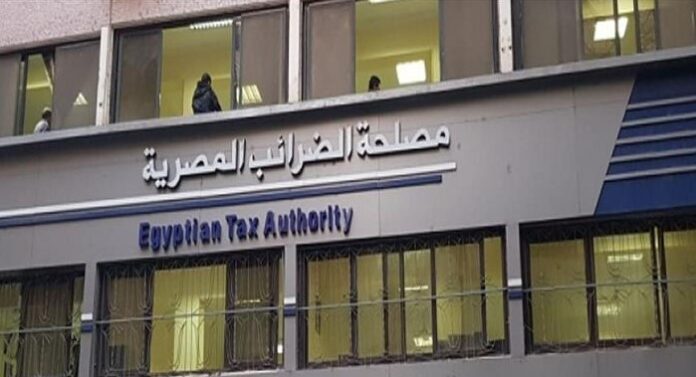 The law in Egypt applies only to the poor, as well as taxes that are only paid by those who have no power and influence. As for the big businessmen, the proceeds of their taxes are estimated at billions of dollars, and the state cannot access them.

Experts believe that Egypt’s tax laws are vague and full of loopholes, which allow business people to manipulate and evade paying taxes. Ambiguity surrounding tax laws has also turned into a means of revenge against political opponents who are accused by the ruling regime of tax evasion and sentenced in absentia with imprisonment and fines. In 2013, the late President Mohamed Morsi tried to compel business people to pay their overdue taxes, revealing figures in the billions. Still, the matter stopped due to the military coup against him. The late president revealed in a speech a few days before the military coup that the big businessmen who evaded taxes were the owners of newspapers and satellite channels such as Sawiris, Muhammad al-Amin, and Salah Diab.

Through years of manipulation and evasion, major business people have built media empires and formed political parties that protect them from claims and prosecutions in light of loophole-ridden laws that only apply to the poor. It is estimated that the volume of tax arrears in Egypt is estimated at more than EGP 130 billion, while the volume of tax evasion is about EGP 400 billion.

The government’s total amount declares that the amount it wants to collect from combating tax evasion is about EGP 530 billion. It is worth noting that tax evasion does not depend on major business people but extends to major economic institutions in the country affiliated with the army and intelligence services that do not pay taxes as the Ministry of Finance declares that they are exempt from taxes.

The army controls the economy by no less than 60 per cent since the military coup and is not subject to any kind of taxes or customs, and it also gets advantages that are not available to the public or private sector, according to economists. Tax evasion extends to many artists and singers, whose imprisonment charges arise on charges of manipulation and concealment of their profits from artworks and concerts. Amidst the growing talk about tax corruption and its darkening smell, Finance Minister Muhammad Maait announced that he would not cover up any corruption and appoint a new head of the tax authority.

Despite the finance minister’s statements in January, the Administrative Control Authority arrested the head of the tax authority, Abdel-Azim Hussein, for bribery. Hussein was arrested after he obtained material and in-kind benefits as a bribe from some chartered accountants dealing with the interest.

The tax evasion file has turned into a means of blackmail from the ruling regime towards some businessmen and revenge against some political opponents outside Egypt. Last September, local newspapers published news of the arrest of businessman Salah Diab for evading paying EGP 11 billion in taxes, and newspapers close to the security services described him as corrupt. Diab was imprisoned for weeks pending investigations before he was released recently, without mentioning his tax evasion or the amount he would have to pay.

The same thing was repeated with businessman Naguib Sawiris, accused of evading EGP 14 billion in taxes, before his company, Orascom, reconciled with the tax authority and reduced the amount to only EGP 7.2 billion. In 2017, after a dispute between Sawiris and the al-Sisi regime, the government reopened Orascom’s tax evasion case and said that the amount reconciled was much less than what was required to be paid. After Sawiris donated an amount in favour of the Long Live Egypt Fund, the Ministry of Finance, newspapers and satellite channels kept silent about the tax evasion case for him and his family, which was seen by followers as blackmailing business people.

Cases of tax evasion were also considered by human rights activists as a way to intimidate opponents and take revenge on them, which happened with the artist and contractor Mohamed Ali after he revealed corruption involving al-Sisi and the army leaders and called for demonstrations. Muhammad Ali’s name was suddenly mentioned in four cases in which he was accused of tax evasion and sentenced in absentia with imprisonment and fines. The same thing happened with the former Egyptian national team player and al-Ahly club player Mohamed Abu Trika, the artist Amr Waked and other opponents of al-Sisi’s regime outside Egypt.

A new law on violating public enterprises puts everyone under the...

Adaptation instead of confrontation: How has the Egyptian regime’s coronavirus plan...