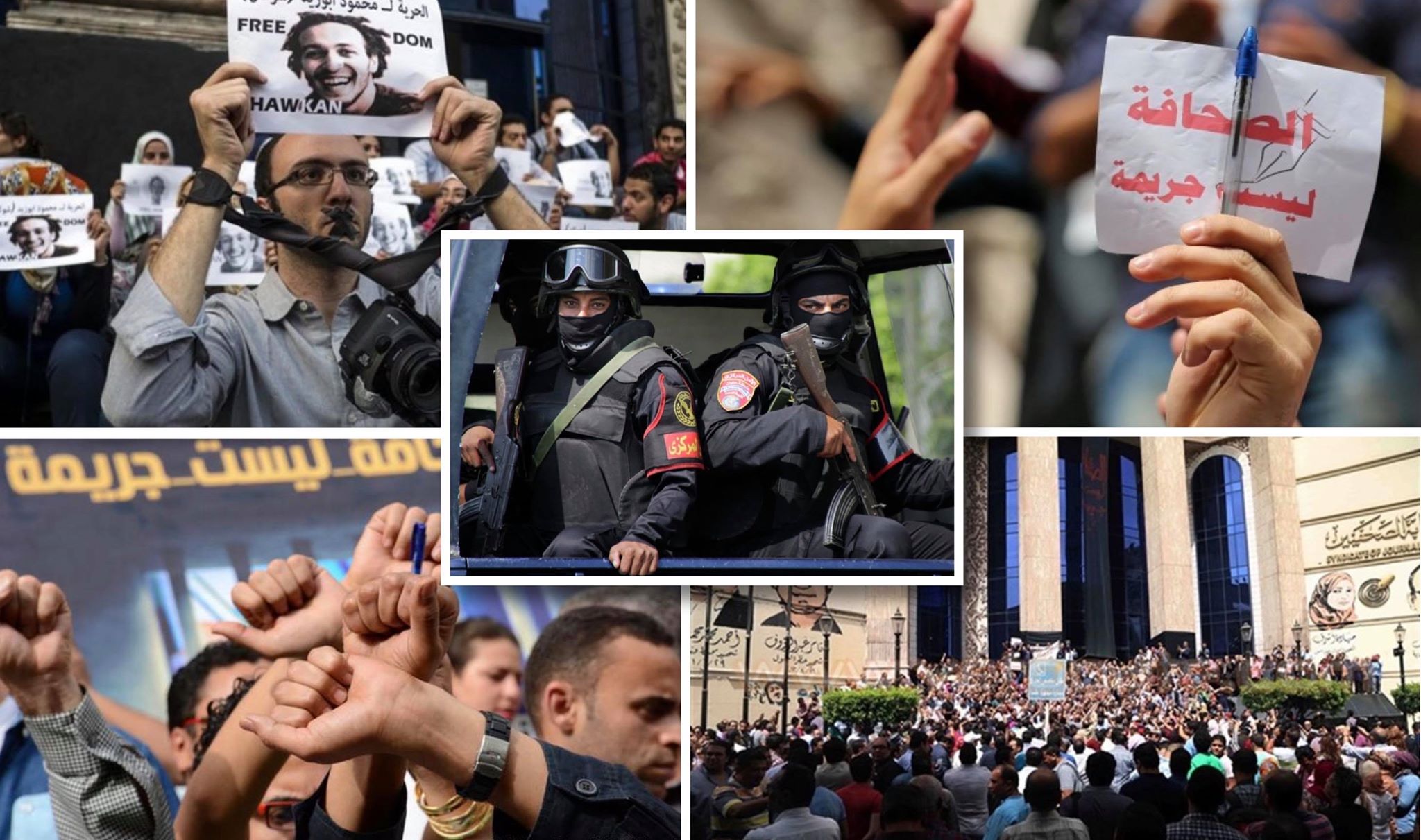 Egypt ranks 163 out of 180 countries in the Reporters without Borders (RSF) World Press Freedom Index, due to media restrictions that limit the independence of the press. According to the Committee to Protect Journalists, Egypt is the third largest prisoner of journalists in the world, with at least 30 journalists in prison. A recent report issued by the Egyptian Observatory for Journalism and Media (EOJM), an Egyptian civil society organisation concerned with freedom of the press, reveals that the risks journalists face in Egypt are not limited to security issues only, such as arrest and imprisonment.

In 2019, four press organisations were attacked by ‘civilians’ and by the Egyptian security forces which has created an environment where journalists have become more vulnerable and don’t feel safe. In parallel with quashing freedom of opinion and expression, and its continuous repression of journalists, the Egyptian authorities fail to hold to account anyone who uses force to intimidate journalists. Moreover, state agencies, represented by the Egyptian police, are also intimidating journalists, which reinforces impunity.

Egyptian police raided the headquarters of Mada Masr, an independent Egyptian online newspaper, in November 2019. Nine individuals in civilian uniform stormed their office, confiscated the phones of the 16 journalists, collected their identity documents, and interrogated them for three hours. Security forces arrested the editor of the website, Lina Atallah, and the journalists Rana Mamdouh and Mohamed Hamama, and took them to Dokki police station. When asked, officials denied they were there. Later on, the three journalists were released without given a reason for their arrest.

In October 2019, Egyptian security forces raided the Cairo 24 news website, not for the first time. On May 6, 2019, several thugs accompanied by the producer and businessman Ahmad al-Subki raided the headquarters of Sada al-Balad news website, beat the editor-in-chief and the journalists working there, smashed the front of the headquarters, and destroyed a number of offices and equipment, because of a dispute between al-Subki and the channel which owns the website. In September 2019, a number of thugs attacked the headquarters of Al-Tahrir newspaper and assaulted a number of journalists who were protesting, in an attempt by the owner of the newspaper and its chairman to break up their sit-in, and remove the protesters from the newspaper’s building. None of the concerned authorities took any real measures to hold accountable those involved, which reinforces the policy of impunity.