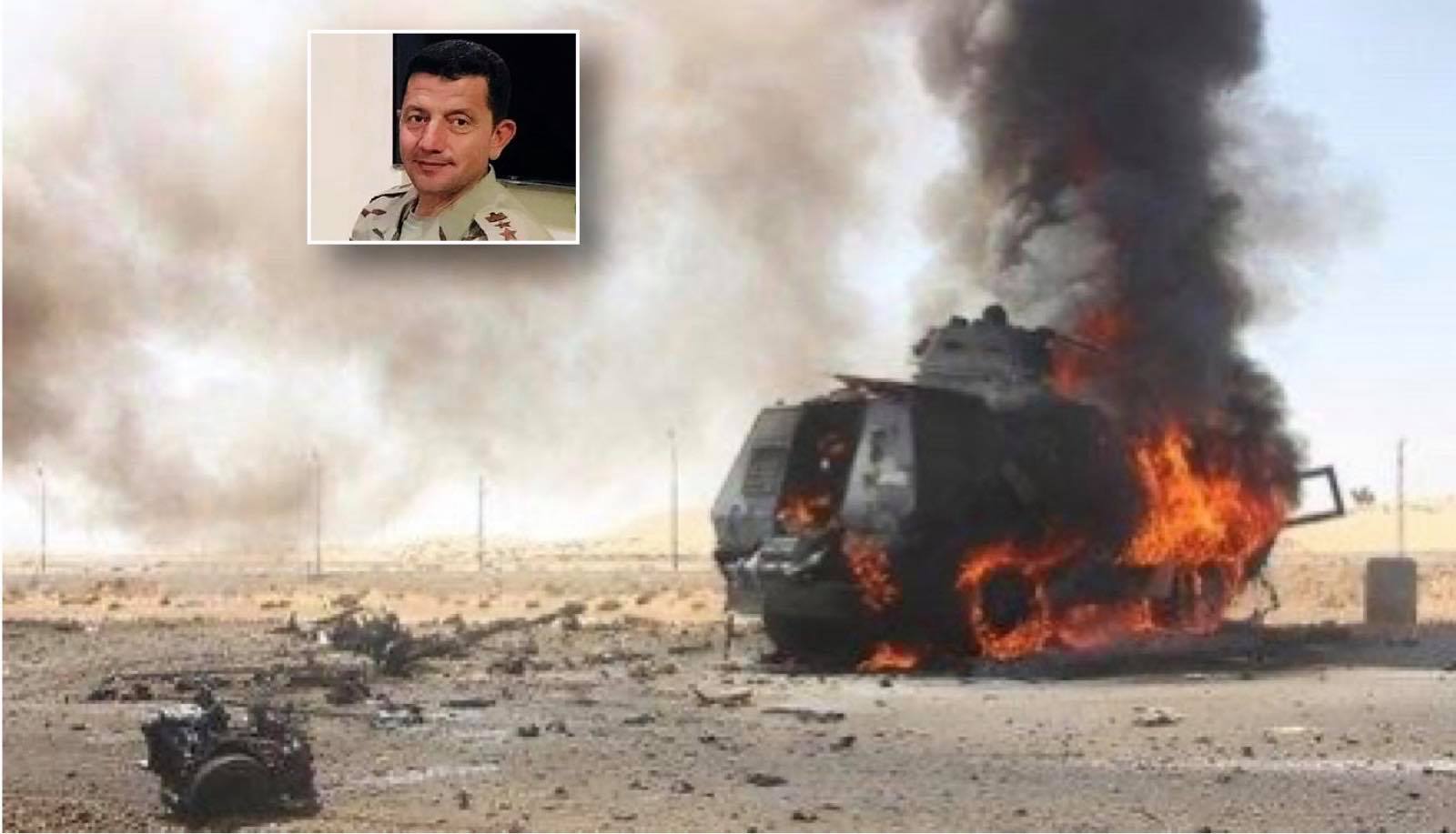 Brigadier Mustafa Abido, commander of the 134th Brigade and the 18th Infantry Division Mechanics in the Egyptian Army, was killed on Tuesday after a bomb targeted his car in the city of Bir al-Abd in North Sinai.
Local sources said IS put a bomb in the brigadier’s car “while it was travelling on the international road in the al-Touloul area east of Bir al-Abd, and the car was completely destroyed.” The explosion shook the area, the car caught fire and army and ambulance forces rushed to help. This attack comes in the context of the escalation of terrorist attacks from IS in Sinai against the Egyptian army during the past few days, the last of which was an attack on zelzal security checkpoint last Saturday which led to the death of seven soldiers, including two officers.