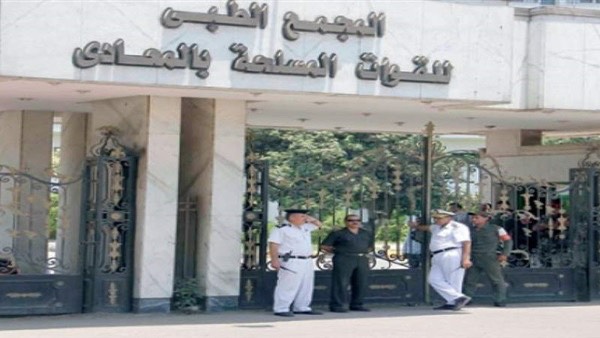 Media sources have said that the Egyptian regime is intentionally concealing information about new coronavirus cases in the country. Most of the people are being kept in military hospitals and not being reported. Sources have told Egypt Watch that there is a dispute within the Egyptian regime, and that some members of the party have demanded honesty and that people are educated on preventive methods to avoid the spread of the virus and have called for the World Health Organisation’s assistance in taking effective measures to confront the virus. Others consider that the risk of spreading panic among Egyptians is more harmful than the risk of spreading the virus itself. Egyptian media have been instructed not to publish any news about coronavirus infections anywhere in the country except when they publish official statements.

The regime is hiding coronavirus after the Ministry of Health confirmed that they have no real capabilities to confront the virus or to establish buffer zones or quarantines in various governorates of Egypt. Also, officials at the Ministry of Health confirmed that hospitals are not ready to receive large numbers of patients if the virus spreads in Egypt. The issue has become public after a number of countries discovered infections among citizens returning recently from trips in Egypt, including six in France and one in Canada. The World Health Organisation has confirmed these cases, which has put Egypt in an embarrassing position. However, it appears that now the Egyptian government has begun preparing to announce the existence of cases in Egypt, after it was forced to do so.

Egyptian sources told Egypt Watch that a number of patients in Tanta Military Hospital, in the north of the country, have HIV and that among those cases an entire family (three individuals) have been infected with the virus. Egypt Watch’s sources estimate that there are currently more than 20 confirmed cases in Egypt. Egyptian Health Minister Hala Zayed has said that she expects to have more coronavirus cases in Egypt soon, but that 82 per cent of those infected with the virus will not need to enter a hospital or receive any treatment, and they will only need to rest at home until they are cured. These statements have raised activists’ fears that the Egyptian government is paving the way for not providing any treatment or medical assistance to 82 per cent of possible cases. This comes at a time when Egyptian human rights activist Ahmed Samih spoke out about the presence of some 25 cases in Egypt, including one which resulted in death in the Shebin el-Koum General Hospital in Menoufia Governorate (north of Cairo). Samih said that he had confirmed information about five cases of coronavirus in the Tanta Military Hospital in Gharbia Governorate, including three people from one family. He asked on his Facebook page, “Is the World Health Organisation allowed to see patient data in military and police hospitals in Egypt? Usually, the police and authorities in military hospitals are not subject to direct supervision by the Egyptian Ministry of Health, which means that cases in military hospitals will not be included in the ministry’s statistics, and WHO will not be informed unless these hospitals declare them. Media sources have said that the Egyptian authorities detained four people in Qasr al-Aini Hospital in the capital, Cairo, and that two of the cases are confirmed.

French Health Minister Olivier Veran said on Friday that “six cases of coronavirus infection have been recorded in connection with travellers returning from Egypt.” Canadian authorities announced, on Friday, a new case for one tourist, aged 80, who returned from Egypt on February 20. Taiwan revealed that a woman returning from Egypt on February 21 had been infected. This brings the number of infected who left Egypt during the last month to 11 people, six in France, one in Canada, one in Taiwan, and three in China. However, the Egyptian Ministry of Health refuses to admit that there are any new cases inside the country, as it announced on Friday that the first person who had the infection, discovered in January, has been cured.

Releasing then revolving… The detainees’ rights are lost between international pressures...