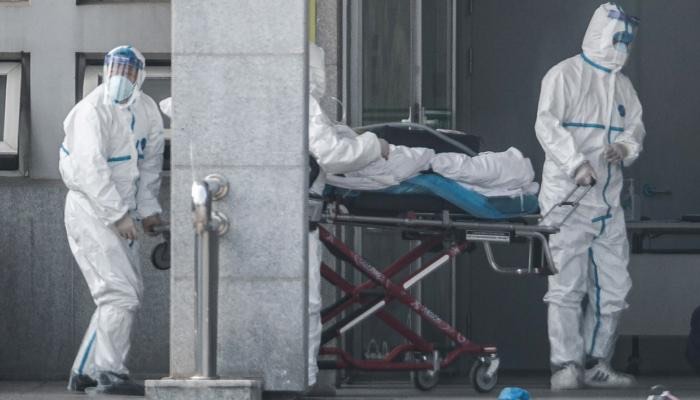 The spokesperson for the Egyptian Ministry of Health and Population, Khaled Mujahid, has maintained that Egypt is currently completely free of any new cases of coronavirus. This statement came amid skepticism about the Ministry of Health’s declarations after the announcement by the French Health Minister Olivier Veran that two of the confirmed cases of coronavirus in France are people who recently returned from a trip to Egypt. The French announcement reinforces previous accusations made against the Egyptian government that it is concealing infections. Mujahid said that the ministry contacted the Egyptian embassy in France to obtain information about what the French health minister had said. He added that Egypt had not received a response from France yet.

The French newspaper Le Parisien published a report on the registered cases on Thursday and Friday. Two elderly people were put into quarantine after it was found that they had been infected by the virus, after returning from an organised trip to Egypt, one of them in Brecht and the other in Dijon. The newspaper stated that “the two [people] are in intensive care in a serious condition,” and that they were on a trip to Egypt with about 20 other people. The newspaper, quoting Health Ministry officials, said that the search is underway for people with whom the two patients have been in contact. Also, Veran confirmed on Thursday that his country has discovered new confirmed cases of coronavirus, bringing the total number to 38 cases. France later confirmed 19 new cases of coronavirus, bringing the total to 57. This comes at a time when the Egyptian Ministry of Health announced, in a statement on Thursday, that the first case of the new coronavirus, contracted by a “foreign” person inside the country, had recovered. Prime Minister Moustafa Madbouly said on Thursday: “There is no coronavirus in Egypt. We will not hide anything.”

Accounts on social media have been circulating information, not based on sources, that there are (at least) seven cases of newly discovered coronavirus in Egypt, and that authorities are hiding the reality. The documents issued by the Anti-Virus and Prevention Centre of China have reported that three Chinese citizens were infected with the virus after returning from Egypt. The documents showed that a Chinese woman, who was working as a manager of a Chinese company in Egypt, and her assistant, left Egypt on February 4 and confirmed that they were ill. Upon examination of those in contact with them, it was confirmed that one of the workers was a carrier of the virus, and it was announced as the first confirmed case of infection in Egypt so far. The Chinese boy recovered and left the isolation hospital last Thursday. Another document from the Chinese Anti-Virus Centre dated February 16 showed that a Chinese citizen had returned from Cairo to China via Moscow, and that he had been infected.

Abdel Karim al-Kandari, a member of the National Assembly in Kuwait, called for screening people travelling from Egypt to Kuwait. Al-Kandari said, according to Kuwaiti newspapers, that Egypt’s transparency over the number of cases is not our business, but what concerns us is treating with caution travellers coming from there. Egyptians expressed concern about the spread of the virus in Egypt considering that the country does not have an adequate health care system.

Cement sector in Egypt: A new economic crisis created by the...