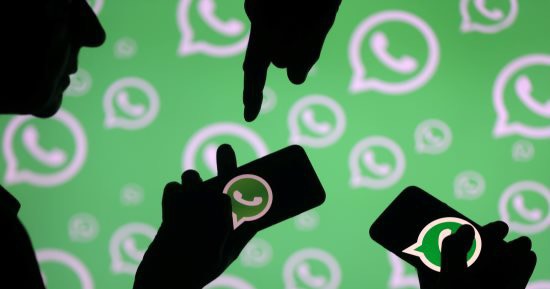 Egyptian media loyal to Abdel Fattah al-Sisi attacked groups of schoolchildren’s mothers on WhatsApp. The media described these WhatsApp groups as becoming a source of rumors, and that they had become a threat to Egypt’s security. Usually, the mothers of students in each school create their own group, during which they discuss their children’s news and what is happening in the school, to solve problems quickly. These groups became widely known as Mummies’ Groups. Over the past few days, these groups have reported news of the spread of the new Coronavirus in the country. Media men loyal to the Egyptian regime considered that these groups circulated news harmful to Egyptian national security. The media pointed out that this information led to the spread of panic among citizens, and also badly damaged Egyptian tourism.

The Egyptian government says that there are no cases of the new coronavirus, and there are just two cases, one of which was discovered, belonged to a Chinese citizen who had recovered, and the other belonged to a Canadian engineer who is in medical isolation. However, there are widespread doubts about the veracity of what the Egyptian regime says. During the past few days, several countries have discovered cases among citizens returning from trips to Egypt. France said it had discovered at least 6 people infected with the virus after they were on a trip to Egypt, and Canada has announced the discovery of a seventh patient. China said it had discovered three cases, and Taiwan and Kuwait also announced. Kuwait, Qatar, and Angola have taken decisions to prevent Egyptians from entering the country, in order to prevent the transmission and spread of the disease. Egyptians said that there are cases of coronavirus infection, but the Egyptian regime denies this completely.

Private sources told Egypt Watch that there are more than 20 cases of the virus, but they have been hidden in military hospitals of the armed forces. Military hospitals are not subject to direct control by the Ministry of Health, and therefore cannot view what is going on there without permission from the army. Only two injuries were revealed, and they are two foreigners, so the army could not conceal them. The Egyptian regime denies any infections in Egypt, in order to prevent widespread fear and panic. During the past period, Egyptians circulated news about the Egyptian regime’s intention to evacuate schools and stop studying for 4 weeks. The Egyptian Cabinet was forced to issue a statement in which it denied all these reports, and said that it was baseless rumors.

Egyptian media loyal to the al-Sisi regime said that these groups had been infiltrated by members of the Muslim Brotherhood, and that these members had published false news. These accusations were published in a number of Egyptian newspapers and websites almost simultaneously, among those sites and newspapers, Al Youm 7, Akhbar Al-Youm, and Al Masry Al Youm, and a number of other sites and newspapers. Media groups on Egyptian channels and radio also attacked these groups, accusing their members of being affiliated with the Muslim Brotherhood. But it seems that the simultaneous attacks of the Egyptian regime’s media have not been widely accepted by the popular circles in Egypt. Many of social media activists criticized these attacks sarcastically, considering it is funny. The Egyptian regime usually denies the existence of any problem, even if it is widely or internationally known, and accuses the speakers of that problem of being members of the Brotherhood or of being evil people. Egyptian opponents consider the accusations against the moms’ groups a comical situation, but observers say it is a policy of the Egyptian regime.