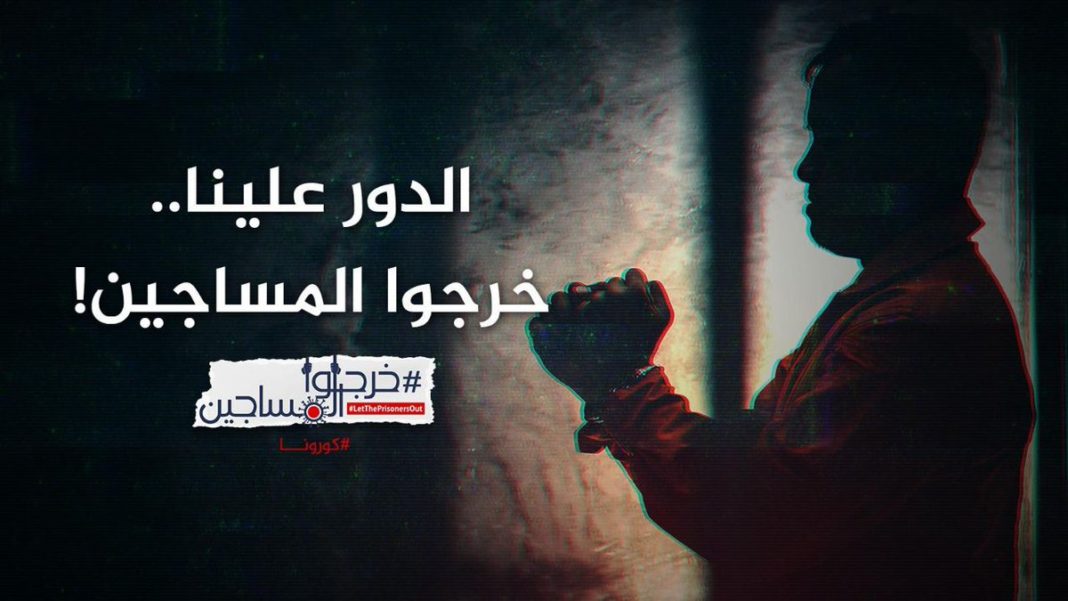 Several human rights organisations in Egypt have called for the immediate release of political detainees and prisoners for fear of an outbreak of coronavirus in Egypt’s prisons, especially after a number of countries in the world have done this, including Iran. The Egyptian Coordination for Rights and Freedoms called for releasing the elderly and sick from prison by issuing an amnesty, and the conditional release of most of the detainees with precautionary measures.

The Egyptian Coordination launched an electronic campaign, “let the prisoners out,” and called on every former prisoner to write his testimony and personal experiences about prison conditions. It called for an increase in the time prisoners are exposed to the sun, the provision of personal hygiene tools, the operation of laundries in prisons, allowing the entry of medication from outside the prison, reducing crowding inside cells, sterilising them, and increasing medical care for the elderly and the sick. The Al-Nadim Centre for the Rehabilitation of Victims of Violence and Torture and the Medical Syndicate called on authorities to release prisoners and detainees, and called on the families of prisoners and detainees to send letters to the Egyptian attorney general to demand the immediate release of their relatives.

Detainees in Egypt are subjected to harsh and inhuman conditions of detention, where tens of thousands are crowded into small cells, deprived of sunlight, forced to share personal hygiene tools, as well as being subject to poor ventilation, lack of health care, malnutrition and other inhuman conditions of detention, which makes Egyptian prisons a fertile land for a coronavirus outbreak.