EgyptWatch
Home Reports Osama Morsi: The son of the late president is being subject to...
Facebook
Twitter
WhatsApp 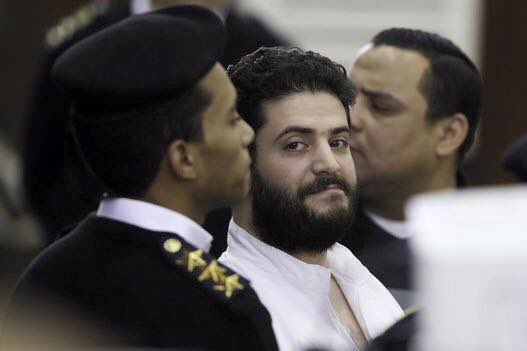 The international legal team defending the family of the late former Egyptian President Mohamed Morsi have expressed serious concern about the physical safety of the late president’s son, Osama Morsi, who is still being held in one of the Cairo prisons in conditions of detention that violate all internationally recognised standards. In a statement issued a few days ago, the team called on the Egyptian authorities to recognise their obligations to Osama Morsi, and to ensure his treatment in accordance with the standards set forth in national and international law.

Solitary confinement and denial of visits
The Egyptian regime arrested Osama Morsi in 2016, pending the case of breaking up the Rabaa al-Adawiya sit-in, the sit-in organised by supporters of the late President Mohamed Morsi in protest against the military coup led by Abdel Fattah al-Sisi. The sit-in ended after the regime killed hundreds of protestors and arrested thousands of others. Osama complained several times during his trial sessions that he is being detained in solitary confinement in al-Aqrab Prison (one of the worst prisons in the world), and that he is forbidden from meeting his wife, children and all members of his family, as well as being prohibited from praying including even the Friday prayer and he is not allowed to continue his studies while he is in prison. Al-Aqrab prison authorities have regularly deprived Osama of his rights as a prisoner, as his family was only able to visit him in prison once at the end of 2017, and the meeting took place through a glass barrier, in breach of prison regulations. Osama was sentenced in September 2018 to 10 years in prison and his appeal against his prison sentence has not been decided yet, despite the passing of more than a year and a half since the verdict was issued. Since Osama was sentenced, there is no longer any way to check on him. According to jurists, he was left alone in his solitary cell twice since then. The first was when his father, who died during his trial on June 17 2019 was buried, and the second was when his brother Abdullah, who died on September 4 2019 was buried.

The danger of poisoning
The legal team of the late President Morsi’s family confirmed that Egyptian authorities have refused to listen to any complaints regarding Osama and also refused to take any steps to protect his rights, noting that they believe that the life of the late president’s son is in imminent danger now, especially as he is under constant threat from the prison administration. The international legal team added that there is a very high risk that Osama is being poisoned in prison, especially given that he is being exposed to the same risks that his late father was exposed to. They pointed out that in order to highlight these concerns, Osama has started a hunger strike. “We must highlight the fact that Osama’s father and younger brother passed away as a result of their opposition to the military regime led by the army commander Abdel Fattah al-Sisi, and they are believed to have been killed by the authorities,” the legal team mentioned in their statement. They are calling on the United Nations to conduct a full investigation into the circumstances and conditions of their deaths.

A broad campaign of solidarity
A number of political and human rights activists launched a campaign of solidarity with Osama Morsi, after he went on a hunger strike to protest against his inhuman conditions in prison.Through the hashtags #Save_Osama_Morsi, #Osama_ Morsi and #Freedom_to_Osama_Morsi, dozens of activists warned of the dangers of the hunger strike on Osama’s health, whom they considered to be subjected to “deliberate or systematic killing,” noting that he is in prison “out of revenge” against his father and the Muslim Brotherhood whom he was counted as part of.