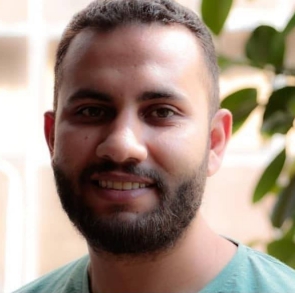 The family of researcher Ibrahim Ezz El-Din published a letter sent from Ibrahim from inside prison saying that the authorities’ decision to prevent visits has prevented the entry of medicine he needed for his stomach condition, and for depression. Since the spread of coronavirus, only anti-cold and flu medicine is allowed to enter prisons. Ibrahim’s family said that he suffers from severe depression and has tried to commit suicide more than once since his detention. Egyptian prisons have banned prison visits because of fears of the spread of coronavirus, and prevented food from entering.

Security forces broke into Ibrahim’s house on June 12, 2019, and forcibly disappeared him until November 26 when he appeared before the state security prosecution. Ezz El-Din was subject to physical and psychological aggression, and was imprisoned in a solitary cell for several days during which he was blindfolded and illegally interrogated without his lawyer present, according to the Egyptian Commission for Rights and Freedoms.

The second within 24 hours: Train collisions continue to take Egyptian...