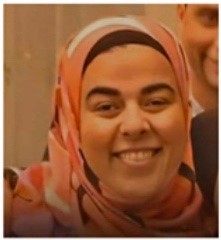 The State Security Prosecution has imprisoned political activist Noha Kamal al-Din, the daughter of the MP Kamal al-Din Ahmed, for 15 days pending investigations on charges of spreading false news about the spread of coronavirus in Egypt. Security forces in Alexandria Governorate arrested political activist Noha Kamal as part of a campaign of arrests that targeted several activists who have criticised the government’s policy on COVID-19. Aya Kamal, Noha’s sister, was arrested by in 2014 due to her participation in the Muhammad Mahmoud protests, before her parents intervened and mediated to release her.

Expert in international and strategic studies, Essam Abdel Shafi, announced the arrest of his younger brother, Sameh, saying, “At a time when the world is united against coronavirus and the countries of the world are releasing detainees, the Egyptian regime is brutal, and is carrying out an extensive campaign of arrests.”