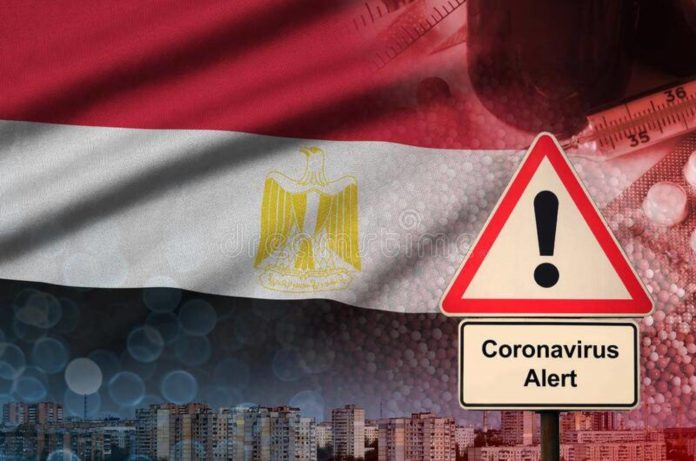 Between escaping from quarantine for societal reasons or for security, health, or finances, there are a number of reasons why Egyptians are escaping quarantine. Recently, the village of Bahtit in Sharqia Governorate witnessed a strange event that raised terror and anxiety in the hearts of the people, after a young man infected with coronavirus escaped from quarantine in one of the isolation hospitals and came to the village to attend the wake of his uncle. It turned out that the young man lives in Bilbeis, and works in the cheese factory in the 10th of Ramadan city, in which six infections were recently discovered, which led to the closure of the entire factory. The young man was able to reach the village, where the families did not know anything about his infection, and shook hands with many of them during the funeral. Shortly after the young man was in the village, a village sheikh was informed that a force from the Abu Hammad Centre was on its way to the village. Security managed to escort the young man back into quarantine and also sterilised the area.

About a month ago, another patient with coronavirus managed to escape from the Egyptian authorities, who came to his home to take him to quarantine. The patient managed to escape with the help of his family, who considered entering the quarantine a scandal and a disgrace in their society, because they considered it to be like prison. When a policeman tried to catch the patient, he threatened to spit in his face, which made the policeman retreat.

Three weeks ago, a young Egyptian man told Egypt Watch that he believed he was infected with the novel coronavirus, but he refused to inform the Egyptian authorities of his infection, because he believed he would be arrested immediately. The Egyptian teacher said that he was known in his area to be opposed to the Egyptian regime, and that he had to change apartment after the security forces raided his house several times. The young man says that he met a friend of his who had recently returned from abroad, and after several days he found out that his friend had coronavirus and he also began to feel symptoms of the disease, so he isolated himself in one of his rooms. He confirmed that he had experienced almost all of the symptoms of coronavirus, and his wife was caring for him, and kept him in a closed room away from his sons, and she was checking his temperature regularly and giving him drugs to bring his temperature down.He recently told Egypt Watch that he is getting better and is almost totally recovered.

A young Egyptian, Mohsen Mahmoud, told Egypt Watch that he decided not to return to Egypt from the USA, or to be quarantined, but only for financial reasons. The Egyptian authorities have imposed fees on Egyptians wishing to return to their country, including the price of the plane ticket, in addition to the costs of staying in a hotel dedicated to quarantine. These fees included EGP 750 ($48) per day for an individual in a shared double room, for a total of EGP 10,050 ($638) for 14 days, or EGP 1,500 ($95) per day for an individual in a single room for a total of EGP 20,010 ($1,270) for 14 days. Mohsen said he barely has the price of the return ticket, and he cannot afford these costs, so he decided to stay in New York, the city with the most coronavirus infections on earth. Also, for financial reasons, Tawfiq Ahmed says that he leaves his home village of al-Moatamadeyah to get to work, despite the fact that Egyptian authorities imposed a quarantine on that village. Observers say that people should be reassured that there is no stigma attached to medical procedures and that the health of Egyptians is paramount.

A parliamentary report reveals financial and administrative scandals in the Egyptian...