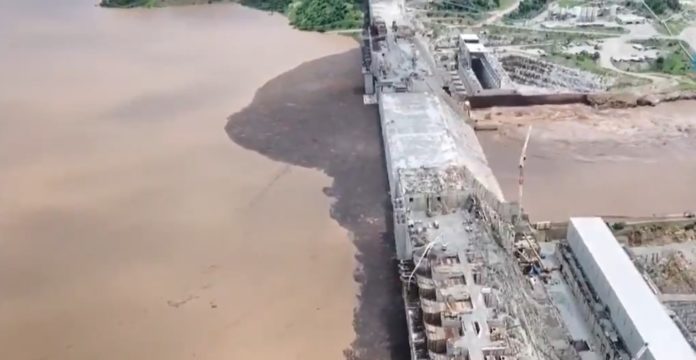 The African mini-summit on the Renaissance Dam was concluded last week, July 21st. The Ethiopian Prime Minister, Abiy Ahmed, announced during the mini-summit that his country has commenced filling the Dam despite Egypt and Sudan objections and his country’s previous denial. The Ethiopian government feels that they scored a great victory that transformed the Nile to their very own lake.

The leaders of Egypt, Sudan, and Ethiopia held a mini-summit under the auspices of the African Union with the presence of the President of South Africa, Cyril Ramaphosa, whose country chairs the Union, besides the leaders of several other African countries. The mini-summit convened to discuss the issue of the Renaissance Dam which is the subject of dispute among the three African countries. During the summit, Abiy Ahmed, the Ethiopian Prime Minister, announced that his country has finished filling the Dam Lake during the past two weeks despite the official denial several days before. In a statement on his official account on Twitter, he declared that “It has become clear over the past two weeks, during the rainy season, that the process of filling the Renaissance Dam in the first year was accomplished, and the Dam is under construction.”

Although the amount of water retained by Ethiopia was not exactly specified, Ethiopia had determined the target amount in the first year to be about 5 billion m3 of water, which represents approximately 9% of Egypt’s share of the Nile water that amounts to 55.5 billion m3 annually. Hours after the summit, the Ethiopian Minister of Foreign Affairs, Gedu Andargachew, congratulated his people on the completion of the first-year target of filling the Renaissance Dam’s tank which would enable the country to try the turbines installed on the Dam for electricity generation. His congratulations, however, carried more than just the news. The Minister of Foreign Affairs wrote on his official account on Twitter, “Congratulations. It was the Nile River before and now has become the lake through which Ethiopia will get the development it desires. In fact, the Nile has become ours.”

The Ethiopian TV broadcasted a speech for the Ethiopian Prime Minister, Abiy Ahmed, about the beginning of the filling, and was accompanied by pictures taken of the process, as well as the people’s celebrations of the event. Last Wednesday, Addis Ababa broadcasted images of the process of filling the Dam’s lake and tank. An Ethiopian account also published a video of the tank-filling first shots saying that it belongs to the Ethiopian News Agency (ENA) and the Ethiopian TV (ETV). The video showed the moment the water entered the Dam Lake.

The Ministry of Foreign Affairs issued a statement saying that the parties agreed during the mini-summit to the importance of continuing with the negotiations. The statement emphasized the necessity of reaching a legally binding agreement on filling and operating the Dam provided that it contained a legally binding mechanism for dispute-resolution to which any of the parties can resort to solve any future disputes concerning the interpretation or implementation of the agreement. The statement also explained that the necessity of focusing the negotiations on the Renaissance Dam as an electricity-generating dam and not a water-consuming one asserted during the summit. It was also emphasized that there is no need to force topics irrelevant to the dam, nor any future ambitions into the negotiations.

Sudan agreed with Egypt on objecting to the one-sided actions in this issue. After the Ethiopian Prime Minister’s, Abiy Ahmed, declaration of the beginning of the Renaissance Dam lake filling, the government of Khartoum, represented by the Prime Minister Abdalla Hamdok, stated that it informed the African mini-summit of its rejection to the Ethiopian unilateral measures. Khartoum announced that some water plants ceased to function because of the sudden recession of the White and Blue Niles as well as the Nile River. The Khartoum State Water Corporation’s Director-General, Anwar al-Sadat al-Hajj, explained that Salha A and B, Bet Al-Mal, Khartoum North, Oum Kati, and Al-Shijra water stations are out of service despite lowering the raw water pumps’ platform to the lowest possible level. He expected scarcity of water supply in a number of the State’s neighborhoods, as well as its severe shortage in other distant areas.

The Sudanese Ministry of Irrigation and Water Resources announced water level decline by about 90 million m3 daily at Al Diyum water station at the border with Ethiopia, which confirms that the gates of the Renaissance Dam were closed despite Addis Ababa’s previous promise not to cause any damages to Sudan’s and Egypt’s shares of the Dam water.

The re-cycling of political prisoners “ Tadweer” : the Judiciary in...