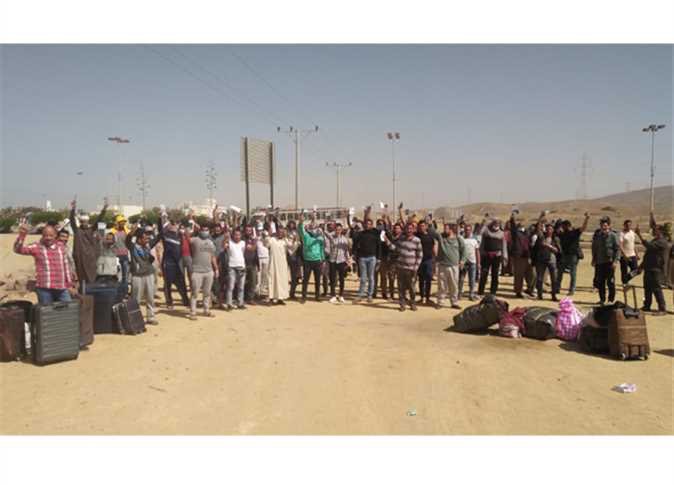 Abdullah al-Jebali, an Egyptian resident in Indonesia, has been working in the tourism sector for several years. In March, the hotel he was working for closed its doors due to the coronavirus crisis that affected tourism, among other businesses, all over the world. On March 25, because air traffic stopped, al-Jebali wrote to the Egyptian embassy in Jakarta asking for help to return to his country. The embassy has not yet fulfilled his request.

In an interview with Egypt Watch, al-Jabali said: “With the help of a fellow Egyptian, I managed to join a WhatsApp group for Egyptian citizens stranded abroad. A member of the House of Representatives, an Egyptian consul, and an assistant to the Minister of Immigration were also in the group. The three of them offered only feelings of sympathy.”

“The embassy asked us to sign an endorsement that we will bear the cost of the return ticket and quarantine expenses before setting the date of the flight. Though we signed the endorsement, nothing happened. After [a few] weeks we found out that the expenses were approximately EGP 25,000 [$1,590] and had to be paid first,” al-Jebali added.

“I don’t have this amount of money right now. I spent all the money I had on accommodation after being dismissed from my job. At the moment, I get financial help from some acquaintances here. Then, we asked for other payment options but got no response from the Ministry of Foreign Affairs or the Ministry of Immigration. We don’t know anything about [where the flight will leave from], as there are two airports, one in the capital, Jakarta, and one in Bali, where the majority of the stranded Egyptians live. We also don’t know anything about the time of departure.”

Al-Jebali continued: “We knew that the 17 Egyptians stranded in Vietnam had been told by the government that there was not enough of them to send them a plane and that they have to travel first to Thailand or Malaysia [to get a plane to Cairo].”

Since the outbreak of the coronavirus pandemic, a lot of people are stranded around the world. Due to the difficulty of returning to their homelands, most countries of the world had to send flights to evacuate their nationals. However, the Egyptian government ignored its citizens or exploited their crises, asking them to pay for their return tickets and quarantine expenses.

Ehab al-Khatib, a university student, got stranded in the Philippines. In an interview with Egypt Watch, he said: “We are about 30 students stuck here. Our studies have ceased and our financial resources have dried up. We want to return to Egypt. We cannot manage living expenses here. The Egyptian embassy asked each of us to pay EGP 25,000 for the flight ticket and quarantine expenses. This amount of money is too big for us. We are just students. Also, we have not seen anything like that with any other community. The Syrian community was returned and quarantined for free, according to what we knew from our colleagues. Besides, none of the officials tried to reach us.”

There are currently around 500 Egyptian nationals stranded in Qatar and the Egyptian government refuses to return them. More than that is media incitement against them, describing them as “terrorist elements,” claiming their affiliation with the Muslim Brotherhood, and considering this as a reason for the government to abandon them.

Yasser al-Hawary, an Egyptian political activist residing in Doha and one of those familiar with the issue, said, “All security and private security companies in Qatar, at the same time, laid off Egyptian workers. This came suddenly. They are about 500 individuals.”

Yasser explained that these workers are now getting help from members of the Egyptian community in Doha. “We collect money and buy food and detergent and deliver them to the workers. When someone wants to deliver something to them, I personally would take it and go to their places.” He explained that “the Qatari government informed them that their work is finished, and that once air navigation returns, they will go back to Egypt. The Egyptian government has not given any official response so far.”

Mohamed al-Hady, one of the Egyptians stranded in Doha, said, “I am one of the workers of the European Guarding & Security Services Company. There are 270 of us. The company terminated the services of all Egyptians in the company on March 11 without telling us why. We made several demands for our return to our country but were completely ignored. The Qatari government obliged the company to provide us with only housing and food. I think this is happening with us because our country is at odds with Qatar, but we are ordinary citizens who have nothing to do with politics. We have the right to return to our country.”

Al Jazeera, a Qatari state-funded channel, broadcast a statement earlier this month from a Qatari official who said that his government had rented a Spanish plane to transport these workers to Cairo. However, according to the official, the Egyptian authorities have refrained from receiving the plane on the pretext of stopping international air traffic at Cairo Airport.

Osama Heikal, the Egyptian Minister of Information, announced that the president had ordered the government to pay the quarantine expenses of the Egyptians returning from abroad. However, this did not happen according to several testimonies from stranded Egyptians who said that the government asked them to pay the price of the return ticket, which is almost twice its normal price, as well as the costs of staying in quarantine.

On Tuesday, April 28, Egypt sent a ferry to evacuate stranded Egyptians at the Saudi port of Duba. This came, however, after the publication of several videos on social media websites in which they appealed to the Egyptian government to evacuate them and return them to Egypt to end their suffering that has been going on for many weeks.