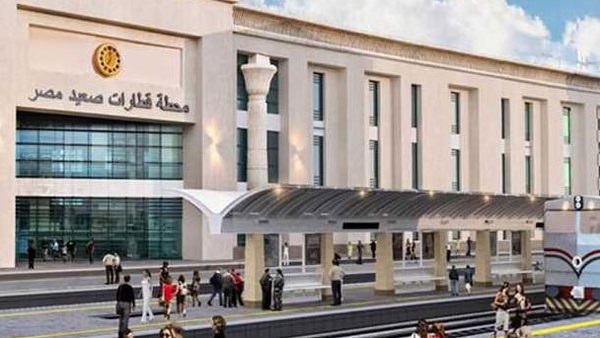 The Ministry of Transport’s decision to allocate Bashtil Railway Station in Giza for trains coming from Upper Egypt has raised anger. According to the new decision, Upper Egypt trains will not reach the Ramses area of ​​the capital Cairo, which raises the anger and resentment of Upper Egypt governorates.

The people of Upper Egypt expressed their anger on social media. They said that what the Minister of Transport, Kamel al-Wazir, did was hateful racism towards Upper Egypt governorates, which are inhabited by more than half of Egyptians. The people considered that the construction of the new Bashtil Station was an attempt to prevent them from heading to the capital.

Opponents say that instead of establishing a new train station in Bashtil, it was better to spend these billions on development and service projects in Upper Egypt so that its people would not need to go to Cairo in search of work. There was another opinion that the matter was nothing more than an attempt to increase security control of the capital and close the ports leading to it in the event of demonstrations, as the Upper Egypt line trains were repeatedly suspended in previous times to quell popular protests. It is known that the governorates of Upper Egypt are the highest in Egypt in terms of poverty, unemployment, and the lack of essential life services, and the majority of those who use these trains are from low-income groups.

The government decided to establish a new station in Bashtil, Giza Governorate, at the cost of EGP 5 billion, as an alternative to the historic Ramses train station and said that the goal is to reduce crowding in the heart of the capital. The new station is scheduled to receive arrivals from the governorates of Upper Egypt. A hotel and a mall will also be built near the station.

After the intense anger of the people of Upper Egypt and accusations of racism, Kamel defended the decision with a telephone intervention on one of the satellite channels, saying that Ramses Square is not the final destination for all those coming from Upper Egypt. He added that those coming from Upper Egypt usually take another means of transportation after landing at Ramses. Therefore, it makes no difference for them to land in Ramses, Bashtil, or Giza, he said.

MP Muhammad al-Ghoul, a member of Parliament from Qena Governorate, called on the Minister of Transport to reconsider the decision to end the Upper Egypt line trains at Bashtil in Giza instead of the Misr station in Ramses Square. Al-Ghoul said that some government officials deal with the people of Upper Egypt as second-class citizens, which is a type of discrimination rejected by the constitution and the law.

A number of Upper Egyptian residents have launched a campaign to boycott railway trains on their travels to Cairo, considering that this is forcing them to take the subway from Bashtil to reach their destination. This comes in conjunction with a significant increase in subway and train tickets recently, as the price of the lowest ticket in the metro became EGP 5 pounds then reached EGP 10, according to the number of stations, after it was EGP 1 three years ago.

Amidst the conversation, the measure aims to control the capital, and the Ministry of Transport is studying a plan to establish a new railway station in the city of Qalyoub so that this station will be the end and beginning of the northern line trains instead of the Misr Ramses station. In a media statement, Kamel previously revealed that part of the Lower Egypt lines would be transferred to Qalyoub, with consideration being given to extending the second metro line to Qalyoub as well, to make it easier for citizens.

It is noteworthy that the people of Upper Egypt are the citizens that most use the railway trains due to the distance in their governorates and the fact that thousands of them migrate to work due to the deterioration of conditions in Upper Egypt. Despite repeated government promises to the people of Upper Egypt to develop, these governorates remained the poorest, with the highest levels of unemployment nationwide. While 70 per cent of Egyptian industries are concentrated in Cairo, Alexandria, and Sharkia, the governorates of Upper Egypt have mainly become isolated from the rest of the population because it is difficult for them to reach the capital, which will become even more difficult if the train station moves.