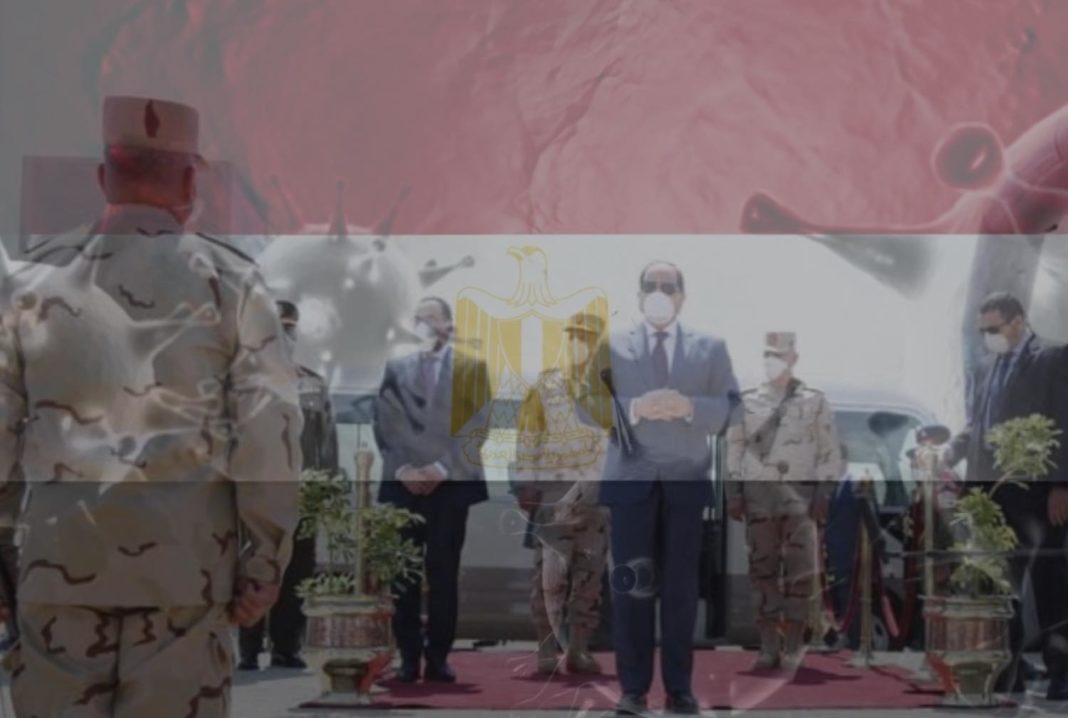 Eight Egyptian human rights organizations, in a joint statement, condemned what it described as the “exploitation” of the Corona pandemic by the Egyptian government as a justification for amending the emergency law. Egyptian General Abdel Fattah al-Sisi added new articles to the emergency law that allow the (permanent) incorporation of military officers to form an emergency Supreme State Security Court. Supreme State Security Courts (primarily exceptional) were formed according to the declared state of emergency in the country since May 2017. The new articles also allow expanding military investigation and trial of civilians in military courts.

The human rights organizations expressed their dissatisfaction with the continued neglect and silence of the Supreme Judicial Council and judicial bodies over these amendments, which beset the independence of the judiciary. The organizations added that “the new amendments to the Emergency Law, which entered into force on May 7, came mainly to enhance the authority of members of the armed forces over civilians. These articles give the armed forces personnel the authority of the judicial police, and grant the military prosecutor the authority to investigate crimes that are caught with their knowledge. According to the new articles, the role of the public prosecutor is limited to merely referring to the judiciary if it deems it necessary.

These amendments also allow the President of the Republic the authority to delegate jurisdiction to investigate crimes that violate the emergency law to the Military Prosecution. These amendments also give the President of the Republic the authority to amend the formation of the Supreme State Security Court to include the formation of military judges permanently, which would waste the citizen’s constitutional right to trial before his natural judge. These human rights organizations considered that “these amendments to the emergency law, which have been applied almost continuously for three years, are another new step towards the systematic sabotage of the institution of justice from 2013 until now.”

According to the emergency law, a law was issued to form terrorist circles, appoint their carefully chosen judges, and control their jurisdiction to allow the selection of cases referred to them, leading to the use of prosecutions and judicial rulings in retaliation and abuse of the political opponents. In addition, according to the emergency law, the trial of civilians in the military courts has expanded, which allowed the President of the Republic to interfere in the selection of heads of judicial bodies and to fortify this choice in recent constitutional amendments.

The human rights organizations indicated that these amendments “come in conjunction with some economic decisions that may be the prelude to larger future decisions, adding more burdens on the Egyptian citizen. During the past years, the income of the Egyptian citizen was directly and violently affected by COVID 19 pandemic and previously due to economic policies that spanned years, which raised the poverty rate in Egypt to unprecedented rates.

The recent amendments increase the Egyptian regime’s grip in the face of any legitimate endeavors or possible criticism of these decisions, and tightening the security grip to curb any objections to it. On May 4, the House of Representatives approved a bill imposing a “state development fee” of 30 piasters per liter of gasoline and 25 piasters per liter of diesel.

The government has also prepared a draft law ready for presentation to Parliament that requires deducting 1% of state employees ’salaries for 12 months, to develop the health sector and raise its budget in the face of the Corona epidemic. On the other hand, the past few months have witnessed large-scale arrests and prosecutions, against the backdrop of criticism of state policies in the face of the epidemic.