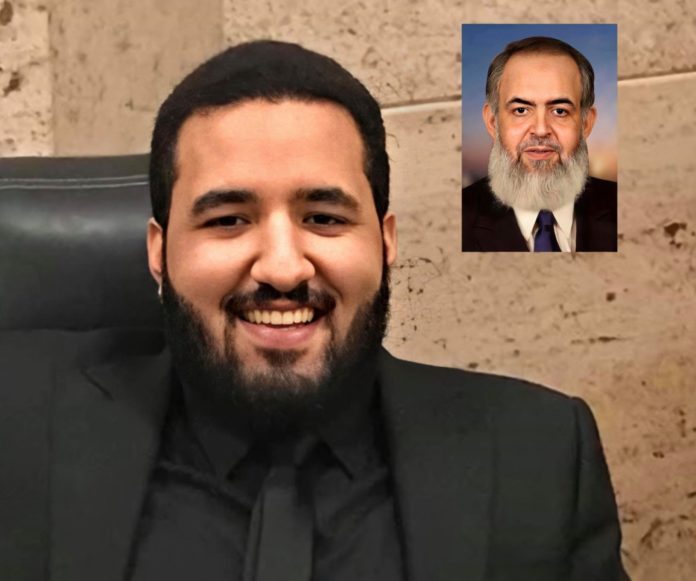 Human rights organisations and activists have reported that the Egyptian security authorities arrested the son of the prominent Sheikh and former presidential candidate Hazem Salah Abu Ismail, who had been detained since July 2013. The human rights organisation We Record said that security forces arrested Al-Baraa Hazem Salah Abu Ismail on Saturday at dawn after storming his house and searching it without showing any legal documents. He was taken to an unknown detention facility. In July 2013, the military coup authorities, led by then Minister of Defence Abdel Fattah al-Sisi, arrested Sheikh Abu Ismail, who was sweepingly popular with the Islamists, and placed him in poor prison conditions and solitary confinement. His arrest raised many activists’ fear that Sheikh Hazem would be subjected to intentional killing in prison, whether directly or by medical neglect, as happened with the late President Mohamed Morsi, and that the arrest of Al-Baraa his son is a prelude to announcing this matter.

There was no immediate official statement from the Interior Ministry regarding the arrest of Al-Baraa. His arrest comes amid arrest campaigns launched by the National Security Forces in Egypt against al-Sisi’s opponents. Al-Baraa Hazem, the son of Sheikh Hazem Salah Abu Ismail, had previously confirmed information circulating about his father entering an open hunger strike inside solitary confinement in the infamous Scorpion Prison in protest of ill-treatment and intentionally causing psychological harm. Abu Ismail’s family had previously submitted an official communication to the United Nations International Human Rights Commission against the Egyptian regime, rejecting what it called “the injustice that has been imposed on it for years of unlawful imprisonment.”

Qamar Moussa, Abu Ismail’s lawyer, said that his client is subjected to deliberate medical negligence, as if he is to be killed gradually, in the absence of any response to healthcare demands. It is noteworthy that Abu Ismail is sentenced to a total of 13 years prison in different political cases. Al-Baraa is the latest detainee among the relatives of politicians and public figures targeted by the Egyptian regime forces.

Egyptian and international human rights organisations and media have documented the arrest of several relatives of Egyptian opponents and media men. The arrest campaigns are aimed at pressuring opponents to stop al-Sisi’s criticism or draw attention to his regime’s human rights violations. This policy of arresting the relatives of politicians recently extended to include relatives of Egyptian opponents and media outlets. Opponents say that the regime is not satisfied with the suppression of all critics in Egypt, it seeks to stifle free speech from outside by targeting the families of opponents in Egypt. Since the beginning of last year, security authorities have arrested the relatives of at least 15 opponents who live abroad.

Security forces have smashed down the doors of many houses of the relatives of opponents who live abroad and confiscated their money and passports. Also, they forced fathers to condemn their sons on TV, arrested fathers and brothers, charged many of them with terrorism and placed them in prison. For years, the Egyptian regime previously used these tactics against the families of suspected drug dealers and jihadists, but recently, this policy was expanded to include the families of opponents, journalists and artists. Amr Magdi, a researcher in the MENA department of Human Rights Watch, described what is happening as a collective punishment, in which some 20 of the relatives of opponents have been arrested and prosecuted.