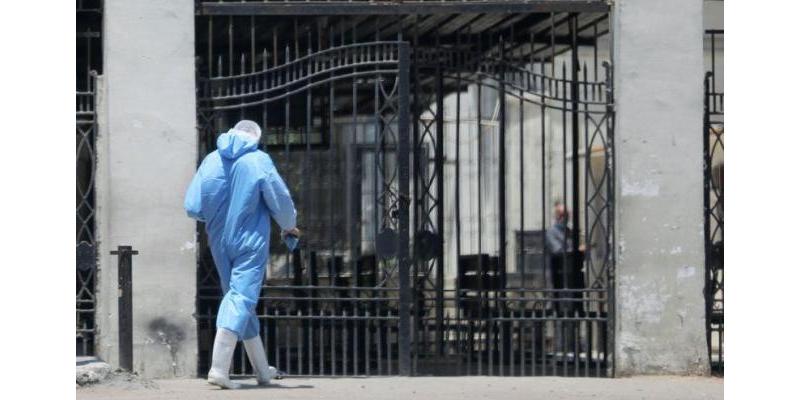 Overnight, the media loyal to General Abdel Fattah al-Sisi turned against doctors in Egypt even after it called them the “white army.” It described them as traitors and criminals working against Egypt, and security authorities launched arrest campaigns targeting a number of doctors critical of the regime’s policies in the face of the coronavirus (COVID-19).

The accusation of treachery and being a member of the Muslim Brotherhood (the biggest dissident group) is the easiest way for the Egyptian authorities to besiege his opponents and critics and distort their image to the public. With the outbreak of the coronavirus pandemic the situation was further aggravated, after hundreds of members of medical teams caught the virus and some of them died. A number of doctors expressed their indignation at the way the health system is managed in Egypt and some of them resigned or threatened to resign after seeing their colleagues die by neglect.

Al-Sisi’s regime saw these criticisms as a challenge, and feared this would turn into a wave of popular outrage. Fear appeared to escalate the anger of the doctors and spread calls for strikes and mass resignations, due to negligence and lack of care.

The Physicians Syndicate warned of increasing anger among doctors who have not been protected, which they confirmed “will negatively affect the provision of health care,” also warning at the same time “that the health system may completely collapse, and a health catastrophe may strike the whole country if continued inaction and neglect are practiced by the Health Ministry regarding medical personnel.”

Media documented that as night fell on April 10, the police entered an apartment in Qalyubiyya Governorate, north of Cairo, and arrested an ophthalmologist, Hani Bakr. Hani’s lawyer, Aisha Nabil, said that the reason for his arrest was something he posted on Facebook on April 4. In that Facebook post, Hani criticised the regime for sending medical masks to China and Italy, while he could not obtain masks to practice his work. The authorities are still holding Bakr, 36, who is one of at least three doctors who were arrested during the coronavirus crisis, according to Reuters.

Lawyers say the charges against them include “spreading false news” “misusing social media” and “joining a terrorist organisation,” and the latter is a charge often used in political cases. Lawyers said that the authorities arrested those doctors after they raised their voices to protest the lack of means of protection or to call for better measures to control infection.

The Ministry of the Interior has not commented on the arrest of Bakr and other doctors, as if it is not an important incident, though doctors are described for government propaganda media, as the “white army.”

The pro-regime media launched an attack on the doctor Mahmoud Tariq, who resigned after the death of his colleague Walid Yahya, and accused him of belonging to the Brotherhood, using a photo he had posted on Facebook, under which pro-regime media said that he was making the Rabaa symbol in reference to the Rabaa massacre, which took place in summer 2013 against the late president Mohammed Morsi’s supporters. The doctor’s colleagues made it clear that the image belongs to the ceremony for the end of the fourth year during their studies at the Faculty of Medicine, and that Tariq was raising the mark of victory (raising two fingers only) and not four fingers.

Al-Dostor (The Constitution) published on May 28, 2020, pictures of a group of doctors and between them, Mona Mina, undersecretary of the Doctors Syndicate, and the general coordinator of the Doctors without Rights Movement, in addition to politicians, journalists, and prominent personalities, making it the main cover image, which they titled “All of them are Muslim Brothers.” The picture sparked a widespread wave of criticism as Mona Mina is widely known to be a Christian, not even a Muslim, and a strong opponent of the Muslim Brotherhood.

The death of the young doctor Waleed Yahya (32 years old), due to his infection with the coronavirus, triggered a severe crisis among doctors and their union on the one hand, and the Health Ministry on the other. The late doctor is the father of a child who is only a few months old, and his story flooded social media platforms and the media as soon as his death was announced, on the first day of Eid, May 24, 2020, after the Health Ministry failed to provide a place for him to be treated and delayed taking a PCR sample from him which would have determined his infection early, contrary to what happened with some artists who were infected with the virus, such as Ragaa al-Geddawi. Yahya’s death sparked outrage among doctors, who have long demanded that their union provide protection for them while working to treat coronavirus patients. Dr. Yahya’s death prompted the doctors of Moneira General Hospital, where he was working, to submit mass resignations, which threatened the collapse of the health system. The medical association “warned of the increasing frequency of anger among the doctors.”

The World Health Organisation says that about 11 per cent of corona-positive people in Egypt are health care workers, including 124 doctors, according to a report released on May 17. The Medical Syndicate said that it had registered 350 cases among doctors, including 19 deaths, as of last week. As the virus spread, some doctors in public hospitals expressed growing concern and said they did not have access to basic means to prevent the virus.

In a different violation against the “white army,” Doctor Mohamed Mokbel, a pathologist, said that staff in Mansheyet El-Bakry Hospital in Cairo requested coronavirus tests after the results of the coronavirus tests for 23 of their colleagues were positive, days after the hospital began receiving suspected cases of the virus in mid-May, but they received no response. He added that when the doctors decided to refrain from work to support their demands for examinations and the provision of protection and training, the hospital administration threatened to report them to the National Security Agency.

Al-Sisi’s health advisor, Muhammad Tajuddin, denies that doctors are subjected to any security pressures or threats, and says that retaliation is “not permitted” and that complaints receive attention. But various sources said that the government moved to quell the doctors’ criticism.

Many doctors said that the Health Ministry sent a memorandum to hospitals warning health care workers that they would be held accountable if they leaked information about the coronavirus. Doctors in four different governorates said that they had seen similar warnings, while a doctor from Dakahlia Governorate confirmed that the Legal Affairs Committee of the Ministry of Health in the governorate had questioned him because he accused the ministry on Facebook of the lack of transparency in relation to coronavirus infections.

The future of Egyptian dissidence after the National Accord Document