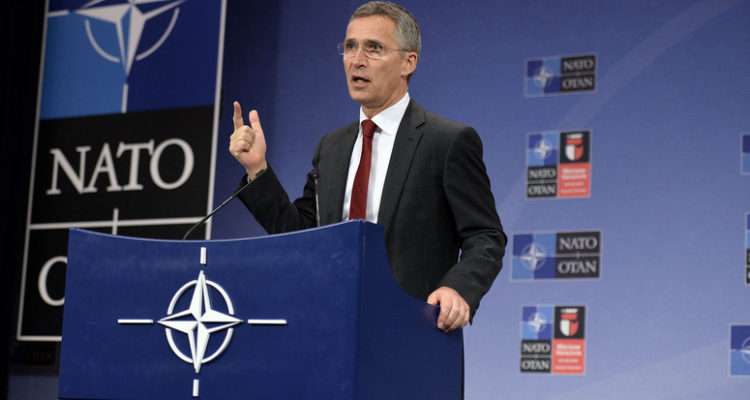 The North Atlantic Treaty Organisation’s interest in the Libyan issue has increased, and NATO has begun to give indications of its willingness to play a more active political role in the Libyan arena. The Egyptian regime monitors with suspicion indicators of NATO’s interference in Libya, as NATO tends to support the internationally recognised Government of National Accord (GNA), which makes NATO a potential new enemy to the regime of General Abdel Fattah al-Sisi.

Al-Sisi’s regime believes that the allies of the Al-Wefaq government are increasing, while the allies of General Khalifa Haftar’s forces are decreasing. The increase of international allies to the GNA began significantly on November 27, 2019, when Turkish President Recep Tayyip Erdogan and President of the Presidential Council of the Libyan government, Fayez al-Sarraj, signed two memoranda of understanding on security and military cooperation, and the demarcation of maritime borders between the two countries in the Mediterranean, to protect their rights as stated in international law.

In the wake of this milestone step, rapid internal and external changes occurred in Libya, especially in terms of the position of NATO on the war. For years, Libya has suffered from armed conflict. With the support of Arab and European countries, the militia of the Libyan General Khalifa Haftar has attacked the GNA of the oil-rich country.

Since its intervention in Libya in 2011, NATO has not pursued an active policy towards this country, but following the signing of the Turkish-Libyan agreement, the alliance began sending indications of changes in its policy towards the Arab country, as part of a broader change in the way the international community deals with the Libyan issue.

NATO’s intervention in Libya began in February 2011, with the start of the first wave of Arab Spring revolutions, at which time the late Muammar Gaddafi countered a popular uprising with a bloody armed suppression. In the wake of United Nations Security Council resolutions 1970 and 1973, NATO launched the Unified Protector operation in Libya, after declaring a no-fly zone.

NATO’s members, headed by France and Britain, and with the participation of Arab countries, launched air strikes against Gaddafi forces, in implementation of Resolution 1973, and in response to the policy of repression that Gaddafi pursued against the uprisings against his rule (1969-2011). During an operation that lasted about eight months, NATO and its partners carried out 26,000 sorties in Libya, with the participation of 8,000 soldiers, 21 warships and more than 250 aircraft. As a result of NATO intervention, the Libyan opposition took the lead, and toppled Gaddafi’s rule in 2011, prompting NATO to end its mission in October of the same year.

The position of NATO converted again

While some circles have recently begun to ask questions about NATO powers, the alliance has begun developing a new vision for its system using the name, NATO 2030 Vision. After a meeting of NATO leaders in London on December 4, 2019, voices are calling for the alliance to play an active political role in the international arena.

NATO Secretary-General Jens Stoltenberg announced that the alliance had begun reviewing how to play more roles in both the war against terrorism and the Middle East, under pressure from US President Donald Trump. Stoltenberg stressed, on more than one occasion, that the alliance should become “a strong actor on the political front,” while maintaining its military might. This situation naturally affected the role of NATO in Libya.

After 2011, NATO’s position on Libya was limited mainly to demands to “end the violence” and support the political process, receive senior officials of the legitimate government from time to time at NATO headquarters in the Belgian capital Brussels, and express that they were ready to play a more active role in Libya. Although NATO does not have a military presence on Libyan soil, Libya is usually present on its agenda.

On May 14, Stoltenberg brought up the decisions taken by NATO heads of state and governments during the 2018 Brussels Summit on Libya. He told La Repubblica Italian daily, “The al-Sirraj government, which is internationally recognised and recognised by the United Nations, cannot be put in one hand with Khalifa Haftar. NATO is ready to support the Tripoli government.” He stressed that the alliance is ready to assist Libya in the defence and security fields if it receives a request from Al-Sarraj.

Following these statements, Stoltenberg held telephone conversations with President Erdogan and al-Sarraj regarding developments on the Libyan issue. Stoltenberg said that NATO’s assistance to Libya would take into account the political situation and security conditions in the Arab country, reiterating NATO’s readiness to support the Tripoli government.

During the meeting of NATO defence ministers on June 17, Stoltenberg expressed his concern about the “mass graves” found by the Libyan army in Tarhuna (90 kilometres southeast of Tripoli), after its liberation from the Haftar militia, on June 5, calling for an investigation into Haftar’s violations. He added that the alliance is increasingly concerned about increasing Russian activities in the eastern Mediterranean, in both Syria and Libya, and that it is closely following the developments in the region.

This indicates a change in the NATO dynamics related to Libya, which prompted NATO officials to confirm, over and over again, their aspirations regarding assistance in building Libyan defence and security institutions and assisting the Tripoli government. There is no doubt that the memoranda of understanding between Turkey and Libya has had the greatest impact on changing these dynamics. Thanks to the cooperation between Ankara and Tripoli, the Libyan army was able to liberate the areas occupied by Haftar militia from areas in Tripoli, then liberated the cities of Tarhuna, Bani Walid and other regions, and is currently preparing to liberate the city of Sirte (450 kilometres east of the capital).

In addition to the above, the actions of Russia, the eternal competitor of NATO, in Syria (alongside the regime of Bashar al-Assad) and in Libya (to support Haftar), became an inconvenience to the leaders of the alliance, with the increasing American rejection of Russian activity in the region, which is evident from the support of the Houthi group in Yemen, besides increasing Moscow’s diplomatic activity with Egypt and the UAE.

The United States publishes photos taken by its satellites, showing Russia’s supply of shipments of MiG-29 Su-27 warplanes to Libya, indicating that Washington is reviewing its policies towards Libya. US forces in Africa, Africom, also published pictures of Russian warplanes taking off from the al-Jufra air base in Libya. Africom described Russia, in a statement, as “the first arms dealer” which benefited from conflicts and instability in the African continent. Africom Operations Commander, General Bradford Gering, said that Russia is trying to make strategic focal points on the southern flank of NATO, at the expense of innocent Libyan lives. He added that the increased frequency of cooperation between Turkey and the United States, the two countries that are members of NATO, would change the map of alliances in Libya.

On Thursday, Turkish Foreign Minister Mouloud Chaoucoglu confirmed that President Erdogan and Trump are cooperating over the Libyan issue. On the other hand, division has deepened between the European Union countries regarding Libya, as France continues to support Haftar, although it does not explicitly acknowledge this, which is a cause of concern for Italy and Germany. Thus, it seems clear that NATO, which has returned to discover its role in Libya, is beginning to realise the importance of the role it may play in Libya, and has begun to give indications of its willingness to play a more active role in Libya.