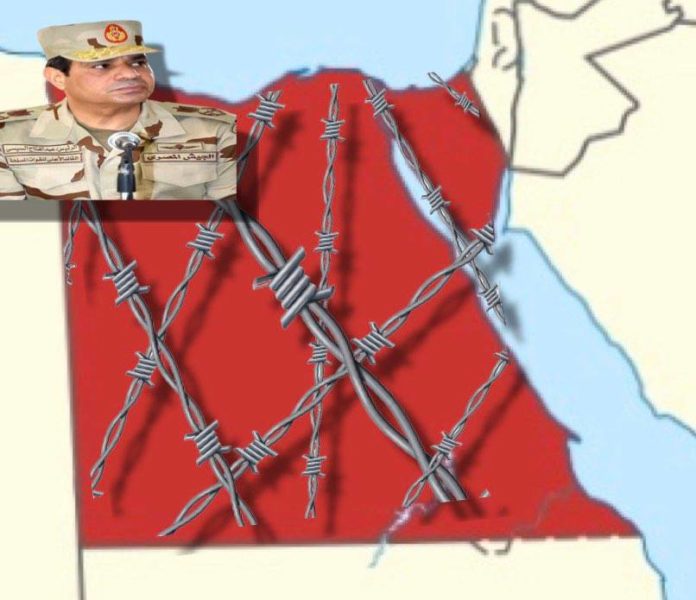 Several days ago, the Egyptian police arrested Sanaa Seif, sister of the well-known blogger and political detainee Alaa Abdel Fattah, again. Sanaa and her family are of the most prominent leftist dissidents in Egypt. She and her brother belong now to the thousands of political detainees in al-Sisi’s prisons who have different political attitudes, from Islamists, liberalists, leftists, to those who don’t belong to a particular political alliance.

However, politics is not the only reason to be pushed into detention in Egypt, as the Egyptian law enforcement agencies including the public prosecution, police and even the so-called sovereign bodies (the intelligence services) have many grounds to detain different categories of people and deprive them of their freedom.

Accordingly, the Egyptian police arrested over the previous month a couple of women known as the TikTok women because they use social media to broadcast short funny videos. They post short clips of themselves singing and dancing in what is considered by police and the prosecution as “incitement to debauchery and immorality.”

Last May, Mawadda al-Adham was arrested. She has an Instagram account with 2 million followers and was a prominent figure on TikTok. The prosecution accused her of “violating the principles and values of the Egyptian society.” Such accusations were also directed at other social media figures such as Dina Marageeh, Sherry Hanem and her daughter Zomorroda, Manar Samy and Renad Emad.

Such cases are defined under the Digital Crimes Law, which was approved by the Egyptian parliament in 2018. This law gives the government full authorisation to monitor and control the internet activities of citizens and arrest them on charges that could lead to imprisonment and high fines.

On the other hand, the disreputable National Security (the Egyptian secret police) arrested doctor Mohamed Moataz al-Fawwal, the treasurer of al-Sharkia doctors’ union and teacher of Radiology in al-Zagazig Medical School, on Thursday, June 25, for posting on Facebook criticisms of statements made by Prime Minister Moustafa Madbouly, who accused doctors of being incompetent in facing the COVID-19 pandemic and causing the death of a lot of patients. The prosecution put him on parole for 15 days.

Accordingly, al-Fawwal joined several doctors who have been detained for criticising the government’s handling of the COVID-19 pandemic, through blogging on their Facebook. Hence, the Egyptian Medical Syndicate demanded the attorney general release the five doctors whose families complained to the syndicate.

Despite the fact that freedom of religion is described in the Egyptian Constitution as “absolute,” the court of al-Sharkia sentenced two people, Mahmoud al-Ramly and Mahmoud Youssef, to one-year imprisonment on charges of promoting Shiism, an Islamic school opposing Sunnism, the branch of Islam followed by the majority of Egyptians. Al-Ramly and Youssef were arrested on May 16, 2019, and were forcibly disappeared in an unknown place for a month. The prosecution later put them on parole, the evidence allegedly being some textbooks in their possession about Shiism.

In the same vein, a court in Alexandria sentenced Anas Hasan to three years imprisonment and fined him EGP 300,000 ($18,680) last February, on charges of offending religion and abusing social media websites because Anas established a page on Facebook for Egyptian atheists.