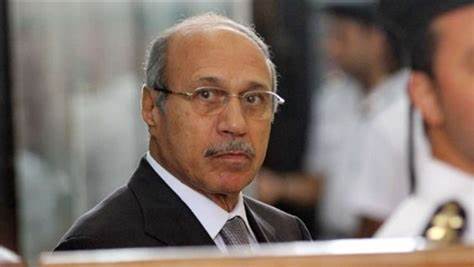 The Egyptian Court of Cassation, the highest judicial authority in the country, has issued its final ruling on the former Interior Minister, Habib el-Adly. It confirmed he must pay EGP 500 (approximately $30 dollars) in the last cases he was tried for after he was removed from his position in the 25 January Revolution in 2011.

The last case was embezzlement of the Ministry of Interior’s funds in which Habib el-Adly, along with eight of his assistants, were accused of embezzling EGP 2.6 billion ($162.6 million) from the ministry’s fund. The Cairo Criminal Court sentenced him to seven years imprisonment. The longest-running Interior Minister in the history of Egypt escaped from this sentence with the complicity of the police service, which did not execute the judgment.

After the abolition of the previous sentence by the Court of Cassation, el-Adly was retried before Giza Criminal Court, which is the same court that acquitted and fined him EGP 500 only for unintentional damages and neglect as the Interior Minister. This judgment was issued despite him being the highest leader in the ministry and no decision could be taken without his knowledge and approval.

Moreover, he took advantage of his position to sign decisions and forms rewarding some of the ministry’s officers and leaders without mentioning which entity received these rewards. The Court of Cassation, however, ratified the verdict.

In November 2014, the Cairo Criminal Court acquitted Habib el-Adly and his assistants Ahmed Ramzy, Adly Fayed, Hassan Abdel Rahman, and Ismael el-Shaer, in addition to the overthrown President Hosni Mubarak and his sons, Alaa and Gamal, of the charges of the premeditated murder of peaceful protesters during the 25 January Revolution.

In 2012, the Criminal Court sentenced el-Adly and Mubarak to life or 25 years imprisonment for the charges of premeditated killing of the protesters during the January Revolution. This sentence was abolished by the Court of Cassation which referred the case to another court that acquitted them both and their assistants. This sentence coincided with the acquittals of all the officers, warrant officers, and policemen involved in the killing of about 850 martyrs (according to the official statistics) during the revolution, and not one of them was found guilty of their murder.

In February 2015, el-Adly was acquitted in the case of the metal plates in which he was tried together with the former Prime Minister Ahmed Nazif, and the fugitive Minister of Finance, Youssef Boutros Ghali, who is still at large.

El-Adly was sentenced to five years imprisonment in July 2011 on account of his participation in the crime of assigning the importation of metal vehicle plates to a German company by direct order for $25.2 million without considering any of the other companies’ biddings and despite the availability of better offers and the absence of any necessity to make the deal. The Court of Cassation, however, abolished the sentence and referred the case to another court, which acquitted Habib el-Adly.

El-Adly secured another acquittal in June 2014 of the charge of profiteering and money laundry. This acquittal was issued from the Southern Cairo Criminal Court that was retrying him after the Court of Cassation abolished another court’s verdict in the same case of 12 years of rigorous imprisonment and a fine of about EGP 5 million ($312,734). He was charged at the time of profiteering from his position to gain EGP 5 million from selling a piece of land to a contractor who was assigned to build some projects for the Ministry of Interior. El-Adly laundered that money at one of the Banque Misr branches.

El-Adly’s fifth acquittal came from Giza Criminal Court in the case of illicit gains. He was accused of profiteering of his position to gain about EGP 181 million ($11.3 million) and accumulating an enormous wealth that is not commensurate with his income, as well as getting two pieces of land in the Green Belt of 6th of October City in violation of the law set by the Urban Communities Authority which forbids state employees to get any pieces of land in that area allocated for agricultural purposes.

Failure to execute a judgment

On December 18, 2016, Agouza Misdemeanor Appeals Court acquitted the former Interior Minister of the charge of failure to execute a judgment of return of a police officer to his job and the withdrawal of the decision of his early retirement.

Habib el-Adly assumed the position of Interior Minister from 1997 until the 25 January Revolution broke out in 2011. His ruthless and brutal history of torture and repression was one of the reasons for its outbreak. Torture and political arrests were the norm during his reign, which was the longest in the history of Egypt, and yet, he was acquitted of all charges.

The success of Egyptian opposition TV channels reflects the failure of...

The debate between Sheikh al-Azhar and Cairo University’s president

The roar of poverty pushes Egyptians to psychological illness and crime