EgyptWatch
Home Reports The displacement of the people of the slums: A better life or...
Facebook
Twitter
WhatsApp 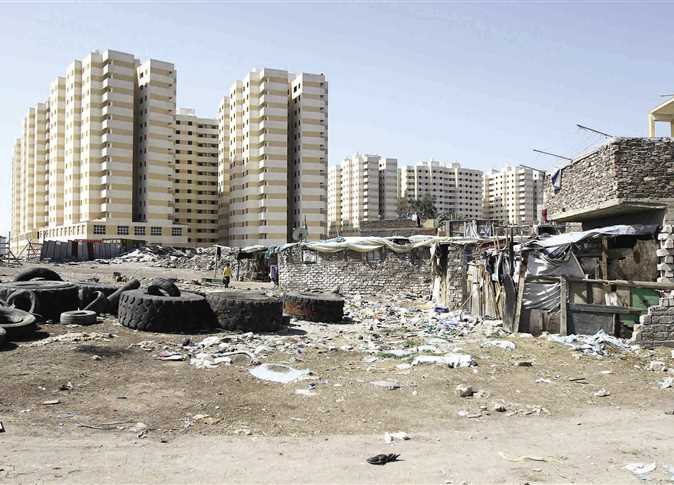 The Egyptians witnessed with amazement rare protests in the Maawa al-Sayadeen (the Fishermen’s Shelter) area in al-Qabbari in Alexandria Governorate (North), in opposition to the Egyptian authorities’ decisions to evacuate and demolish their homes and move them to new housing in other regions.

Protests erupted on Friday followed by clashes with security forces that resulted in injuries and arrests, and the military prosecutor subsequently ordered the imprisonment of 42 protesters. The protests and clashes came as a result of the government’s insistence on evacuating the area on the pretext of developing it and building new housing units for the people, as the government classifies it as a slum. But the people refused to leave their homes, rejecting the compensation announced by the governorate. Some accused the government of displacing them from the region to set up tourist projects for a number of investors and businessmen, which brings to mind what happened on Warraq Island in Giza and the Maspero Triangle in Cairo.

A number of activists on social media also criticised violent security dealings with protesters from the Maawa al-Sayadeen area in Alexandria, which resulted in injuries and arrests after security forces used tear gas and beat protesters to disperse them. Some videos on the internet showed the crowd gathering and chanting slogans expressing that they were refusing to leave their homes and objecting to the rental value set by the government for the new housing units which is the housing that the authorities plan to transfer them to.

The history of the building area dates back to 1963, when it was a group of small tin houses. It grew and developed to include buildings made with cement and iron. Later, the neighbourhood was classified as a random unplanned area (a slum), according to the classification of Alexandria Governorate and the Ministry of Local Development.

The neighbourhood was called Fishermen’s Shelter because most of its residents were fishermen in Lake Mariout until the lake became submerged in sewage and most of the lake’s fishermen lost their income and some of them were forced to work in other professions.

On the other hand, security services in Alexandria Governorate, commenting on the protests, said that the protests were dealt with and dispersed by force, and a number of the people participating in the protests and the instigators were arrested. In statements to Egyptian newspapers, the governorate explained that the prosecution was notified to start investigations under the supervision of the Supreme State Security Prosecution, which mandated the criminal investigation and national security services to conduct extensive investigations into the 42 protesters who were detained by orders of the military prosecutor.

The security services added that the state has not yet begun to collect the rent that the residents object to from any citizen, claiming that it was decided to reduce it for those who are unable to pay, after studying their case through the committees of social solidarity. Most of the residents said that they cannot pay the rent obligated on them, and it is not logical to displace them from their homes which they have lived in for decades (some of them were born there), just to live in houses in a faraway place, with expensive rent.

The people of Maawa al-Sayadeen refuse the governmental plans for many reasons including news of the establishment of tourist projects in their area for the benefit of a number of investors and businessmen. Then comes their objection to the rental value of new housing, which the government has set at around EGP 1,000 ($62.63) per unit per month.

The Egyptian authorities set the minimum income level in the country at EGP 1,200 ($75.15). Given that the majority of the residents are poor, this means that their families will have EGP 200 (less than $13) to live on for the rest of the month.

Search for businessmen and investors

The data revealed that the city of Bashair al-Khair 3 includes an investment area of 30 acres, including a cinema complex and a bank complex, a number of multi-purpose halls, a number of cafes and commercial stores on two floors and roofs with a total area of 39,000 square meters.

A history of displacement

From their point of view, it is not surprising, as the same thing happened with the people of Warraq Island and the Maspero Triangle. Observers also say that the regime enabled businessman Samih Sawiris to seize the islands of Amun and Qalada in Aswan, after a conflict that lasted eight years, last December, when the police forces stormed the Nubian village of Jabal Touqouq and fired tear gas at the people of the island, because they refused to hand the two islands to the businessman, despite the residents asserting that they owned parts of them.

The government also took a sudden step in November 2018 towards establishing a new urban community on Warraq Island. The Official Gazette, in its 47th issue (c), published a decision to expropriate the lands located within a 100-metre area on both sides of the Rawd al-Faraj axis of the Haram Road, and within a 30 metre distance in the vicinity of Warraq Island to implement the corniche area. On July 16, 2017, the security forces went to evacuate dozens of homes so they could demolish them, but the people refused and a number of them gathered and the forces released tear gas to disperse them, which resulted in the death of a resident and the injury of dozens.