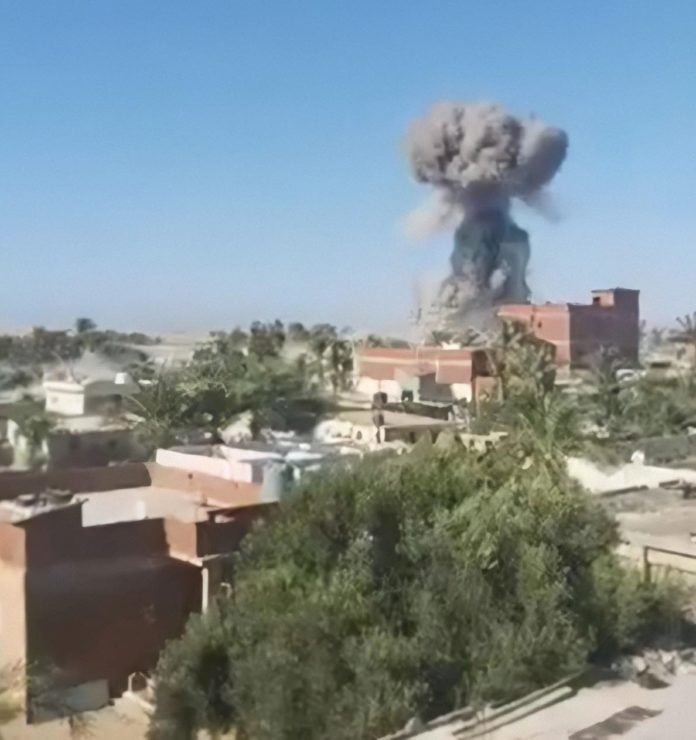 Eyewitnesses told Egypt Watch the details of a 10-hour attack on a security focal point on Rabaa village in Sinai on Tuesday, which resulted in the death of two soldiers and injury of six others, according to an official statement.

Eyewitnesses from the village of Rabaa, in the area of ​​Bir al-Abd in north-central Sinai, say that the attackers, belonging to the Sinai State, the local branch of ISIS, entered the village from the south, wearing paramilitary clothes, some of them masked. The sources pointed out that some of them were riding motorcycles, others in small transport vehicles, carrying multiple weapons and RPG launchers, while others carried explosive devices. The residents added that they lived more than an hour and a half in a state of war and terror, especially as they watched the gunmen roam the streets with their weapons and motorcycles, and that they, as civilians, are not accustomed to this, especially as their homes are very close to the targeted security headquarters. The witnesses pointed out, in the vicinity of the area, that the attack started with a clash between gunmen and individuals to secure the armed forces camp located in the village of Rabaa, while a car bomb attempted to reach the gate of the camp, but it exploded in the middle of the village’s commercial street, close to the camp gate. Later, another car bomb arrived at the camp’s security focal point, located on the international road.

Social media activists shared photos and videos of the armed clashes in the village of Rabaa, they said showed some of the gunmen roaming the area freely. After that, the residents saw the arrival of warplanes in the air, while explosions were heard in the southern desert behind the village.

On the anniversary of the detainees’ vehicle massacre mass killers are...