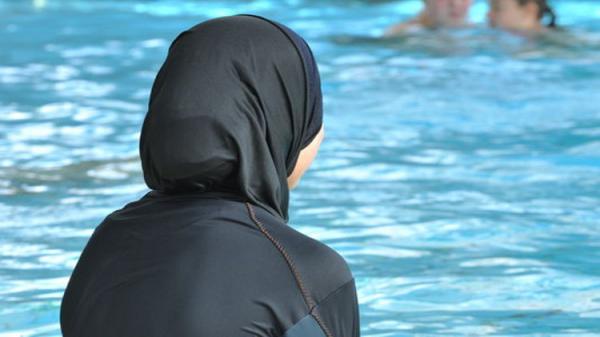 In Egypt, the Islamic swimsuit, or what is known as the burkini crisis, has been renewed with the coming of the summer for the sixth year in a row. Some hotels and tourist villages have banned veiled women from going to the swimming pool in the Islamic swimsuit.

Tourism officials usually confirm that there is no decision or law prohibiting the wearing of the burkini whilst swimming, but the government did not take any measures against the prevention of veiled women without legal justification. The crisis this year took on a fiercer dimension, after the spread of video clips and accounts of women on social media, confirming their prevention from bathing in the swimming pool. This time the ban did not come from village and hotel officials but rather from some citizens who went to these places. Many observers considered what happened to be racist and sectarian discrimination towards veiled women who represent the largest segment of Egyptian society.

The extensive interaction and re-emergence of the crisis came after the spread of a video clip showing an argument between two families in a village in the northern coast. Women were captured insulting the woman who was wearing the burkini. Women complained that officials in some hotels and tourist villages prevented them from entering and staying or going to the swimming pool wearing the burkini.

Many social media activists interacted and shared the video, stating that the comments indicated racism and contempt for veiled women. Some commented that the veil and the Islamic swimsuit is disgusting, while others defended the women’s right to enjoy saying that the burkini is legal even in Europe and the quality of the fabric is appropriate and produced by international clothing companies such as Nike and Adidas.

The case turned later to a campaign of solidarity with veiled women and their right to wear the burkini and rejected the strange racism that they are exposed to. Some (unveiled) women and celebrity’s wives published their photos in the swimsuit in support of the veiled women. Others also called for a blacklist of hotels and tourist places that persecuted veiled women to boycott them and not deal with them.

Every time the crisis of legitimate swimsuits is renewed, tourism ministry officials explain that the burkini is allowed in all villages and tourist hotels. Also, the tourism board issued a leaflet for all villages and hotels that there are no instructions prohibiting wearing this type of swimsuit.

According to media statements by Ali Ghoneim, member of the Board of Directors of the Egyptian Federation of Tourist Chambers, any objection from any individual to Islamic swimsuits must be faced with submitting a complaint. Majid Fawzi, President of the Hotel Establishments Chamber, said in a television statement when the crisis arose last summer: “The Chamber issued a circular to all hotels, by requiring them to allow women to [use] swimming pools with Islamic swimsuits, provided that it is appropriate in terms of [their] health.” He explained that there are many complaints received by hotel establishments, that some hotels prevent guests from wearing the burkini.

In August 2017, the Ministry of Tourism demanded that legal swimwear be permitted as long as it is of the same material as regular swimsuits, in order to prevent any religious or other discrimination, and to preserve the reputation of Egyptian tourism. This came after news sites in 2015 circulated a slogan raised by hotels and tourist villages entitled “No veils are allowed,” which prompted some to wage a fierce war against “racism against veils” stressing their right to go to swimming pools with what is called “Islamic swimsuits.”

Activists on social media also launched a campaign entitled “You do not have the right to prevent me,” in which many women prevented from swimming pools participated because of being veiled in a country where more than 80 per cent of its population are Muslim.