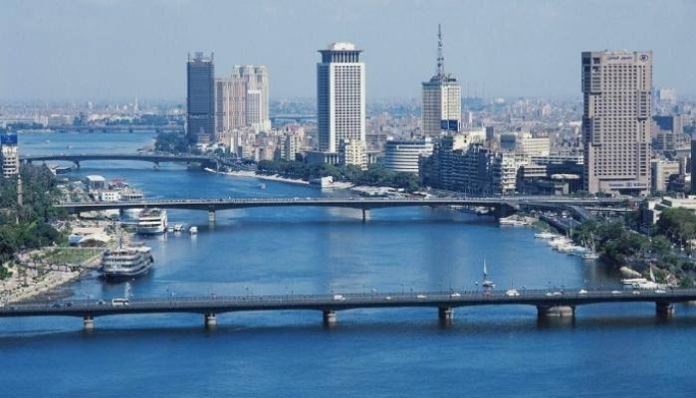 The voting process in the senate (the second chamber of parliament) for Egyptians in many countries of the world began on Sunday morning. A strategy of four axes was recently adopted by Egypt to confront the repercussions of the Renaissance Dam that Ethiopia built on the Blue Nile, in conjunction with announcing that the negotiations will reach a dead end. This strategy depends on “rationalisation,” “purification,” “development” and “awareness,” according to the Egypt’s irrigation ministry, in the face of a potential water shortage crisis.

The Egyptian government based its strategy on four axes: the desalination of seawater, triple treatment of wastewater, rationalisation of water consumption, and increased punishment for wasting water. But it raised questions about the success of these plans in compensating for the water deficit. According to official data, Egypt’s water resources amount to about 60 billion cubic metres annually, while the actual water sector usage amounts to about 114 billion cubic metres. Cairo fears the potential negative impact of the Grand Ethiopian Renaissance Dam on the flow of its annual share of the Nile River water (55.5 billion cubic metres), the primary water source for the country.

Egyptian studies confirm that if there is a shortage of 5 billion cubic metres of Egypt’s share of the Nile water, this will waste millions of acres of agriculture. The authorities stated that Egypt is the only country in Africa that intends to reuse water four times, to overcome the shortage of its water resources, as Egypt entered into water poverty at the end of last year. This announcement means that Egypt already started the water poverty stage before the Renaissance Dam is full. According to international definitions, any country enters the water poverty stage when the per capita share becomes less than a 1,000 cubic metres per year.

The Egyptian Minister of Irrigation, Mohamed Abdel Aty, announced a decrease in the per capita share of water to less than 600 cubic metres per year, expecting it to drop to less than 350 cubic metres per year, during the next 30 years. In the face of declining per capita water availability and significant concerns about what the storage of water behind the Renaissance Dam will do to Egypt’s share of the Nile, Cairo is trying to search for new water sources. As part of the Egyptian water strategy the government has recently expanded building desalination plants, whether seawater or groundwater.

Egypt also started shifting to rational irrigation, wastewater treatment, and agricultural drainage. Before that, parliament passed a law in which it was reluctant to cultivate crops that consume a lot of water, such as rice, which led to Egypt importing rice. Authorities also resorted to raising water prices, before issuing directives to toughen penalties for wasteful use of water, and the need to expand the use of water-saving tools. But these solutions appear to be very modest, and they cannot compensate for the shortage of the natural flow of the Nile River over more than 1,500 kilometres, according to observers.

The implementation and development of 47 seawater desalination plants will provide Egypt with only 2.44 million cubic metres per day. Faced with this, Professor of Dam Engineering at UNITEN University in Malaysia, Muhammad Hafez, says that Egypt is unable to desalinate the required amount of water, pointing out that it is not the best solution to compensate for the expected water deficit. Hafez ruled out relying on groundwater to fill the water deficit as well because the groundwater originates from the surface of the waters of the canal branching off the Nile. He says: “The decrease in the level of the Nile inevitably leads to a decrease in the level of groundwater, and in some areas, it dries up.”

As for the groundwater in remote desert areas at depths ranging between (600 – 1,200 metres below the surface of the earth), it cannot be depended on, because most of it is not renewable, and no more than 4 or 5 billion cubic metres can be extracted annually, according to Hafez. He also pointed to the high cost, both in the stages of water withdrawal and treatment. “Likewise, citizens are not able to buy expensive desalinated water.”

According to the assistant professor at the Egyptian Agricultural Research Centre, Abdel Tawab Barakat, “there is no alternative to the Nile River in Egypt,” pointing out that “the government’s talk about rationalising consumption or toughening sanctions will not quench Egypt.” Barakat reduced the effectiveness of those industrial alternatives in compensating for the losses from the flow of the Nile. He accused the government of blaming citizens for evading its responsibility for the failure of negotiations. Barakat called for repairing drinking water networks, half of which are wasted due to their wear and tear, and adopting modern methods of agriculture and irrigation, as irrigation methods have been rudimentary until now. He also stressed the importance of preserving the state’s historical water rights and putting it on its list of priorities. He concluded his speech, saying: “All strategies will not substitute for the waters of the Nile.”