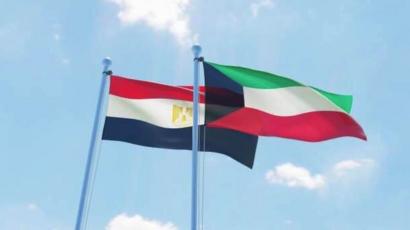 A new crisis has erupted between Egypt and Kuwait, this time due to the suspension of flights between the two countries. The dispute started with mutual statements and turned into crossfire on social media sites, then the Egyptian Foreign Ministry interfered and tried to calm the tension. The clash between Egypt and Kuwait has noticeably renewed lately, as a result of abusing Egyptian expatriates working in Kuwait, in addition to offensive statements against Egypt issued by Kuwaiti parliamentarians and activists through social media sites, followed by a response from Egyptian media personnel.

The new crisis related to the suspension of flights has renewed clashes between the two parties, especially as it endangers the fate of many Egyptian workers in Kuwait due to their inability to complete their contracts and travel to Kuwait.

Stages of the crisis

On August 1, EgyptAir, the official carrier in Egypt, announced the start of its first scheduled flights to the airports of Kuwait, Istanbul, and Baghdad. That decision came after a decision to open airports and international air traffic to receive regular flights from airlines in accordance with the precautionary measures established by each country to prevent coronavirus. However, EgyptAir’s announcement was followed in minutes by a response from Kuwait through the General Directorate of Civil Aviation of Kuwait, where it announced its decision to ban commercial aviation coming from 31 countries, including four Arab countries.

The decision of the Kuwaiti Civil Aviation came, according to a statement on its official account on Twitter, according to the instructions of the health authorities, and in view of the situation and the repercussions of the spread of corona regarding high-risk countries, until further notice.

The Egyptian company said that the suspension of its flights came in light of the decision announced by the Kuwaiti Civil Aviation Authority to suspend commercial flights from 31 countries, including Egypt, in light of the implications of the spread of the coronavirus. EgyptAir called upon its clients to review their reservations on Kuwait’s flights by contacting EgyptAir’s telephone service centre or visiting EgyptAir offices and its travel agents.

The suspension of flights between the two countries was a sudden shock to the thousands of Egyptian workers who work in different professions in Kuwait, who returned to their homeland for the holiday and failed to return to work in Kuwait. There have been millions of tweets and posts from Egyptians denouncing Kuwait’s stance.

Egyptian activists reminded the Kuwaitis of Egypt’s supportive stance in the year 1990, when the Iraqi armed forces took over all of Kuwait and the occupation lasted for seven months until the Egyptian army participated in the liberation of Kuwait. The Egyptians considered that Kuwait should not pay back the favour by preventing them from travelling in light of the support of Kuwaiti activists for their government’s decision.

The Egyptian Ministry of Foreign Affairs, in an official statement, tried to calm the mutual escalation and affirmed the two countries’ joint struggles. The Egyptian Foreign Ministry condemned some attempts on social media sites that seek to insult the two people.

The fate of the workers

On the other hand, the authorities’ decision in Kuwait caused an economic disaster and heavy losses for some airlines, travel and tourism offices. Sources in the Egyptian Ministry of Civil Aviation estimated airline losses due to the cancellation of Egyptian travel reservations for Kuwait at EGP 100 million (about $5.6 million).

The Egyptian national airline was to implement 30 flights per week (round trip) towards Kuwait, that is, about 120 flights a month. The value of ticket is EGP 80 million ($5,000) in both directions, or about EGP 40 to 50 million ($2.5 million to $3.1 million) in outbound trips only to one company, in addition to the revenues of services provided in both directions. The sources pointed out that 60 one-way trips were frozen, and their tickets, which are between EGP 40 and 50 million, were paid in one company.

Kuwaiti companies informed the private sector whose workers are Egyptian and outside the country to terminate their contracts, which amounted to more than 300,000 people.

Why is Vodafone withdrawing from Egypt?