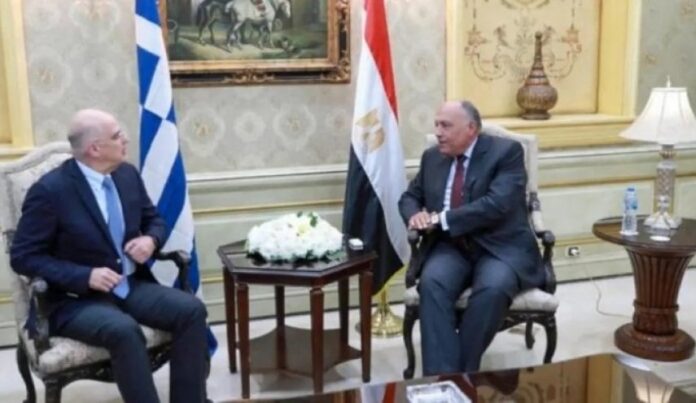 Egyptian politicians and opponents have attacked the Egyptian-Greek agreement to demarcate the maritime border between the two countries. Under the title “An official statement to the Egyptian people about the crime of demarcating the maritime borders with Greece,” the parties warn of the catastrophic damage caused by General Abdel Fattah al-Sisi’s regime on Egypt.

The statement, published on social media, demanded that the Egyptian people reject this suspicious agreement, defend the rights of historical Egypt, and protect its natural resources. The statement directed a request to the Egyptian military establishment to confront these policies and the resulting agreements. The statement stressed that al-Sisi is moving according to the plan of its regional and international supporters. The latter guarantees its survival and continuity in power, even if it is at the expense of Egyptian national interests.

The statement pointed out that the maritime border demarcation agreement with Greece means that Egypt cedes large areas of its economic waters, hundreds of billions of dollars, and eliminates future opportunities for the Egyptian state to benefit from its wealth in these areas. He explained that the foreign policies of al-Sisi’s regime in the Mediterranean region are related, for the most part, to political bickering and intrigue, and not to defending Egypt’s rights in this strategic region. Among the most prominent signatories to the statement are the former presidential candidate Ayman Nour, the academic Essam Abdel-Shafi, the former investment minister, Yahya Hamed, and several parliamentarians, journalists, and media professionals residing abroad.

Netanyahu: Sisi is a dear friend