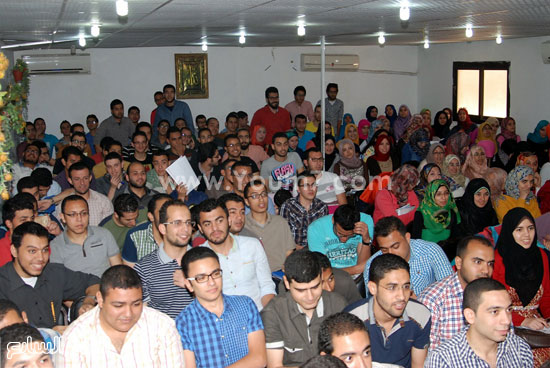 With the start of a new school year nearing in Egypt, security and educational campaigns are beginning to close private tutoring centres and chase teachers and students who have started attending the new year’s lessons.

Activists on social media shared, during the past few days, pictures and videos showing the security raids on many private tutoring centres and study group rooms inside private homes and on the rooves of buildings. Observers criticised the scenes of teachers being arrested and treated like criminals, in addition to the students being terrorised. Parents wondered how children would get access to education. Egyptian schools suffer from overcrowding and provide poor services, which made many students and parents rely on private tutoring classes as an alternative educational source.

Another question that has arisen after the campaigns to close private tutoring centres is related to the teacher’s expenses and living needs in light of the low salaries. Teachers resort to giving private tutoring classes after the end of the official working hours to improve monthly income.

Parents believe that the continued closure of private tutoring class centres will increase the burden and cost. This decision will open up the increase in reliance on private tutoring (individually) in homes instead of groups. Many students’ parents explained that private tutoring centres are a must, especially since the new educational system now in effect needs more clarification for students.

The crisis is mainly related to high school students, and it is the stage that determines which colleges a student can join. Parents demanded an appropriate alternative that they can rely on for their children’s education, especially since the price of private schools are very high. Parents defended private tutoring despite their admission that they were exhausting their salaries, considering that their children go to school as a waste of time in light of the density of classes, teachers’ lack of competence and lack of regular study.

Meanwhile, Tariq Shawky, Minister of Education, said that private tutoring centres will remain closed and will not be reopened.

During a press conference, the minister claimed that private tutoring will not benefit students under the new examination system and that their presence will harm the educational process. He added that his ministry wanted to implement an educational system befitting Egypt and ensuring equal opportunities.

The closures and raids came in contradiction to Said Fouad’s statements, head of the central administration in the office of the head of the tax authority. Fouad said that giving private lessons falls under the clause of professional activity such as a doctor or lawyer and others, and taxes are collected. He revealed in a media interview that the taxes from private lessons exceed EGP 500 million ($31.4 million) in one year, making huge profits.

The Egyptian official added that authorities involved in the fight against tax evasion have been monitoring private tutoring centres during the past two years. Fouad considered that this does not contradict what the state is doing to fight private lessons. He considered that collecting taxes is not an acknowledgment of private tutoring classes, since taxes are obligated on revenue.

Just as the closure of private tutoring centres angered students and their parents, the most significant anger was from teachers whose livelihoods were threatened, in addition to feeling offended by the police footage showing scenes of their arrest.

Ismail explained that the basic wage for most teachers does not exceed EGP 500 ($31.40), forcing most of them to work in other jobs such as construction, retail, and as drivers. He demanded that the minimum for teachers be EGP 7,000 ($440).

Ismail pointed out that teachers’ salaries, incentives, and bonuses were frozen in 2014 due to the Minister of Education’s decision at the time, to freeze allowances and variable wages. He also emphasised that the most prominent education crises are summarised in the budget and wages. The government does not adhere to the budget stipulated in the constitution, which is estimated at four per cent of GDP. The most recent budget stated that only two per cent of GDP has been allocated for education.