EgyptWatch
Home Egypt Watch New tension between Cairo and Rome due to the arrest of an...
Facebook
Twitter
WhatsApp 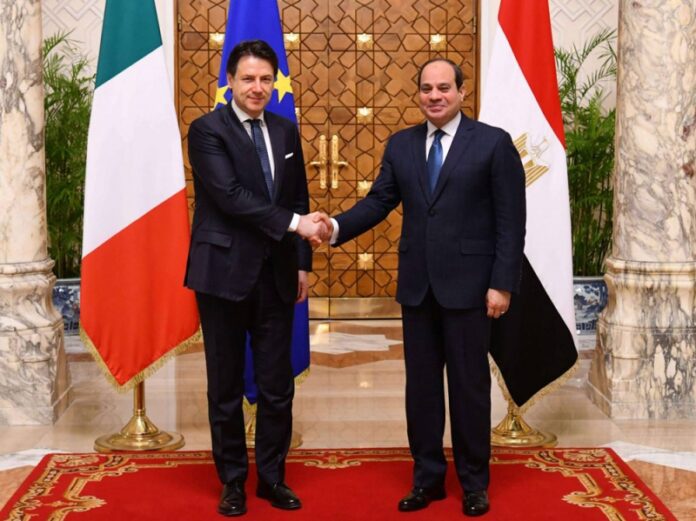 Tension has risen again between Cairo and Rome, after the arrest of an Italian youth in Egypt, days ago.

Authorities arrested Nicolas Valenza upon his arrival at an airport, due to his possession of narcotic substances. Egyptian diplomatic sources said that the 27-year-old Italian man Nicolas Valenza was hiding drugs. Security officers discovered him at Cairo airport, where he was transferred to the relevant investigations department. However, the problem that occurred was that security forces did not allow him to communicate with his family or the Italian embassy in Cairo until two days after his detention.

The young man stated that he lives in Spain permanently, and that he was not aware that the kind of drugs he had in his possession was banned in Egypt, and was intended for his personal use only, and that he did not intend to trade it. According to the sources, Italy is currently trying to speed up the agreement with Egypt to deport Valenza to Rome before the news spread in the Italian media, which hates the regime of Abdel Fattah al-Sisi, since the Murder of Giulio Regeni.

Relations between Egypt and Italy are tense, due to the failure of judicial cooperation to uncover the truth about the killing of the Italian student, Giulio Regeni, in Egypt in 2016, and the arrest of the Egyptian student, Patrick George, who is studying at an Italian university. The sources stated that the problem facing the end of this incident is the limitation of judicial cooperation agreements between the two countries to a deal for the implementation of provisions of a commercial and civil nature and another arrangement for the exchange of convicts’ exchange imprisoned between the two countries. The sources pointed out that the current contacts focus on the possibility of deporting the young man quickly by a decision of the Attorney General or even from the Republic’s President. The sources explain that his continued imprisonment has possible impacts on Italian media monitoring in Rome and Cairo’s relations.

The event will not be received by Italian public opinion as a drug issue. Still, the case will revolve around the seriousness and fairness of judicial investigations in Egypt, which has a bad reputation in Italy. It also will open discussing the conditions of detention that international human rights organizations describe as inhuman, and expose detainees to imminent dangers.

Judicial cooperation between Egypt and Italy in Regeni’s case is currently going through a stalemate and failure phase, after making sure that there was no political intention to solve the issue. Italian media say that Cairo is betting only on extinguishing Regeni’s case by expanding military and economic relations between the two countries, and the steady increase in Italian arms exports to Egypt.

The Arabic Network for Human Rights Information suspends its activities