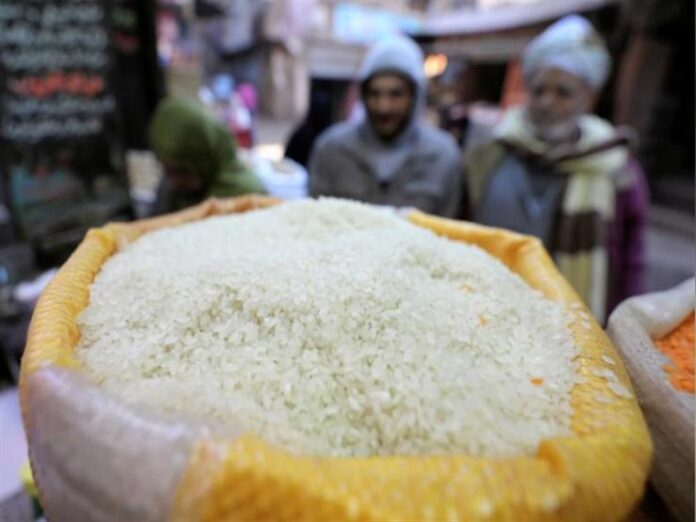 The Egyptian government tends to reduce the price of supplying a ton of rice from farmers during the harvest season next September, which plunged farmers into a state of despair and general discontent. The authorities seek to reduce the price of receiving rice from farmers to between 4,400 and 4,700 EGP per ton (approximately $ 296), depending on quality and type, down nearly 1,000 EGP from last season.

The official, who refused to be identified, added that the Egyptian government imports rice quantities from abroad, despite the quality of the Egyptian crop, indicating that the insistence on importing will ultimately lead to higher rice prices for the consumer and negatively affect the state treasury. For his part, the Secretary-General of the Peasants’ Union El-Nubi Abu Al-Lawz said that there is a state of anxiety that controls rice farmers in the Egyptian governorates, in light of the decline in the ton of rice price. He pointed out that there are fears that the government will not be received the crop from farmers with the start of its supply next month, which costs farmers other expenses to store it. He stressed that what was reported about the price of supplying a ton of rice caused a state of anger among farmers. He accused the responsible authorities of being behind the collapse of the strategic rice crop, once by reducing ts area’s cultivation, claiming that it is water-intensive cultivation, and currently by lowering its price, to force farmers not to cultivate it by force.

Abu al-Lawz called on the government to receive the rice crop at a fair price, to cover the cost of planting and harvesting, and to avoid falling prey to crop-gathering merchants and monopolists in the markets. He described the prices set by the Ministries of Supply and Agriculture as “ridiculous” and does not provide good profit for the farmer to bear High production cost.

It is noteworthy that Egypt’s rice production in 2014 reached 5.5 million tons. The Egyptian government decided to reduce rice cultivation with the 2017 agricultural season due to the Ethiopian Renaissance Dam crisis and the decrease in Egypt’s share of water, from 1.1 million acres to 700,000 acres, leading to Reducing production less than 3.6 million tons.